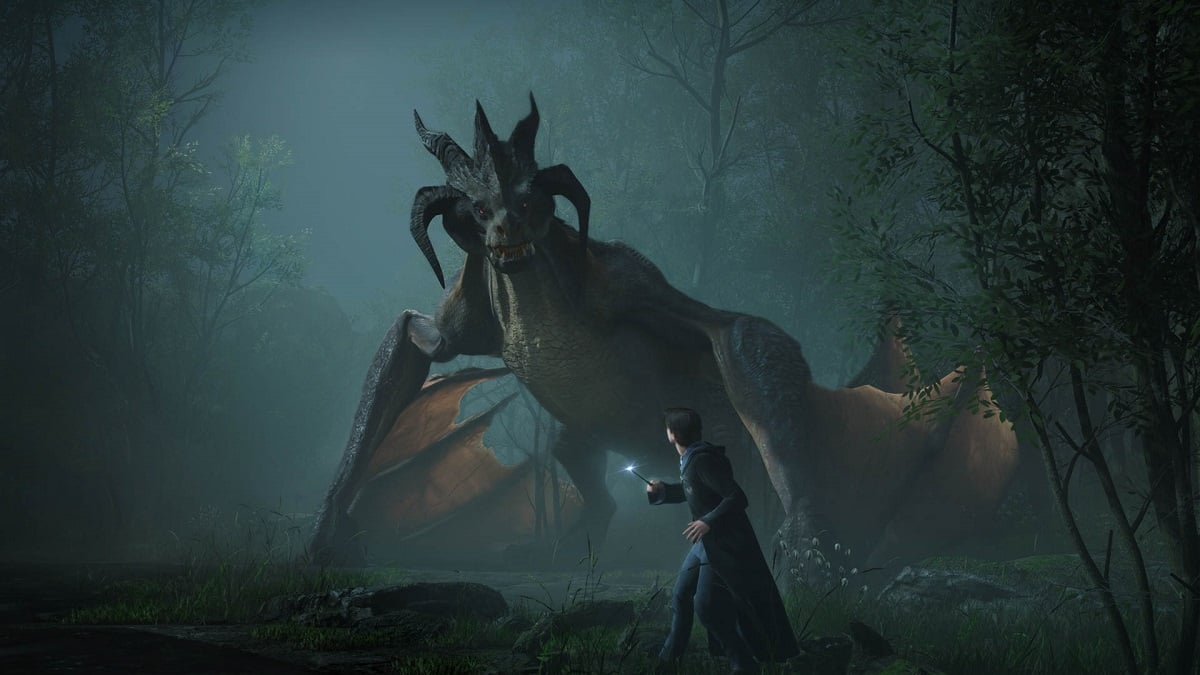 Despite the uncertain future of its studios, Warner Bros. might just have a GOTY contender cooking in Hogwarts Legacy. Shortly after its 2020 reveal trailer became the most-viewed game trailer on Sony’s YouTube channel, the Hogwarts Legacy State of Play earlier this year delivered what so many fans had been eagerly anticipating: a gameplay deep dive that illustrated what’s truly possible in the game.

Now that the release date has finally been confirmed as February 10, 2023, all eyes are on whether or not Avalanche can deliver the Harry Potter game fans have been dreaming of for decades. However, despite the meaty demonstration the State of Play gave of student life, Hogwarts and the world surrounding it, and its systems, there’s still so much that hasn’t been revealed yet. Today we’re going to take a deep dive into seven major questions that have yet to be answered ahead of Hogwarts Legacy’s launch.

1. What side activities will be included?

Between taking classes, fighting back a goblin uprising, and rescuing an array of magical creatures, players should have their hands full as it is. That said, every great RPG needs its fair share of side activities, and the Wizarding World is full of natural opportunities to fill out students’ time.

We already know that vendors out in the countryside will offer side quests, and that puzzles (possibly linked to Merlin) will be scattered around the world waiting to be discovered. Collectibles have also been confirmed via a Collections tab on the pause screen (see below). That leaves three substantial question marks left up in the air: wizard’s chess, dueling, and quidditch.

The inclusion of dueling was somewhat hinted at during the Defense Against the Dark Arts section of the State of Play, and Quidditch was recently reported by prominent Harry Potter content creator Retro Raconteur to be non-playable in the base game. That leaves wizard’s chess, which is far and away the easiest of the three to implement on a technical level. Here’s hoping chess lovers will have something to look forward to on February 10th.

2. How many years will Hogwarts Legacy cover?

This is simultaneously one of the simplest and most debated questions to come up in the Hogwarts Legacy community. There are two main arguments for multiple years:

1. All four seasons were shown off during the State of Play, so why go through all that effort if players will only experience each once?
2. Since we begin Year 5 in 1890, playing through to Year 7 would let us see Dumbledore as he’s just entering school as a first year.

While these both make sense, it’s worth noting that the narrator in the State of Play only explicitly mentions the player being a fifth year. Keeping the narrative to one year would also leave Year 6 and Year 7 for sequels, with the final entry of the possible trilogy culminating in befriending and questing with a young Dumbledore.

There’s no clear-cut answer on this just yet, but with WB having reaped the rewards of a whopping eight original films (not counting the Fantastic Beasts franchise), it wouldn’t be surprising in the slightest to see them push to make Legacy a series.

Hogwarts Legacy is a game many have been dreaming of for over 20 years, so it’s only natural to wish for a decent amount of replay value. Outside of being able to do a “good” and “evil” playthrough, one of the easiest ways to incentivize multiple playthroughs would be to offer a somewhat unique experience depending on which house players choose.

This could be anything from unique starting stats to affinities for certain subjects (e.g. Hufflepuffs learning Herbology skills at a faster rate). There’s also the possibility of having house-exclusive content such as unique side quests and common room activities; after all, being able to play a few rounds of wizard’s chess in the Ravenclaw common room just sounds right. Avalanche likely won’t go so far as to have player treatment vary by house, but some friendly rivalries only accessible to certain houses wouldn’t be unwelcome either.

4. What’s the extent to which you can be a dark wizard?

If long-time fans could choose one main “wow” moment from the Hogwarts Legacy State of Play, most would point to when the player cast Avada Kedavra. Known as “the killing curse,” this was the moment that solidified the ability to become a dark witch or wizard. But what will going down a path of darkness actually entail?

For one, will there be any restrictions on the use of Unforgivable Curses? There’s no world in which players would be able to cast them on fellow students (having the option to kill, torture, or control the minds of teenagers in a video game is just begging for trouble), but even being able to cast them at will on dark wizards and goblins would make combat far too easy. Will these be restricted to finishers, or is there another way Avalanche might try to balance them?

What about the consequences of using those forbidden curses? Could overuse result in the player being pursued by the Ministry of Magic or even Dementors? Having a Grand Theft Auto-like wanted level in this way would certainly make exploring the open world more exciting for dark path players.

Finally, how will the community around Hogwarts itself react to players’ evil actions? It’s doubtful that dark path players would have to leave the school, but would potential companions be less likely to befriend them? Or could existing companions leave depending on the choices made?

There’s a ton that still needs to be explained here, especially since it’s not even clear if being a dark witch or wizard goes beyond casting Unforgivable Curses. If players can actually join the opposing faction and go to war with Hogwarts in the end, that’d be incredible.

5. How important will companions be to the overall experience?

Companions are the cornerstone of most great RPGs. Whether they serve as an emotional anchor for players like The Outer Worlds’ Parvati or are just plain entertaining like Dragon Quest XI’s Sylvando, they can often make or break the experience.

We know that there’s at least one companion from Gryffindor, Hufflepuff, and Slytherin, with more teased in the State of Play. We also know that they’ll be featured in major story sequences and appear in class with you. But what about combat? Will they each have a unique specialty (e.g. the creature-loving Poppy exceling in attacking with magical beasts)? What incentive will there be to choose one to adventure with over another?

Beyond more practical use cases, my personal hope is that companions will feel like actual friends. One of the greatest draws of the Harry Potter series is the friendship Harry, Ron, and Hermione had despite the adversity they faced. Building a bond with companions may start with loyalty quests and continue through moments big (main quests) and small (celebrating holidays together). In the end, though, only time will tell how deep their stories are and how relatable they’ll end up being.

6. What role will classes at Hogwarts play in day-to-day life?

This is another one that’s rather divisive. On the one hand, Avalanche has clearly stated that players will attend classes to learn various spells, potions, and skills. On the other hand, Hogwarts Legacy is an action-RPG, not a school simulator like Two Point Campus. Naturally, there’s only so much time players will spend actually attending classes compared to exploring the world, fighting, and so on.

Some have suggested that a class schedule system like Bully had would be a perfect fit, while others argue that classes will probably only be available when the story needs players to learn a new spell or skill to progress. Whether or not classes are skippable will also depend on which approach Avalanche takes here. And if someone does skip classes, could that result in losing access to certain spells or upgrades? All of this is still a mystery.

Next to house-exclusive content, this is the most important question when it comes to replayability. There’s plenty of potential already; for instance, it was revealed that players can unleash Chinese Chomping Cabbages onto the battlefield to attack foes. Might it be possible to specialize in herbology to further mastery over wielding magical plants? Or could someone who specializes in potions go beyond the basics to brew potions that grant massive buffs and debuffs?

What it all comes down to is if players will be able to max out all of their abilities in one playthrough. If so, there’s no real need for specializations. However, if we’re forced to pick and choose what to invest in, this would only further incentivize multiple playthroughs with different houses–something that would be otherwise unnecessary for all but the most hardcore fans.