E3, in its relatively short history, has had inextricable ties to video game culture. Its debut in 1995 heralded the video game industry’s foray onto the world stage. Here, at E3, companies vied for their audience’s attention.

Through all of the hyper-charged excitement and cringe-inducing stumbles, it remains gaming’s most anticipated annual event. Over the past twenty-three years, E3 has evolved and adapted to fit the ever-changing landscape of the video game industry and culture surrounding it.

Though video games had been around for nearly two decades, in 1991 many people still failed to take it seriously. Tom Kalinske, CEO of Sega America from ’90 to ’96, recalls the casual disdain directed towards gaming:

That particular year it was pouring rain, and the rain leaked right over our new Genesis system. I was just furious with the way that CES treated the video games industry, and I felt we were a more important industry than they were giving us credit for. So I started planning to get the hell out of CES.” – (“A Tale of Two E3s”, MCV)

Video games had a reputation as nothing more than toys, thanks in large part to Nintendo’s marketing strategy. Nintendo had a firm grasp on the younger demographic, forcing competitors to seek out different audiences.

Games like Myst and Mortal Kombat came about to appeal to the older crowd. While they certainly did so to great effect, more than a few people had issues with the blood and violence that catered to the adult demographic. Ironically enough, the pendulum swung the other way: video games were turning kids “aggressive and violent”.

Fearing government oversight, game publishers formed to create the ISDA (later ESA), a united front to represent the industry. The ISDA proposed the ESRB, a standardized rating system for games based on the existing ratings for movies. Congress approved it and allowed the gaming industry to continue (relatively) unfettered.

In lockstep with gaming politics marched technology. The burgeoning home-PC market and widespread use of 3D graphics gave gaming the opportunity to branch out. In 1993, Sony established SCE to begin development on the “Playstation project”. This was a huge step forward for gaming, as Sony had a long-standing reputation as a reliable electronics company. 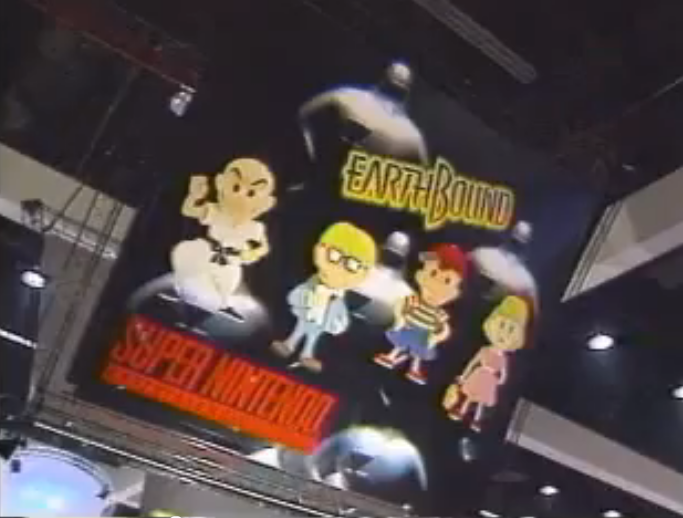 The first E3 came at a crossroads in gaming history. The console wars were in full swing and everyone was scrambling for a piece of the pie. The first E3 was an unprecedented success, clocking in over 40,000 attendees.

Games from the latter half of the 90s heralded the industry’s next big change: presentation. Titles like Tomb Raider and Resident Evil pushed tech to their boundaries and explored cinematic storytelling.

As the tech developed, other companies saw opportunities within video games. In 2000, Microsoft joined E3 as one of the keynote speakers. PC gaming, the XBox, and deep pockets gave them the footing they needed to find a place onstage.

Passing into the new millennium saw the console wars of the 90s begin to die out. Lackluster sales had passed hardware like the Jaguar and 3DO into relative obscurity. In 2001, SEGA stepped down as a mainstage presenter, shifting focus onto software after the Dreamcast’s disappointing performance.

The industry had moved into the beginning of modern gaming.

By the time the 6th generation of consoles had rolled out, gaming was getting bigger and bigger. Platforms had largely settled into the Big Three: Sony, Microsoft, and Nintendo. By 2002, these three companies would be the primary presenters at E3 for the next eight years.

2005 marked the first time E3 gained wider coverage by way of G4 television networks. That same year saw E3’s attendance reach a staggering 70,000 conference-goers. The hype surrounding the expo would only grow, as 2005 saw the announcement of the PS3 and XBox 360.

The ESA, E3’s organizers and formerly the ISDA, met with demands to scale down the conference. Exhibitors felt it had become difficult to reach their target audience to the overwhelming presence of gaming media. Bloggers and press filled the expo halls, resulting in what felt like diminishing returns.

As a result, 2007 and 2008’s E3s rebranded themselves as the “E3 Media & Business Summit”. Attendance was limited to a relatively small 10,000 people. In a bit of irony, this ended up hurting E3 as media coverage had become severely limited. In an effort to reach what they perceived as their “target demographic”, the ESA ended up alienating the majority of their audience. As game industry Michael Pachter put it:

“We think that the traditional 60,000 person trade show may have been too large to manage effectively, but think that the new 3,000 – 5,000 person shows are a terrible disappointment […] We believe that the lower costs for the show were more than offset by the loss of millions of dollars of free publicity, and are hopeful that the ESA restores the audience to a manageable, but spectacular size.” (“E3 is Headed for Extinction” – gamesindustry.biz)

Although E3 had become more manageable, it was on the verge of dying. The logistical nightmare of dozens of thousands of attendees had at this point become a necessity. Bloggers, journalists, and personalities had become the expo’s lifeblood.

It was clear that a smaller attendance pool had ended up hurting E3. For 2009, the expo opened its doors once again to a wider audience of 41,000 attendees. 2010 saw for the first time other presenters joining The Big Three. Ubisoft, Konami, and EA threw their lots in and further expanded E3’s reach. In 2017, E3 opened up its doors to the public for the first time.

With streaming services and online platforms growing in popularity, E3’s popularity continued to grow. To some presenters, it became abundantly clear that they’d have to change their approach. In 2013, Nintendo departed from E3 proper and began showcasing their games through “Nintendo Direct’ presentations. Following suite, EA launched their own presentations with “EA Play”.

Over the past few years, E3 has also given indie games increasing coverage. This year alone, big-name publishers like Microsoft and Bethesda featured indies as part of their mainstage lineup. New technologies and demographics add to E3’s ever-growing audience-base.

Another unintended side-effect of the indie game scene is AAA developers tackling Early Access concepts. Games like Rust and PUBG found incredibly widespread audiences. However, many fans have expressed frustration with many aspects of these games, updates, and optimizations to name a couple. It was only a matter of time before AAA companies swooped in to stake their claim.

E3 2018 saw games like Fallout 76 and Battlefield V cashing in on these trends. Many have speculated that with considerably more resources, these unpolished Early Access ideas may have a chance to properly shine.

Despite E3’s history as gaming’s most prestigious event, it continues to present a logistical nightmare. Our own Editor-in-Chief detailed his horrid experience with attending the expo and he’s not alone in these concerns. The ESA plans to expand the venue for better accommodation, but that seems a long time off.

Which begs the question: Is E3 even necessary anymore? Perhaps it’s merely a byproduct of a different era, a time before self-made developers and 24/7 gaming coverage. Whether or not it will adapt to the ever-changing landscape remains to be seen.