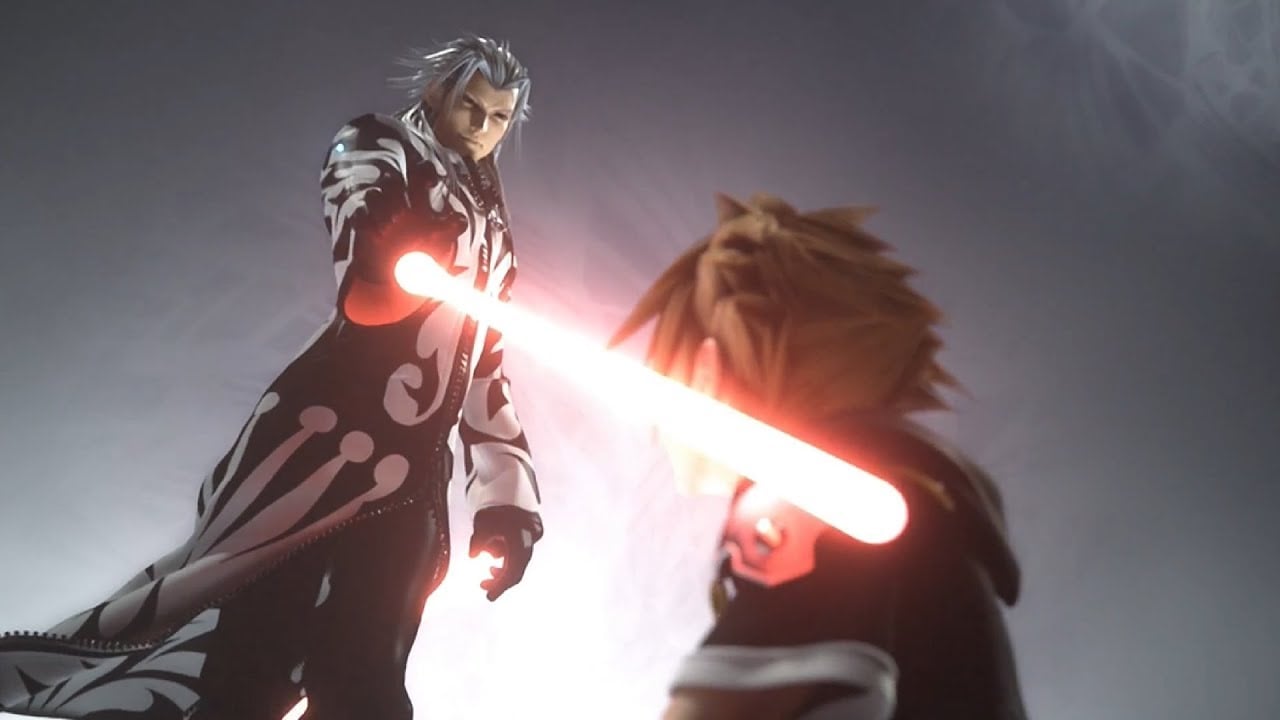 The final battle of Kingdom Hearts II is an all-time great among JRPG finales!

Great Moments in Gaming is a column wherein we look back at some of the great gaming moments that have made a significant impact on our view of this medium and how we have come to understand it. This week we’re reliving the adrenaline-filled final battle of Kingdom Hearts II.

The Kingdom Hearts franchise is home to some of the most epic battles in JRPG history but even with that caveat in mind, few battles in this series can compare to the incredible final encounter of Kingdom Hearts II.

As the player finally approaches Xemnas at the tail end of the game, the tension and gratification of the encounter are both palpable. Having battled through Xemnas’ legions of nobodies and faced off against each of the 12 other Organization members, the anticipation to put an end to the sinister shadow group for good is a powerful motivation.

What culminates at the end of Kingdom Hearts II is a three-stage final encounter, with each stage ratcheting up the tension and required skill from the previous section. Though the first battle, fought amid the skyscrapers of The World That Never Was is something of a standard affair, things turn wildly frenetic shortly thereafter.

Switching control between Sora and Riku, the player must run across the shattered remnants of the skyscrapers, smashing through the debris as they make their path to the armored second form of Xemnas. Sat atop a throne in his own inversion of Kingdom Hearts, Xemnas batters back Sora and Riku with near indifference, making his new form all the more intimidating.

Through a speed bike fight with an intergalactic dragon fortress and several tactical sections forcing the player to overload the engines which power Xemnas’ domain, this section of Kingdom Hearts II packs a lot of punch into its slick, 30-40 minute duration.

Finally, with Armored Xemnas felled, the player can challenge the leader of Organization XIII in his last form. Wielding what looks like Darth Vader’s lightsaber and packing a barrage of devastating laser attacks, this form of Xemnas will be the one that sticks out most in fans’ memories.

As Sora and Riku both become incapacitated several times during the fight, control switches back and forth between the two regularly. Being able to fight the final battle with a redeemed Riku at your side is a really nice touch already but putting the player in direct control of him from time to time only adds more nuance and power to this already charged encounter. After all, this adventure started with Sora and Riku, it ought to end with them.

As the friends link keyblades together, launch unified attacks, and slowly whittle down the life bar of Xemnas, Kingdom Hearts II saves its coolest, and most frightening, enemy maneuver for last. With Xemnas on his last legs, he unleashes a fiercely devious attack that surrounds Sora and Riku with an insurmountable barrage of free-floating lasers.

When the attack initiates, players have to tap the cross and triangle buttons in tandem in order to reflect the lasers back to both characters. Again, the intricacy here speaks volumes. In all honesty, this section isn’t really that hard but making the player tap two buttons, back and forth, over and over, for almost 60 seconds makes it really feel like the last leg of an extended endurance battle. I’m not sure if everyone turns their controller sideways for this part of the battle, but you’d better believe this writer does.

At last, with Xemnas (and the player) thoroughly exhausted, Kingdom Hearts II allows you to strike the final blows, but not before Sora and Riku unite their keyblades for an epic light blast of their own.

With all of its scope, size and scale, the final battle of Kingdom Hearts II is one of the greatest fights in any RPG ever, and almost certainly the most rewarding battle of this franchise. It’s an awe-inspiring tour de force of emotional retribution and a tense frenetic battle with an intimidating foe. It’s also Kingdom Hearts at its absolute best.