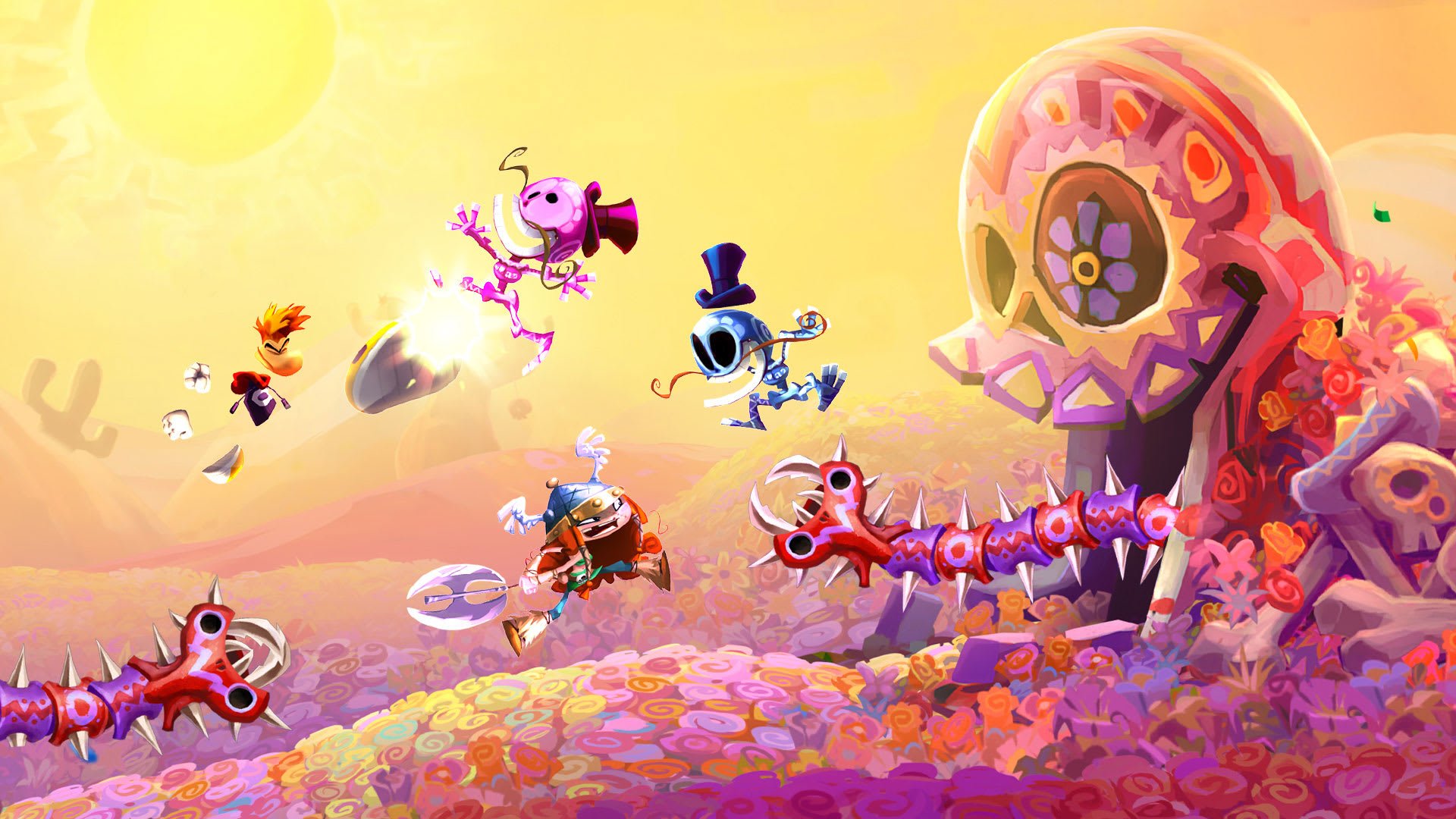 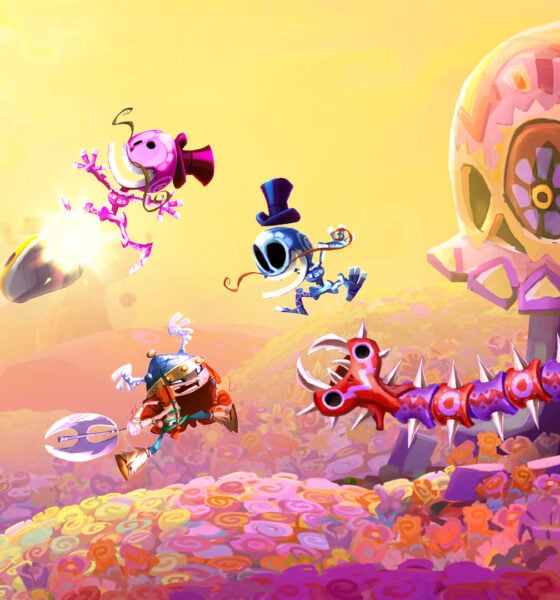 Land of the Livid Dead in Rayman Origins

One of the most notoriously difficult platforming challenges of all time, Land of the Livid Dead is Rayman Origins fantastic final level.

Few platforming levels can pack the kind of punch that Rayman Origins’ brutal final level, Land of the Livid Dead, does…

Great Moments in Gaming is a column wherein we look back at some of the great gaming moments that have made a significant impact on our view of this medium and how we have come to understand it. This time around we’re taking a look back at the secret final level of Rayman Origins: Land of the Livid Dead.

There are few platformers this side of Super Meat Boy and Donkey Kong Country Returns that can give Rayman Origins a run for its money in terms of platforming difficulty. Just beating some the game’s more challenging levels is tough enough, but earning all of its collectibles along the way is even more of a feat.

However, for players that want to unlock the ultimate challenge of Rayman Origins‘ secret final level, Land of the Livid Dead, that’s exactly what they will have to do. Requiring the player to find all of the Grim Reaper’s teeth from the 10 uber-hard race levels, and all of the collectibles required to unlock those levels, to begin with, even reaching Land of the Livid Dead is intensely intimidating. 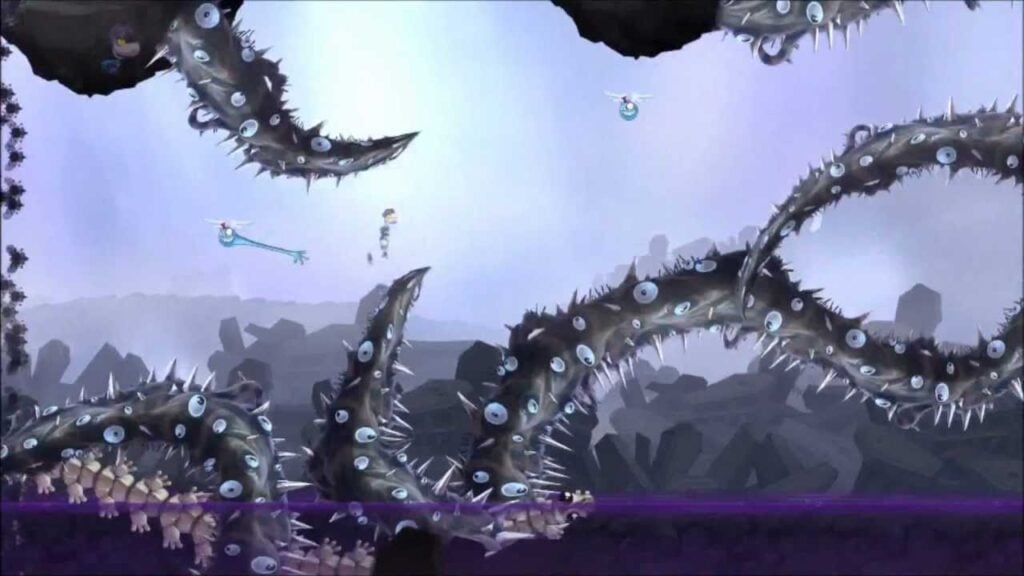 Those who do manage to finally pass through the Reaper’s portal to this stage have their work firmly, and intently, cut out for them. A frenetic gauntlet of whirring blades, spike-covered caskets and fiery deaths, Land of the Livid Dead is the ultimate achievement of Rayman Origins, and overcoming it will take everything you’ve got as a player.

While the first section of the stage requires only the sort precision jumps and maneuvers that might be needed for a more difficult Super Mario World level, with thorny vines or acid pools immediately punishing any mistake, by the second part things have gotten quite a bit more challenging.

As the player is suddenly forced to jump on a giant flying snake, Land of the Livid Dead shows it’s true colors, kicking into high gear from this point on. Utterly perfect jumps, kicks, swings, and glides are needed to best this early section, and that’s even before the sawblades start falling from the sky. 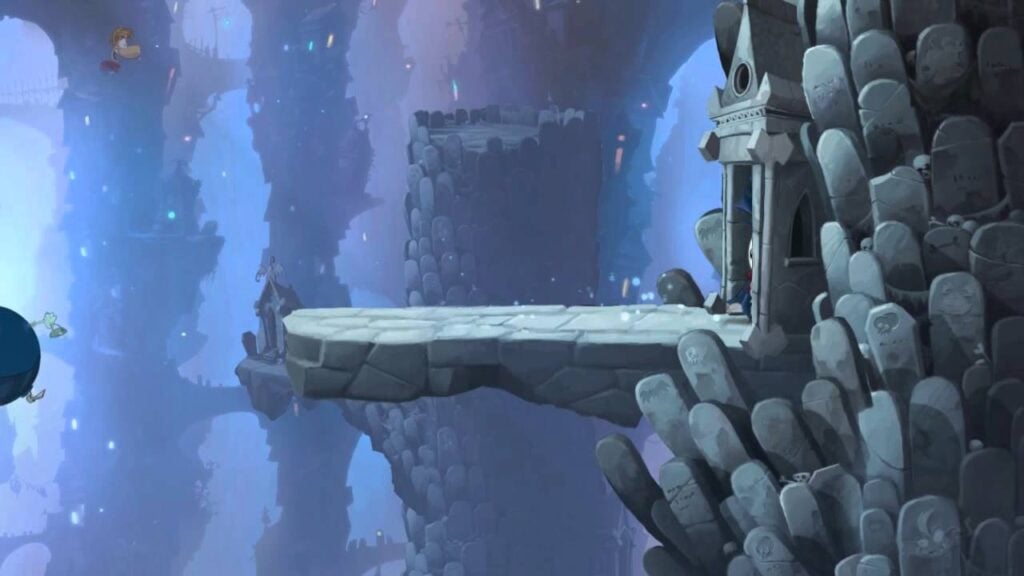 A vertical element is introduced before players can beat this second part, with Rayman Origins forcing you to run upward while timing your jumps precisely to avoid the falling obstacles, also while maintaining enough momentum to make it to the top before these falling objects reach the bottom of the screen. Finally, the player will have to conquer a flipping coffin, with one side of it laden with spikes, before this section comes to a merciful end.

While the third area is more of the same, the fourth, and final, the area is a non-stop onslaught of erupting flames and flying fireballs. This is by far the most difficult part of Land of the Livid Dead, with the flames and fireballs flying and arcing in your general direction with little to no warning. The western-inspired music even hammers up during this final test of your platforming prowess, further reinforcing how dire and dangerous this level has become.

At last, players will reach the secret end boss Big Mama. A ridiculous challenge in her own fight, Big Mama at least arrives with the caveat that, so long as you can surmount her, you will never have to play through Land of the Livid Dead again. Again, requiring precision jumps, perfect timing, and full mastery of your move set, Big Mama reinforces the lessons of this stage one last time. 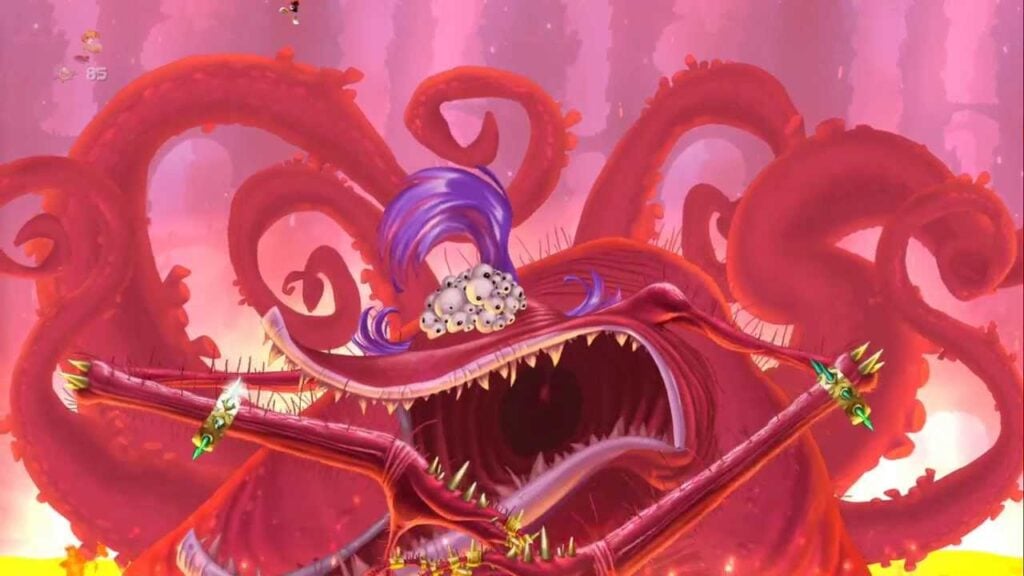 Truly one of the greatest, most intricately designed and wildly difficult platforming levels ever concocted, Rayman Origins’ Land of the Livid Dead is a brilliant mixture of tension, world-building, and level design. Even if you don’t have the chops to beat it yourself, it’s well worth watching the video linked in the preamble paragraph just to be blown away by its totally audacious and unforgiving nature.