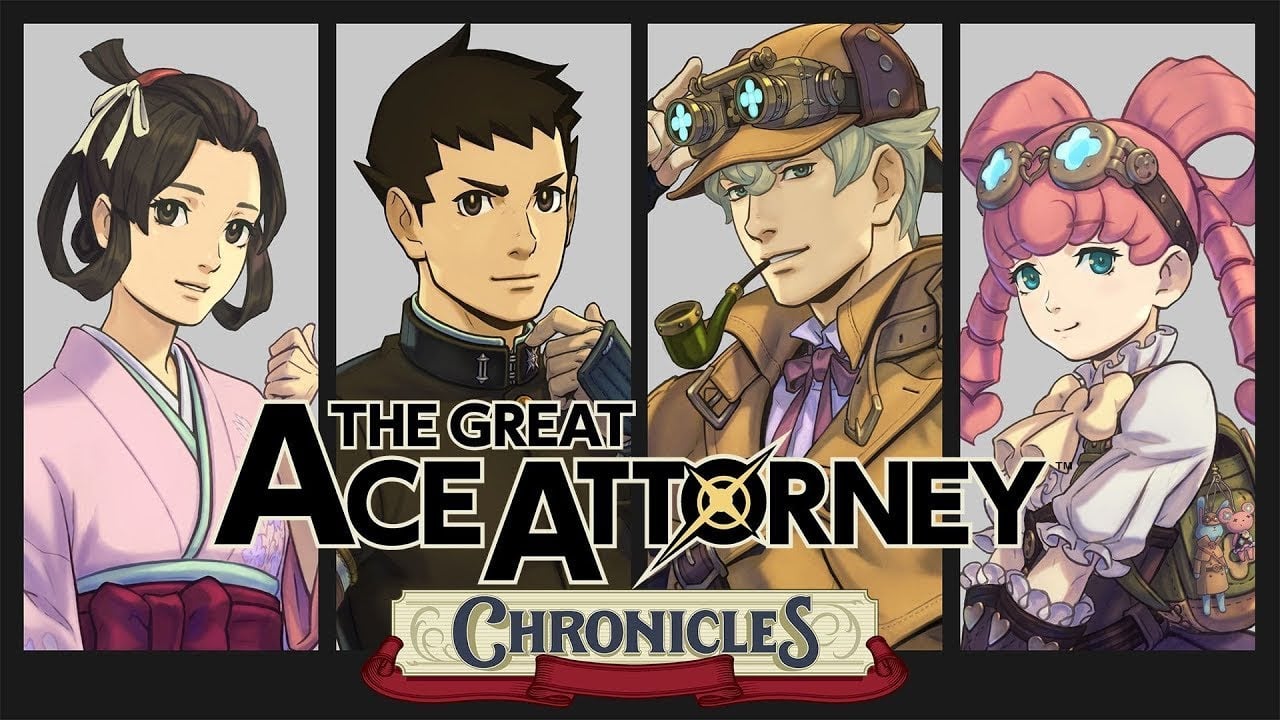 The Start of a Legacy

The Great Ace Attorney Chronicles are prequels that follow the story of Ryunosuke Naruhodo, a great ancestor of main series protagonist Phoenix Wright. Unlike Phoenix, he’s never so much as considered being a lawyer when players first meet him. Instead, he’s simply attending university in Japan when he ends up at the wrong place at the wrong time and becomes the prime suspect in a murder mystery. It’ll be a familiar setup to any fan of the series, but it’s an effective way to introduce players to the ins and outs of the courtroom. From there, the story arcs in genuinely shocking ways, ultimately taking Ryunosuke and company across the ocean to study the more advanced courtroom procedures of England and solve a multitude of mind-bending cases in the process.

Taking place during the 19th century, the two TGAA titles act as period dramas that give players a glimpse into what life–and the legal system–was like during those times in Japan and England. Japan had just opened communication with the outside world a couple of decades before Adventures begins, and two nations are still very much unfamiliar with the culture and customs of the other. This results in an accurate but disheartening depiction of racism against the Japanese as Ryunosuke and friends consistently find themselves on the receiving end of insults, blatant stereotypes, and everything else short of actual slurs. It can be frustrating to witness at first, but it does an admittedly admirable job of selling just how difficult it was to be a foreigner in England at that time. Case four of Adventures harps on this theme specifically and ends up having some of the most devastating yet rewarding moments of the entire collection as a result.

As should be clear by now, the historical backdrop of The Great Ace Attorney isn’t mere set dressing; every case is inextricably linked to the lifestyle, culture, and limitations of the time. Be it the intricacies of a murder taking place in a horse-drawn carriage or the painful lack of fingerprinting, every case is built around the time in which it takes place–and that makes for much more fascinating investigations.

The Game is Afoot

In terms of gameplay, fans who’ve played any previous Ace Attorney title should feel right at home here. Each TGAA game is broken up into five succinct cases that play out as part of a greater overarching story. While the tutorial case takes place strictly in the courtroom, most others will involve a degree of exploring crime scenes, finding clues, and talking to anyone in the surrounding area. It’s similar to Root Film in that the story won’t progress until certain clues are discovered or certain people are talked to, something that may frustrate players looking for a more frictionless experience. Thankfully, while these segments are generally well done and usually add to the mystery-solving experience rather than take away from it, they can be foregone entirely thanks to a built-in “Story Mode” that eschews any gameplay and lets players progress through the story automatically, essentially turning both of the TGAA titles into more traditional VNs.

Once in the courtroom, The Great Ace Attorney Chronicles requires a delightful amount of critical thinking for players up to the task. The overall structure is the same (almost) every time: the judge calls for opening statements, the prosecutor calls witnesses to the stand, and (eventually) a jury must be convinced before the final verdict is determined. In-between all this, it’s your job as the defense to cross-examine witnesses, carefully comb over evidence submitted to the court, and pit jurors against each other to highlight inconsistencies.

It’s an involved process, and there are a couple of trials in this collection that drag on for a bit longer than necessary. Some slight pacing issues aside, however, trials are always entertaining thanks to strikingly well-written mysteries and some truly lovable characters. Cross-examinations continue to be some of the most exciting parts of the Ace Attorney franchise, pushing players to press witnesses for more information and try to find the perfect piece of evidence to exploit cracks in their testimony. There’s a fail state after five wrongful assertions that keep the intensity high, but handy advice from judicial assistant Susato ensures that players are never too far off the mark. If recalling witness testimonies and finding contradictions in juror statements ever becomes too frustrating (or just isn’t compelling to you), the aforementioned Story Mode can be toggled on at any time to progress the narrative automatically.

For as much enjoyable as it is to grill witnesses and analyze evidence, what’s always separated the Ace Attorney series from the pack are its quirky, endearing characters and fantastical approach to storytelling, and that’s precisely where The Great Ace Attorney Chronicles excels as well. The vibrancy of the cast leaps off the screen in nearly every scene, both in terms of character design and personality. Be it a promising law student who wears a flowing red headband and carries a sword with him everywhere he goes or the spitting image of a famous fictional detective humorously dubbed “Herlock Sholmes,” TGAA constantly walks the line between the wackiness of the characters and the seriousness of the crimes.

Speaking of which, special mention must go to how expertly Capcom takes advantage of the time period to learn into the mythos of Sherlock Holmes–or, as he’s referred to in the game, Herlock Sholmes (yes, really). The off-the-wall sleuthing portrayed in the classic Holmes stories are a match made in heaven for the hard detective work Ryunosuke and team find themselves doing every case. Holmes’ knack for hunches and eccentricity is captured to a T, and being able to act as his Watson and reign in his wild hypotheses are consistently some of the most delightful sections in the game. Even beyond that, Capcom does a wonderful job of referencing classic Holmes cases in surprising and inventive ways. Everything about his reimagining here is a joy to take in as a fan of the source material, and he’s just one member of a lovingly written cast that brings the sometimes plodding overarching narrative to life.

The Sights and Sounds of 19th Century England

As mentioned at the top of the review, The Great Ace Attorney Chronicles originally premiered as a 3DS title in Japan. If I hadn’t known that going in, however, I would’ve assumed that it was a from-the-ground-up Switch release. In stark contrast to recent 3DS adaptations such as Miitopia or even Monster Hunter Stories 2 (a title clearly developed off the back of its 3DS predecessor), both TGAA entries feel distinctly modern and fresh. The art direction is cartoony yet detailed, offering plenty of eye candy for players as they scan environments for clues. Anime inspiration is everywhere, from the character designs themselves (sometimes feel like tropes, but rarely annoying) to literal anime shorts interspersed throughout the runtime. The sheer vividness of the art palette offsets the substantially darker subject matter at the heart of each case, making murder mysteries much more approachable for those typically turned off by such grizzly content.

Beyond the presentational upgrade, this release features an array of extra content ranging from concept art with commentary from the art director to alternative outfits the main cast can wear in The Great Ace Attorney: Resolve. There’s even a slew of short slice-of-life bonus episodes that players can dive into for some extra character development. Equally as compelling is the Auditorium, where over 30 tracks of the collection’s stellar soundtrack (a good deal of them unused in-game) can be listened to at your leisure. There’s even a group of voice recordings from the main cast listenable in both English and Japanese. All in all, it’s a fairly substantial amount of bonus content, especially for something that isn’t a full-price release.*

The Great Ace Attorney Chronicles is a must-play for any fan of murder mysteries and visual novels. It’s colorful and humorous enough to be welcoming to most audiences, but you’ll also be hard-pressed to find many VNs on console with this caliber of writing and localization. More than anything else, though, what makes TGAA games stand out are their lovingly written characters and dedication to depicting the time period accurately, warts and all. The cases are history lessons as much as they’re fantastical folktales, and there’s never been a better entry point to the series.

*Note: Some art and music included in the review build are only available for those who purchase the game within the first month of release. It’s unclear what content will be excluded and whether or not it’ll be offered as paid DLC after the fact.