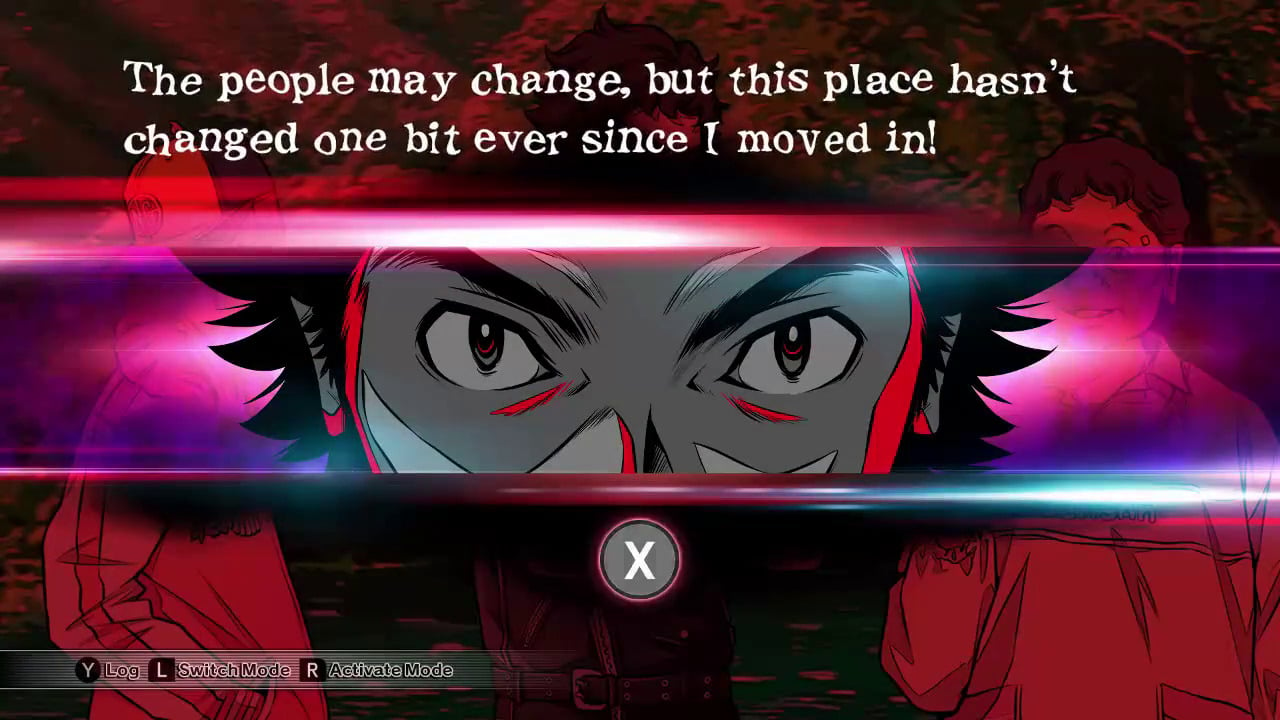 There’s something about murder mysteries that never fails to captivate. Be it long-running series of novels, media kingpins like Law and Order, or any number of popular true crime podcasts, there’s an inherent morbid curiosity associated with killers and their crimes. Root Film not only captures this appeal (quite literally in one instance), but also goes the Sherlock Holmes route of encouraging readers to use their own deduction skills to catch perpetrators alongside the protagonists. Aided by gorgeous art and consistently strong performances, the result is a gripping set of cases that’re as much fun to ponder as they are to watch unfold.

Root Film is split up into two different routes: the Yagumo route and the Riho route. Each has its own set of protagonists, murders to solve, and recurring cast members, and they can be switched between as the narrative progresses. Though the two storylines eventually converge, playing up until that point feels like playing two halves of the same whole; the structure and gameplay is the same, but the tones of the routes are quite different.

In the core storyline, the Yagumo route follows an up-an-coming filmmaker named Rintaro Yagumo as he finally lands a chance at a major directorial debut with a reboot of a long-lost 10 year-old TV mystery series. Along with his sassy-but-dependable assistant Magari and main actress Hitoha, Yagumo jumps at the opportunity and unknowingly steps into a series of gruesome incidents as they travel all around Shimane Prefecture in Japan location scouting and finalizing their series submission. While the subject matter itself is always grim, there’s a buddy cop-esque feel to the crew’s investigations that consistently keeps cases from feeling too scary or overly-tense. The boss-employee dynamic between Yagumo and Magari is played up to great comedic effect, and the slice-of-life interstitials at the start of every case–where the crew goes about their daily lives or enjoys taking in the sights of Shimane when traveling–is a perfect balance to the more serious tone the VN takes once a murder occurs.

The Riho route, on the other hand, often wastes no time in getting into the action. Since it doesn’t have an overarching narrative to move along and only focuses on two core characters (Riho and her long-time manager Manabe), there’s notably less downtime to enjoy with the protagonists outside of investigations. That said, Riho and Manabe still shine through as a strong duo in their own right. Caught between being a fun-loving slacker and aspiring actress, Riho’s silly antics perfectly play off Manabe’s calm and collected managerial persona. And yet, the writers have done an admirable job of showing just how long the two have been working together, how well they know each other, and how close they are as friends. As a result, Riho’s route feels a bit more intimate and grounded than Yagumo’s, though they’re similar enough in quality that “the best route” will simply come down to player preference.

Root Film is a visual novel, but it also has adventure game elements to keep things more engaging than a strictly reading-focused VN. Both in and outside of investigations players are able to inspect highlighted points of interest that appear as yellow squares on the screen. These can be everything from furniture to landmarks to people’s faces. In the context of solving a murder, selecting one causes the protagonists to consider how it relates to the mystery at hand (or, in the case of a person, triggers a conversation that can lead to valuable insights). In this way, Root Film does an admirable job of keeping players invested in solving the cases. It isn’t always straightforward either; sometimes a point of interest has to be interacted with multiple times, while others are worth coming back to after more clues have been gathered. Tidbits of key info are spread out in a way that keeps the intrigue going while very rarely entering “I can’t find the last damned clue” territory.

When a major clue is found, both Yagumo and Riho enter “Max Mode,” which triggers whenever certain key phrases or discoveries pop up. Then at the end of the case when confronting the prime suspect, all the clues captured in Max Mode can be cycled through to piece together the crime in a thrilling final showdown. While it’s theoretically possible to miss some clues along the way, it’s difficult to lose the confrontation itself. Instead of punishing players for making mistakes, Root Film is all about progressing the narrative and keeping the reveal engaging–and as a visual novel/adventure game hybrid where there’s very little replay value, it’s undoubtedly the right choice.

Everything that’s been described so far–the atmosphere surrounding each case, how likable the cast is, the feeling of solving the mystery right alongside the protagonists, and so on–is amplified significantly by Root Film’s stellar production values. There are very few other VNs that’ve impressed this much in terms of their visual presentation alone. The character models are all pristine and sharp, whereas the environments take on more of a watercolor aesthetic while still being detailed enough to interact with for clues. With few exceptions, this art direction helps Root Film feel cozy despite the chilling subject matter.

Perhaps even more integral to the experience, though, is the absolutely mind-blowing voice work found throughout. The performances here are staggering; every single voiced character (and there are a ton of them) pulls their weight to fit the situation at hand. Camera-shy characters mumble their lines under their breath, awestruck characters talk in a higher, breathy register, and characters experiencing loss let loose some truly devastating shrieks and sobs. Though all the voice acting is in Japanese, the sheer quality of the performances kept me from ever reading ahead and skipping past voiced lines. The quality and mixing of sound effects is a bit more questionable, but the voice acting itself is reminiscent of the Yakuza series; it’s some of the best I’ve ever heard.

Of course, nothing is perfect. While the character models are clean and attractive, the fact that they always retain the same expression can be jarring at points. When a person just died and chaos is ensuing, it’s a bit off-putting to glance at the nonchalant, unbothered smiles of Riho or Yagumo and the gang (even though their voices properly reflect what’s going on). Having at least one alternate “serious” expression would’ve gone a long way in terms of immersion. Then there’s the frustration of being able to save anywhere, but not being able to load directly back to that screen; Root Film seems to prioritize its last auto-save regardless of the manual save that’s trying to be loaded. There is a fast-forward option, and the game does auto-save regularly so it never takes too long to get back to where you actually saved, but it’s a strange oversight nonetheless and hopefully one that gets patched out sooner than later.

Root Film is a well-written collection of murder mysteries culminates in one shocking finale. It’s also a shining example of the power of visual novels; the illustrations in every scene don’t only add perspective and immersion to the narrative, but they can also be interacted with in a meaningful way that adds to the experience. Kadokawa Games nailed that vital push and pull needed in detective media of giving the audience just enough while still keeping them in suspense. Save for one case along Riho’s route where the culprit was glaringly obvious from the start, each grand reveal genuinely surprised me with unexpected revelations and sound reasoning. For genre fans who want to take a more active role in solving mysteries–and who wouldn’t mind doing it alongside a delightful, fully-realized cast–Root Film is an absolute delight.