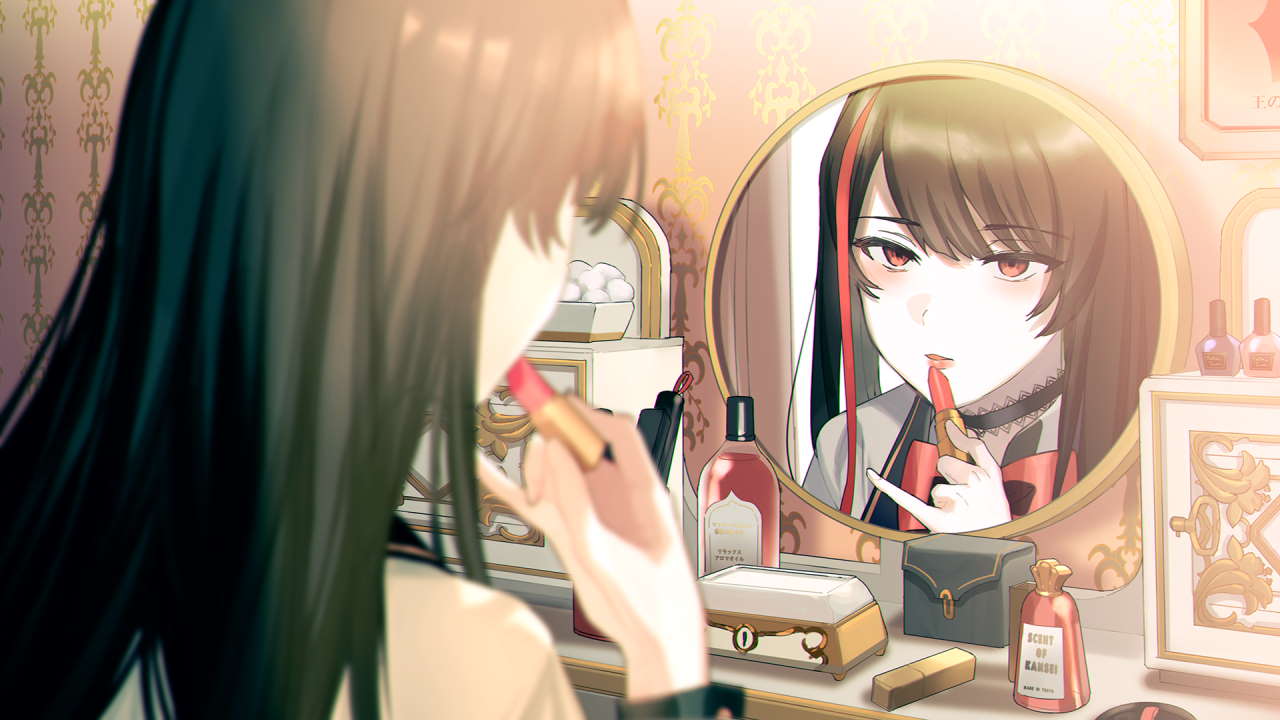 Mystery Visual Novels like 999 or Danganronpa used to be a rare breed, but in recent years they have grown quite a lot. 2022 alone saw the release of the FMV mystery game The Centennial Case and the nirvanA Initiative, the sequel to AI: The Somnium Files. That’s a lot of competition for Corpse Factory, a morbid, linear VN that is all about fragile minds corrupted by unsavory acts.

If you end up playing Corpse Factory over any of the games above, it will certainly be for those themes. As the title implies, this game is obsessed with bodies, corpses, and death. All this is tied (quite uncomfortably) to cases of clear mental health issues: though they are rarely named, those range from body dysmorphia and eating disorders to OCD and depersonalization.

First, let’s acknowledge how rare it is for an entire videogame to even try to put mental health at the center of its story. Seeing Corpse Factory tie those themes to horror, then, and managing to stay somewhat respectful, is so exceptional to almost carry everything else with it. Almost.

While Corpse Factory is certainly about mental health, its characters’ struggles are not the subjects of the story as much as the means by which the plot moves forward. And though they are never meant as spiteful, the scenes that depict their fight are so overemphasized that they turn into spectacle.

But while the representation is still overall fine, it occasionally sinks much lower. That’s the case of the first protagonist and her looks: she’s anxious, agoraphobic, and depressed; she deals with a severe eating disorder, often going days without eating; she’s often on the verge of fainting and can’t even walk a ramp of stairs without issue. But as far as looks go, she’s a conventionally attractive, slender anime girl.

She’s often referred to as a living corpse: her fingers are as bony, her touch unpleasant. Another character’s infatuation with her stems from his obsession with corpses, as if he already sees death in her. But looking at this picture of an apparently healthy, slim girl, I wonder if we didn’t miss something. Is this a commentary on beauty standards? Has this drawing been made more generic out of respect? Whatever it is, it certainly isn’t effective.

A Strong Hook that Overstays Its Welcome

When surrounded by the pitches for most other Visual Novels, Corpse Factory’s premise sticks out like a dead, rotten, sore thumb. It’s a simple pitch, too: a girl has just moved out of her family’s house to leave on her own. She has a boring job, an addiction to coffee, and some coworkers to chit-chat with. Come night, she opens her PC and we learn of her hobby.

On the screen is a cute zombie girl, the mascot of a website that prompts us to request a corpse. Corpse Girl’s site, our protagonist’s, promises to send a victim a picture of their own body before they die. How does she do it? Is she really a murderer? Is there anything more to Corpse Girl than this website and its owner? As the game moves on, questions pile up, never leaving us with a single moment of certainty.

Sadly, Corpse Factory doesn’t keep up with this premise far past its starting point. The plot gets less interesting the further it moves from the barely functional girl of the beginning. The mid-point especially is a slog to get through, even while showing the mystery at its most intricate and horrifying. Even the changing POVs of the finale and late revelation aren’t enough to save this story.

Writing for a Short Visual Novel

Corpse Factory is not especially well written, but its prose is functional. It uses a first-person narration and three different POV characters, changing vocabulary and style for each. While this is the most interesting stylistic choice in the entire game, its potential is somewhat squandered by the artificiality of each of those styles.

The first POV character’s style, for example, is heavy on repetition. Here, no scene passes without her words blurring together into a droning noise. Each horrifying event ends in a stream of consciousness that obsesses over the same few words.

When this style works, it feels like drowning in her sadness, and the constant stream of words acts like quicksand. The more we struggle and the further we go, the deeper her misery becomes. Most of all, it’s fitting for this story of troubled characters spiraling into madness.

Sadly, the rest of the dialogue isn’t quite this strong, as it suffers from a sort of disconnect. The tenser moments are often the most frilly and elaborate, while the suspense of the mystery begs us to hurry up and reveal the new twist.

So, Corpse Factory is not especially well written, but its prose is functional: not the best solution for a game that’s almost only reading, but not the worst either. What is the worst, then, is that most of the dialogue in this 10-hours-long Visual Novel isn’t very interesting. No scene holds more subtle twists than what a change in the soundtrack can suggest, and the game makes no effort to foreshadow what’s to come.

The Technical and the Banal

As far as technical details go, the menu options are quite barebones. There’s no way to change the font into a more readable one, for example, and the poor contrast between the text and the background can’t be increased. And while those features are rare in Visual Novels, it’s still a shame to see such simple accessibility options missing from new releases.

Despite the poor customization and accessibility options, Corpse Factory is overall a solid production: all dialogue is voiced, and all actors do an excellent job; the music and art are pretty good, if sometimes generic; and the game is as light as expected from this genre.

Overall, it’s hard to recommend Corpse Party over other games in the same genre. Even the grotesque themes and the bizarre plot, which could be the selling point of the whole game, are uncomfortably tied to the very real mental health issues displayed by the protagonists. It’s a hard recommend even for fans of the genre, with a $20 tag that’s easily undercut by other indie VNs or older titles.