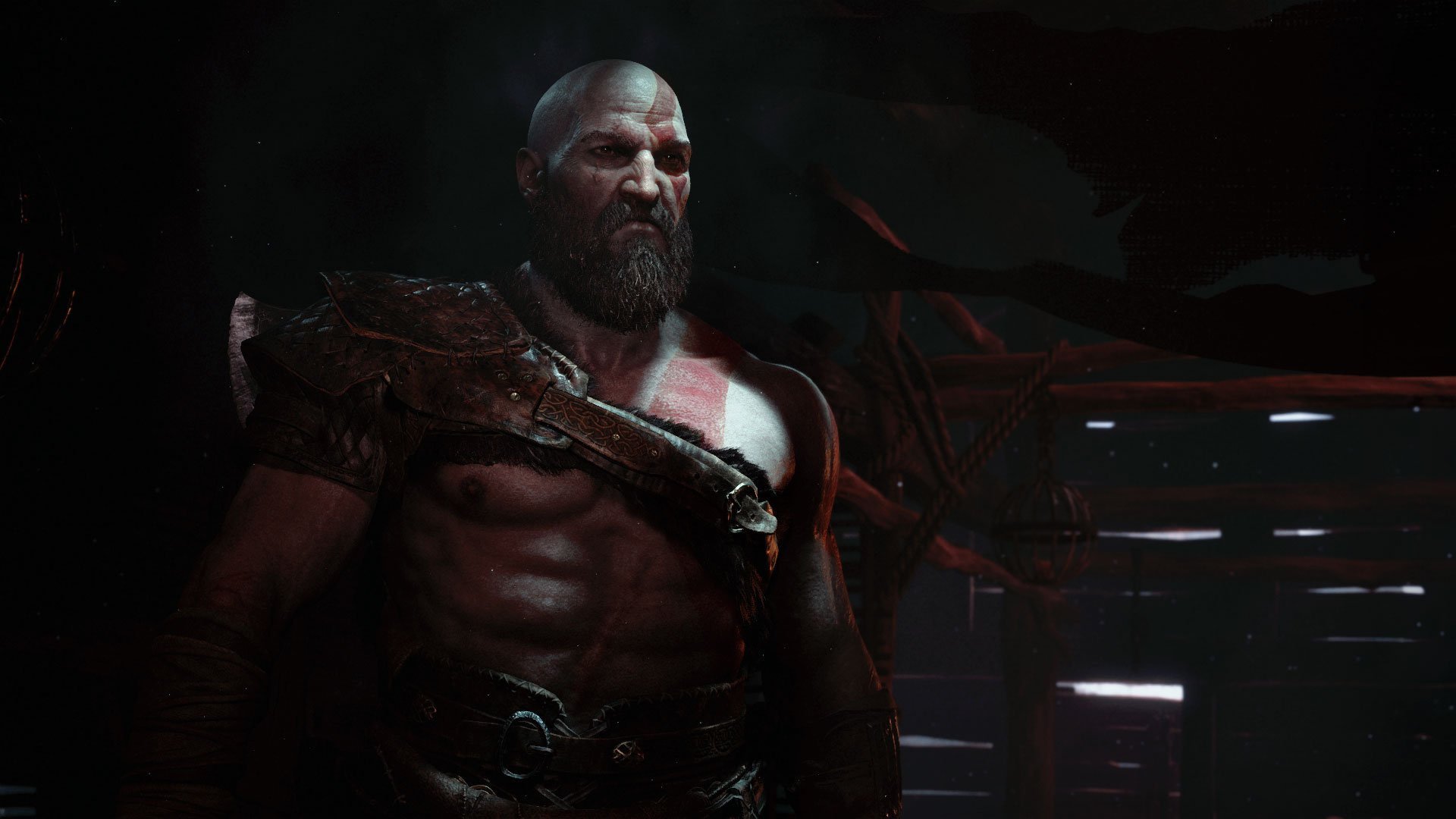 As anyone who has played the original run of God of War games can attest,  the character of Kratos is nothing if not an unrepentant monster. This is why the audience greeted his return as a patient fatherly figure with such shock and incredulity when the God of War reboot was shown off back at E3 2016.

It was immediately clear that this character was a vastly changed man from the spiteful, prideful, vengeful Spartan warrior who had murdered his own family, among thousands of others, during his blood-soaked tenure as a warrior, god-servant, and a god himself over the course of his life.

So then, how to get the character that players had come to know from the original trilogy to a place where they could begin to see Kratos as anything other than the monster they had always known? Well, it starts as sort of a leap of faith, one that quite a few players were willing to make based on God of War‘s sales, but a leap all the same.

When we first see Kratos, after these many long years, he speaks calmly, and with purpose. He prizes the protection of his son over his own life. He shows moving dedication and reverence for his recently passed wife. It’s a start, and one with purpose but that’s all it is. God of War still has a long way to go from there if they’re going to get us on this guy’s side again in a gaming world where hyper-violent, shock value protagonists have gone the way of the dinosaur.

Luckily, game director Cory Barlog and his cadre of wizards at Sony Santa Monica have thought of all this. As I wrote recently, Cory and co. tried this once before with middling results at best. God of War III attempted a ham-fisted redemption arc for Kratos in its second half, and it had all the impact of a dull thud. If they were really going to try and make folks come around to Kratos again, they were going to have to put in a lot of work.

And put in the work they have. As anyone who has finished God of War will have seen, Kratos truly is a changed man. Not only that but we get to see that change even as it continues to occur throughout the game. When we meet Kratos again he may have changed enough that he can love a woman and father a child, but in a world where he must fill in all of the roles of his deceased wife, he has much further still to grow.

In fact, making Kratos a walking single-parent household may have been the single greatest masterstroke that has been injected into Kratos’ exciting new world of warring Norse gods. Since Kratos and his son Atreus spend nearly the entire game working together, exchanging ideas, and growing into their new life roles, it rarely feels like the redemption arc of Kratos, and his expansion as a character, are being shoved in our faces. Instead, it is allowed to happen organically via smaller moments throughout God of War.

Of course, there are several broader, more intense, moments to make this happen throughout the game as well. Most key of these is the moment when Atreus falls ill around the mid-point of the game. At this juncture, Kratos is forced to make some difficult decisions if he hopes to save his son. One of these vital choices is the decision to face up to his past by removing the bandages from his forearms and re-attaching the Blades of Chaos, the weapons he wielded through his most bloody and abhorrent batch of sins.

From that moment on we see ethereal phantoms of the father he killed (Zeus), and the ally turned enemy that he slew in turn (Athena). More importantly, as accessories to many of his most hateful and vengeful deeds, the player is also forced to reckon with the horrors of the previous games in the series and what they mean to a man who isn’t just about a life of vicious murder and sex mini-games. When the player first sees the Blades of Chaos pulled from their hiding place beneath the floorboards, they react with excitement, even as Kratos reacts with dread.

This moment is key to what Barlog is trying to do with this soft reboot of his beloved series. As mere players we were not forced to live with the actions we were party to while playing the original trilogy of God of War titles, and their spin-offs. While we went on with our lives as though nothing had happened after completing them, the Kratos of the new God of War is being forced to reckon with them. He has spent years grappling with and suppressing the regret he feels for all of those he has hurt, maimed, and killed over the course of his life.

Now, here, at this desperate point in the game, Kratos makes the decision to face up to his past, accepting the mantle of Ghost of Sparta once again, willingly. This is the price he is willing to pay, not for vengeance but for deliverance. The demons of Kratos’ past follow him for the first half of God of War, but in the concluding arcs of the game, we see him beginning to accept his past rather than burying it, quite literally, in the place where he lives.

This is a truly changed man. This is the difference between the Kratos of God of War III and the Kratos of this new God of War: consequences. In God of War III Kratos did one decent thing and it was meant to pay for years of cruelty and bloodshed, here, however, Kratos isn’t suddenly redeemed through a single good act. No, instead he begins the path to redemption by coming to grips with the things he has done, and by trying to impart the things he has learned onto his son.

Even in the final moments of God of War, Kratos is not redeemed per se. No, he is simply a man who is learning to be good for the first time in his life. He is a man who has realized that in order to do better, he has to be better. Not only that but if he wants to succeed at actually making the world a better place, he has to live as that example and show it to others. In essence, Kratos is becoming the change he wishes to see in himself, and in the world.

Like some of the great villains turned heroes that came before him (Spike in Buffy the Vampire Slayer, Vegeta in Dragon Ball Z, and Jaime Lannister in Game of Thrones to name a few), the new Kratos is not able to simply become a hero overnight. He is, however, able to start the path toward becoming a man worthy of respect, reverence, and yes, even redemption.