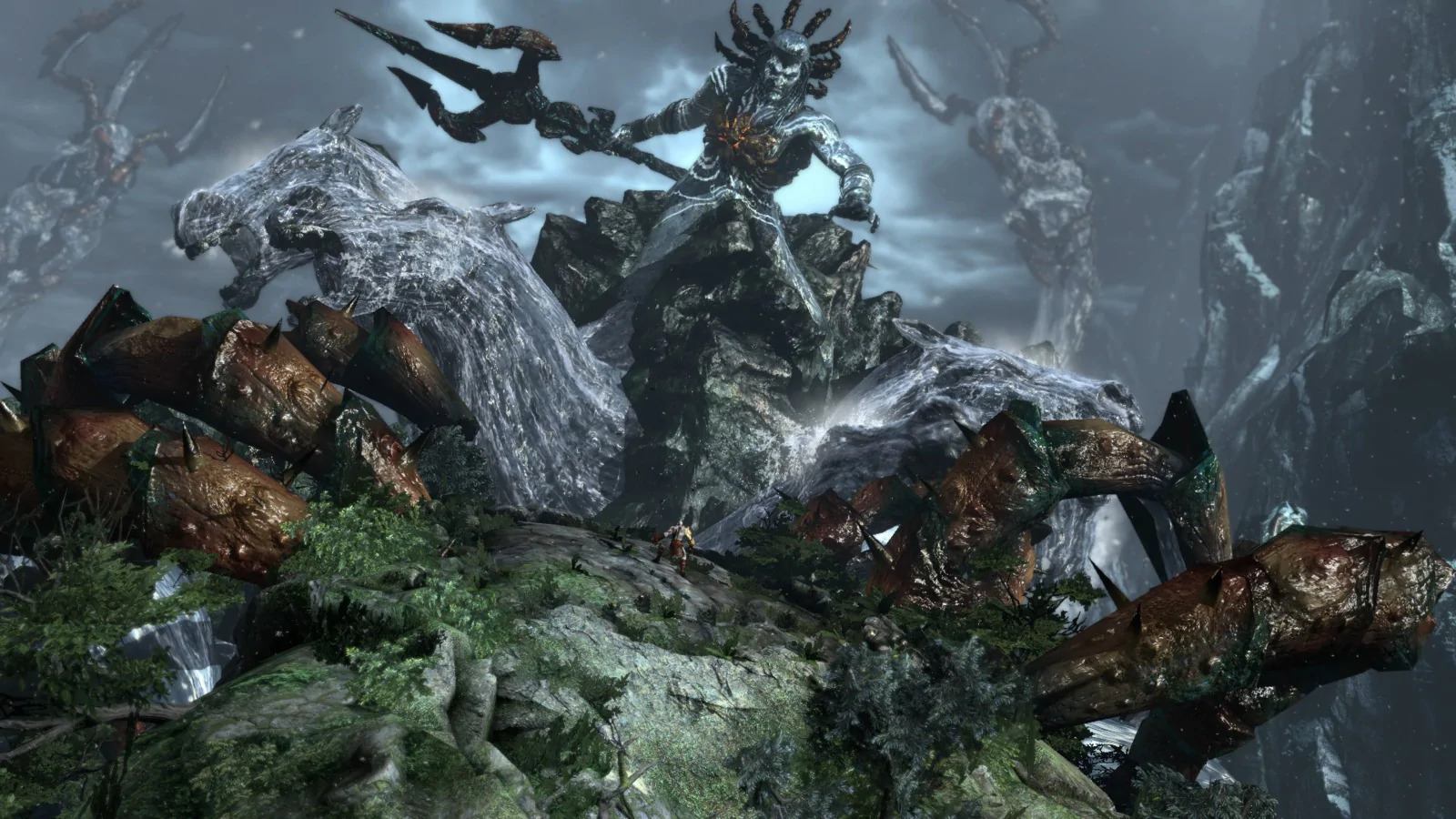 The Challenge of a Fixed Camera in Video Games

There were a lot of ground-breaking moments in the reveal of God of War at E3 2016. Bear McCreary leading a live orchestra as they played the game’s now-iconic theme. Kratos stepping out of the shadows and re-asserting himself as a dominant figure in gaming’s pantheon of characters. But one moment that hardly ever gets mentioned is when Cory Barlog first gets control of Kratos. Before doing anything else, he places his thumb on the right analog stick and moves the camera.

For a God of War game, this was earth-shattering. Because for the first six games in the series, from 2005’s God of War to God of War: Ascension, the player had no control over the camera. Instead, God of War’s original fixed camera was locked to exactly where the developers wanted it. Many have since criticized this design choice as being cumbersome and outdated. But while it’s highly unlikely the God of War series will ever return to a restricted camera; a closer look reveals that taking control away from the player actually worked wonders in delivering a tight and creative gameplay experience.

One of the biggest challenges of camera design in a 3D action game is making sure all the important on-screen details are easily readable to the player without the camera getting in the way. During the most basic action scenes, the player is asked to keep track of their character and their own attacks, and the enemies and their attacks. This is before you factor in the environment, any external obstacles, and the HUD taking up valuable real estate on the screen.

The problem arises when the player must move their character, the camera, and inputs for attacks, defending, jumping, evading, etc. A lot of action games attach character and camera movement to the two analog sticks and the action commands to the face buttons. A bit of a tricky task when you only have two thumbs to work with and need to juggle all three inputs during a heated, fast-paced battle. One solution to this multi-input conundrum is to move the attack commands to the shoulder buttons, as was the case with 2018’s God of War. Another solution, which 2005’s God of War adopted, is to simply drop control of the camera altogether.

The original God of War’s director David Jaffe was concerned about the game’s action being too chaotic for players to interpret. He felt that controlling the camera would add an extra layer of unnecessary complexity to a game he was determined to make as “pick-up-and-play” as possible. Taking inspiration from games like Ico, Jaffe and the Santa Monica Studios team opted for a fixed cinematic camera that would show exactly what the player needed to see at any given moment.

This worked particularly well for the action scenes. Players now only had to concern themselves with the combat itself, and not the responsibility of ensuring they could perceive that combat correctly. When Kratos enters a large room, the camera typically zooms out to provide a bird’s eye view of where the enemies are at all times. If Kratos is running down a corridor, the camera travels with him, staying an equidistance behind the Ghost of Sparta to showcase any enemies that are going to present an immediate threat. The camera of the Greek God of War games brings clarity to chaos in a genre that can all-too-easily trip over itself when entering the third dimension.

The Secret to its Success

While action is the first thing that people think of when they think of God of War games, the series has also always put a high value on exploration. Sure, the original games were quite linear, but tucked away in their level design were hidden chests and secret collectibles that rewarded an inquisitive play style. And because of the fixed camera, these concealed goodies weren’t just better stored away from the players’ sight, but actually encouraged curious players even more.

Let’s take the Temple of the Oracle in the original God of War as an example. Kratos first enters the temple with the camera locked behind him, only showing the ground floor of the main hall. The camera stays at this angle throughout the battle with some harpies, after which the player can access a staircase to the left of the main hall. The camera follows the player up the stairs and zooms out for a series of wooden beams in the temple’s ceiling that need to be crossed to make it to the other side.

Normally, the player would follow the beams to the left. However, if the player goes to the right, they will find a red orb chest sitting on a raised platform to the left of the temple’s entrance. The platform is technically low enough that it could be jumped up to when the player first walks into the temple. Only, the player doesn’t know that the chest existed because the camera hadn’t revealed it yet. Now that the player has this information, they might go back down to the ground floor to see if there is another raised platform to the right of the entrance. And what do you know? Their curiosity and deduction skills reward them with another red orb chest.

If the player had full control of the camera in this scenario, then they could swing your perspective around as soon as they entered the temple and instantly see the two platforms holding the chests. It would still feel like a cool find, but it’s not nearly as satisfying as gradually building your knowledge of the level layout and being rewarded for an inquisitive approach. There are lots of examples like this in the level design of the Greek God of War games and it’s a great showcase of forcing players to think outside of the box by taking certain actions away from them.

A Spectacle to Behold

Granted, this is probably the most superficial reason to appreciate God of War’s fixed camera, but Santa Monica Studios made sure that what they showed the player lived up to the games’ cinematic qualities. God of War’s take on Greek mythology leans heavily into its epic nature, featuring larger-than-life gods and monsters that demand wide shots to fully capture their scale.

The same goes for the set pieces. Would the Mount Olympus scene at the start of God of War III feel quite as awe-inspiring if the camera kept Kratos in the center of frame at all times? Would the Steeds of Time in God of War II elicit so much wonder if they weren’t introduced with an extreme wide shot of a tiny Kratos running along their chains?

The developers of the pre-2018 God of War games weren’t afraid to put on their cinematographer hats and flex their shot-composition muscles. And given how many of these in-gameplay shots have stayed in our minds over the years, it’s hard to argue they didn’t know what they were doing.

Of course, none of this is to say that the God of War series should return to a fixed camera moving forward. While 2018’s God of War did finally let players control the camera, it drew praise for never cutting away from the one shot during the entire 25+ hour journey. This approach made the story and gameplay experience feel far more intimate and grounded compared to previous games, and certainly helped the series carve out a fresh identity for itself.

But to write off the original fixed camera as being cumbersome and outdated also feels like too narrow of an assessment. Because by forcing themselves to compromise on camera control, the developers encouraged creative thinking – both for themselves and the player. And the results are just a little bit genius.

Harry's friends got sick of him talking about video games all the time, so he decided to write about them online. When Harry isn't cosied up with a good fantasy novel, chances are he'll be grinding his way through a JRPG or obsessively backtracking through a metroidvania.