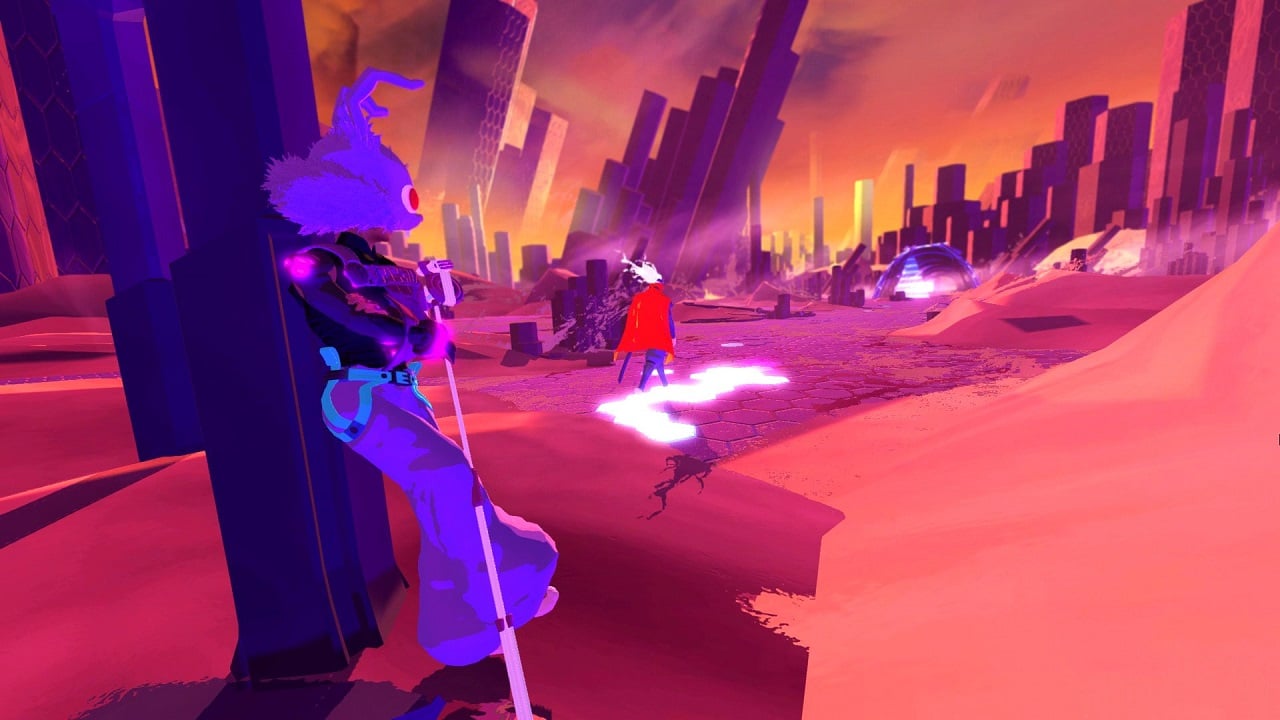 There are very few games that give you the feeling that you’re playing something truly special right from the start. The Last of Us comes to mind. Metal Gear Solid V is certainly another one. But the pure difficulty it takes to come up with a game that pulls you in right from the outset shows just what a feat that small step is.

Furi, a recent indie release, and one of last month’s free PSN titles, is just such a game. Though not so flashy as the aforementioned examples, what Furi accomplishes so perfectly in its opening moments is a sense of total intrigue and involvement. The initial interactions with both your jailer and your emancipator, each one a masked weirdo in their own right, immediately make you question what’s going on and why you are where you are.

Your jailer, or more accurately, your first jailer, tells you that he’ll simply kill you over and over again until it finally takes. “I am your future,” he says through a rotating samurai mask. Seconds later your emancipator appears. “Kill the jailer, fight for your freedom!” he urges as he frees you from your stasis. Silent and emotionless, your avatar picks up his sword and marches toward his first battle. 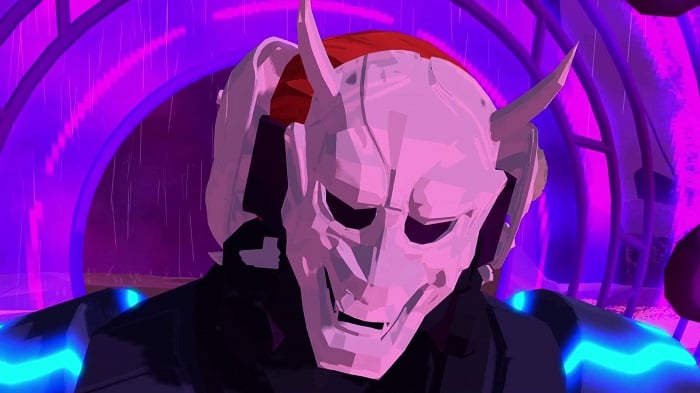 Dodging a lengthy prologue, or even any manner of establishing lore, Furi gives you only the information you need to start the game before hurling you into the action. And even though the opening section is meant as a tutorial, that doesn’t mean for even a second that this game is going to take it easy on you. Like in the Dark Souls series, even a tutorial is liable to get you killed in Furi, should you take it too lightly.

Speaking of Dark Souls, that franchise, with its trademark punishing difficulty, is only one of the many influences that a careful player will come across when ripping through this boss-rusher. Among the other influences are the fast-paced, make-one-mistake-and-you’re-toast gameplay of (modern) Ninja Gaiden, the tough tone, neon aesthetic, and glorious techno-synth soundtrack of Hotline Miami, and the badass collection of “best of the best” uber-bosses that one would expect from something like Metal Gear Solid.

You might think that Furi is setting itself up for failure with a pedigree like that, but rather than be daunted by its influences (two of the above are clearly determinable by the “Special Thanks” section of the end credits, while the other two are purely the speculation of this writer), Furi instead challenges itself to soar to their level, and often succeeds in its lofty task. 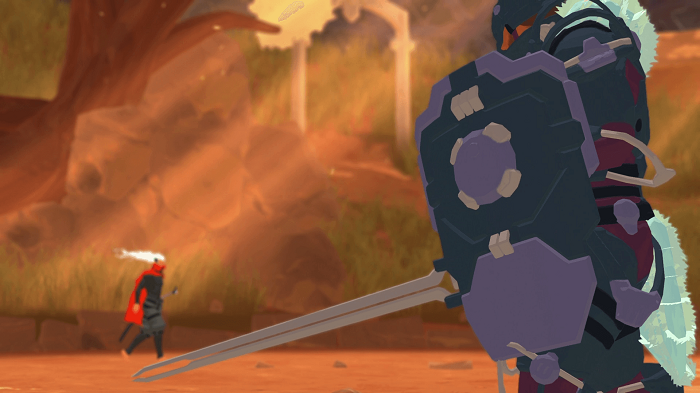 As a boss-rusher, it hits like a more straightforward Mega Man or Shadow of the Colossus, but it supersedes those influences with its method of injecting the bosses with personality and gravitas through the help of a constant narrator, much like how Metal Gear Solid would accomplish this same feat leading up to its own fateful encounters.

Every boss here is crafted with a kind of intent and purpose that clearly demonstrate developer The Game Bakers’ prowess for character design and attention to detail. Of the 11 bosses, not a single one feels like any other. Each of them, from the cocky sniper (The Burst), to the angelic benefactor (The Song), to the slinking monstrosity (The Scale) is crafted with such dedication that you won’t balk for a moment at replaying them again and again to topple them at last.

In addition, their backstories never feel grafted-on or egregious. A lot of games will try and cram in depth for a character just before the moment of truth, but Furi‘s more subtle approach only hints at the characteristics and fighting style of each of your opponents, leaving you wondering, more than expecting, what’s to come. 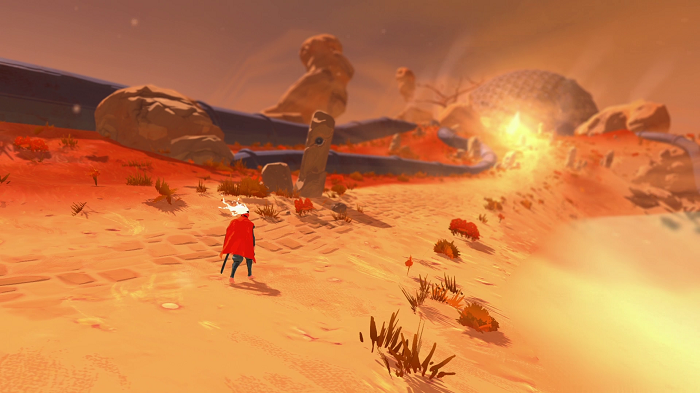 It’s a valiant approach that shows a lot of respect for its audience, giving you just enough information to continue to wonder how they relate to your character, and just enough motivation to take them out and continue your journey toward freedom.

To that effect, it’s also worth noting how much the reveal at the end of the game (don’t worry, no spoilers here) changes the way you look at each of the jailers who stood in your way up until the end, and how you see your emancipator as well. It’s the kind of clever twist that is so out of left field that no one would ever guess it, but somehow still makes perfect sense in the context of Furi‘s world. Think of it like Bioshock‘s “Would You Kindly?” twist, in that it changes the way you see the entire game leading up to that point, and makes you eager to replay the game with your newfound knowledge to see how it affects the experience.

Few games reward perseverance in the way that Furi does, and though its learning curve can be daunting from time to time, it’s an experience well worth having, and a worthy heir to the thrones it so often covets.