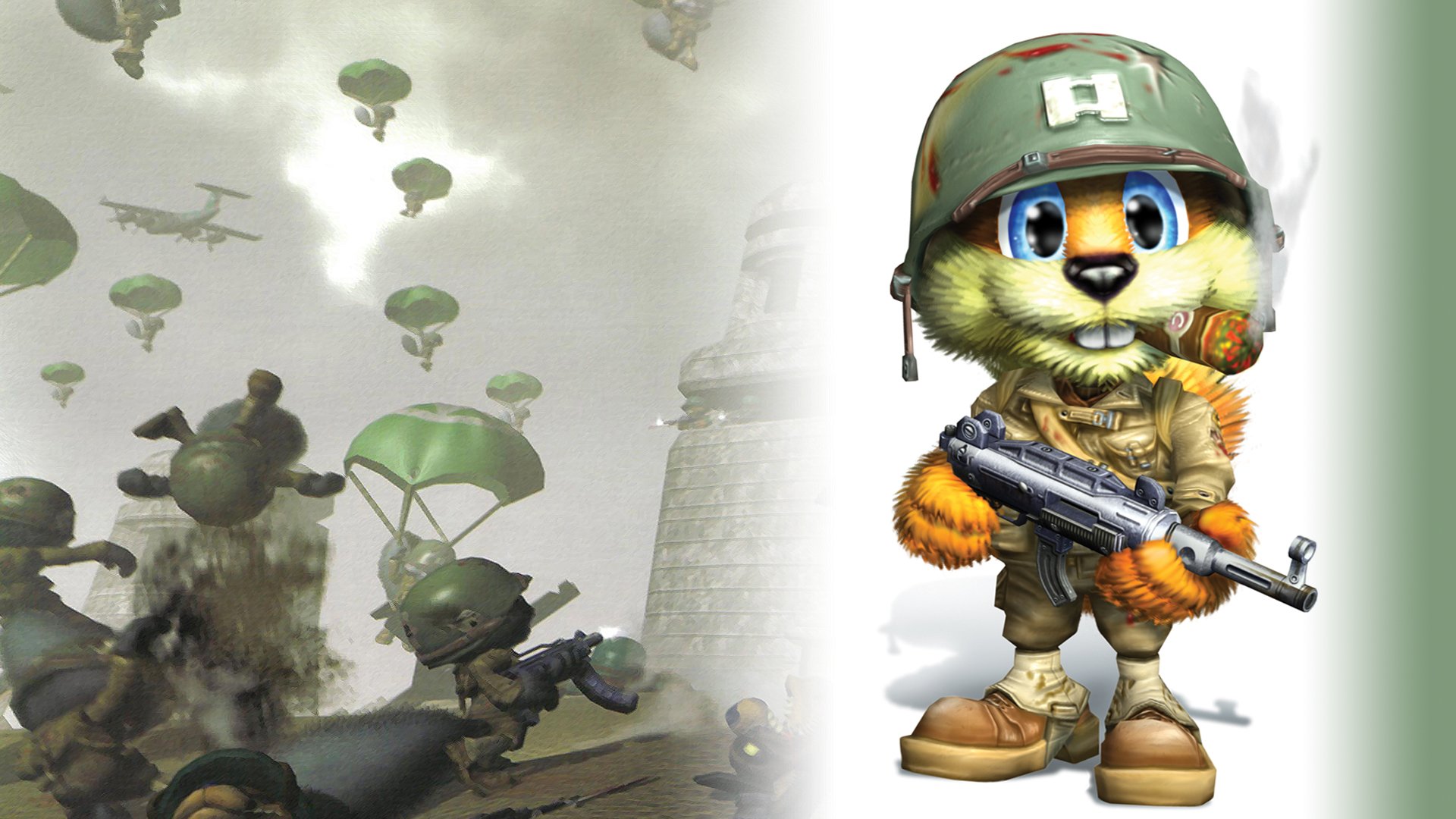 Following his first appearance, in Diddy Kong Racing, Conker’s first solo game was Conker’s Pocket Tales for Game Boy Color. Luckily, Conker’s only family friendly escapade was a commercial flop and so Rare went in a completely different direction for the follow-up which became Nintendo’s most boundary-pushing piece of software: Conker’s Bad Fur Day. The game was in development for four years and was originally intended for a family audience under the title Conker’s Quest, then retitled Twelve Tales: Conker 64. However, the prototype was criticized as both too cute and similar to Rare’s earlier platform games and so Rare decided to retool the game for mature audiences instead.

On the surface, Conker’s Bad Fur Day  is a platformer similar to Donkey Kong 64, and Banjo-Kazooie but the game also features violence, profanity, drug use and sexual content that is inappropriate for gamers under the age of 18. It was, and still is unusual to see such a crude game released on a Nintendo platform and making and releasing it wasn’t easy. First and foremost, Nintendo of America refused to publish the game and Rare had to self-publish in America and Australia while THQ picked it up in Europe. Secondly, Nintendo didn’t want to advertise it and refused to include any reference to Conker’s Bad Fur Day in Nintendo Power. TV commercials were restricted to adult time slots, and Rare had to advertise in magazines like Playboy, rather than dedicated gaming publications. Without the full support of Nintendo, it was never given the opportunity to thrive despite critical acclaim from video game journalists, who praised its visual appeal and smart, funny humor. Due to limited advertising and a release towards the end of the Nintendo 64’s life cycle, Conker’s Bad Fur Day was a commercial flop, but thankfully it went on to earn a much-deserved cult following. The following video from Games Korner features game designer Chris Seavor, animator Louise O’Connoer, software engineer Chris Marlow and many other former members of Rare Studios shedding some light on the making of one of the N64’s greatest games.