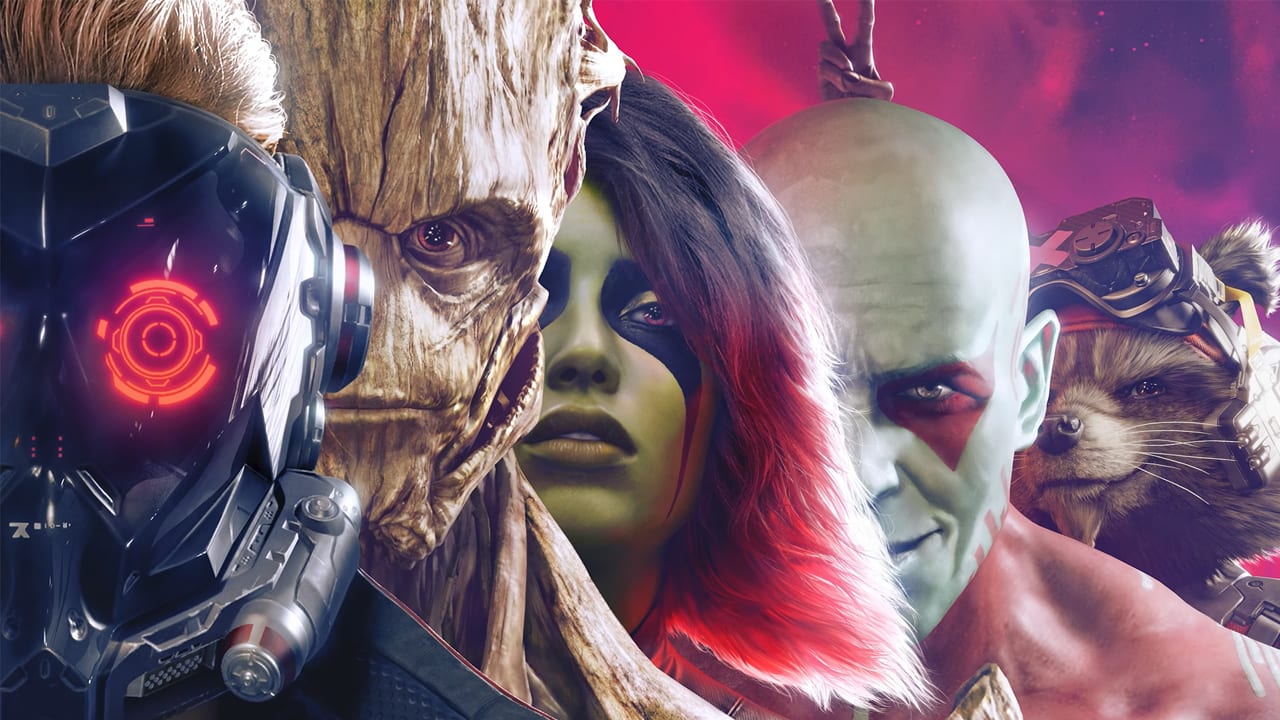 From the moment Peter Quill rocked out to “Come and Get Your Love” by Redbone in the opening of James Gunn’s fantastic 2014 Guardians of the Galaxy film, the Guardians themselves have been associated with music. In the recent game Marvel’s Guardians of the Galaxy, developer Eidos-Montréal kept the spirit of rock-and-roll alive by focusing on a completely different musical era.

Rather than keep an aural fixation on the sixties and seventies as the movie does, Marvel’s Guardians of the Galaxy focuses solely on 80s hits. They even created an 80s-style hair metal band, Star-Lord, purely to make the soundtrack rock even harder. The soundtrack is packed full of stone-cold bangers, even for younger fans who didn’t grow up under the influence of MTV, and is easily a highlight in an already-enjoyable game. Here are four songs that provided perfect musical pairings, elevating the action onscreen.

An undeniably groovy tune, the singer in “Tainted Love” perfectly captures the angst and anger of being drawn to someone they absolutely should not be. Nobody said being in love was easy, and that goes double when you’re an intergalactic hero for hire with a penchant for breaking hearts. When the opening beats of “Tainted Love” first appear in Marvel’s Guardians of the Galaxy, it’s right after a tense standoff between Peter Quill and Kor-El, a Centurion with the Nova Corps. Nova Corps members are essentially space cops; Peter Quill doesn’t exactly have a squeaky-clean record. Peter and Kor-El connected during wartime when the future was far less certain. Passion is a powerful drug, and Peter and Kor-El succumbed.

But, Peter Quill being Peter Quill, the two drifted apart and went their separate ways. So when Peter and Kor-El finally have a long-overdue conversation aboard the Nova Corps flagship Hala’s Hope, it’s a tense one. “Tainted Love” scores their conversation, and it provides some nice subtext to the matter at hand (“Once I ran to you/ now I run from you”). Kor-El is hardly all business and hearing the synth-pop strains of “Tainted Love” bubble up as she speaks to Peter, it’s easy to imagine the hurt and frustration that comes from loving someone like Quill.

“I Ran (So Far Away)” by A Flock of Seagulls

Any good piece of Guardians media is going to feature some great space action on top of character banter. In the very first chapter of Marvel’s Guardians of the Galaxy, the ragtag crew is forced to flee the Quarantine Zone after a heist gone wrong. As Quill and his friends pile into the Milano and crash their way out of danger, “I Ran (So Far Away)” by A Flock of Seagulls starts playing. It’s a perfect yet unexpected accompaniment for a couple of reasons.

Is it a little on the nose for a song about running away to start playing when the Guardians are, in fact, running away? Maybe. But does it still land? Absolutely. Rather than a more bombastic heavy metal tune, this understated hit plays and sets the tone for the rest of the adventure. Marvel’s Guardians of the Galaxy is full of chart-toppers, but not always the ones players are expecting. Putting this song in, right at the very beginning, gives players a sense of what to expect- the unexpected. The gang always zigs when they’re expected to the zag, and the soundtrack does too.

“(Don’t Fear) The Reaper” by Blue Oyster Cult is an interesting pick for a musical sting. It is a song overused to the point of parody, but when it lands, it really lands. Ironically, this song was also used heavily in a sci-fi-themed action game earlier this year; Returnal has strains of “(Don’t Fear) The Reaper” strewn throughout the game as well, and features an incredibly well-done rendition of the song during a boss fight. In Marvel’s Guardians of the Galaxy, the song plays during an equally fraught moment, but rather than feel forced, its deliberate choice is a reminder of why the song endures.

Midway through the story, Quill and the rest of the Guardians encounter a pseudo-cult led by Raker, a priest with unshakeable faith. Part of the cult’s power lies in the strength of belief, a power so strong that they’re able to tap into their victims deepest desires and show them what they want to see the most. For Peter Quill, it’s the chance to save his mother from her untimely death. In one of the game’s standout moments, Quill experiences a flashback to his youth, moments before his mother is killed. The iconic guitar riff that starts Blue Oyster Cult’s song kicks in, and the player is reminded of what’s at stake. Peter can’t “fear the reaper”, because if he focuses on the past, his future, and the future of his team, will be lost forever.

“The Final Countdown” by Europe

Marvel’s Guardians of the Galaxy has a lot of systems for a single-player action game. As leader of the Guardians, Peter can command the other members to perform great feats. With enough momentum, these attacks become devastating. But sometimes a battle calls for more. In moments where the team is at their lowest, Quill can call a huddle, where the rest of Guardians gather ’round and hear a pep talk. Done right, a huddle can turn the tide of any fight, granting a powerful boost to Peter and the entire team.

But as good as the battle boon is, the best part of the huddle is the blast of music that scores the fight. The songs chosen are at random, but the music always rules. And nothing rules harder than the synth-laden masterpiece that is “The Final Countdown” by Europe. It’s a battle anthem if ever there was one, and whether the player hears it during Chapter 2 or Chapter 15, it’s always just the right song to pump players up for victory. Of course, players might prefer the sounds of Rick Astley or Wham!, but “The Final Countdown” is impossible to hear and not want to kick some ass. It’s a good thing Quill keeps it on standby.