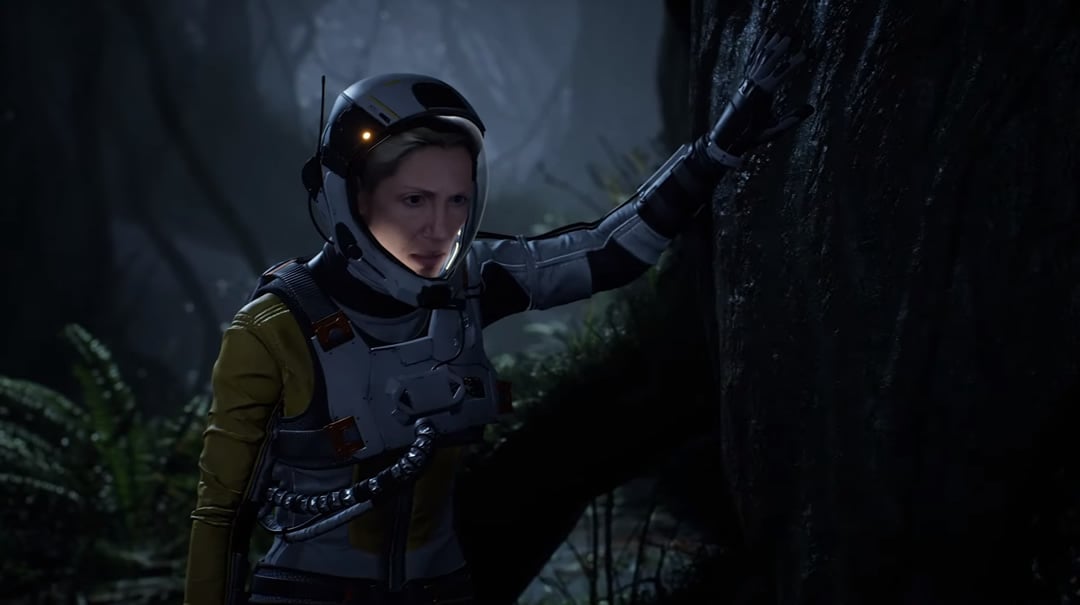 The Best of Returnal — Memorable Scenes in an Endless Cycle

It’s true what they say about roguelikes and roguelites: no two runs are exactly alike. But in a game like Housemarque’s Returnal, there are bound to be specifics periods that stand out. The moment-to-moment gameplay may be procedurally generated but these five moments will inevitably be experienced by everyone who manages to tough it out against Returnal‘s relentless action.

Returnal merges spectacular action with extremely tight gunplay as it easily manages to become one of the best-feeling shooters to currently play on PlayStation 5. The action rarely slows down, and keeping momentum going is one of the game’s keys to success. But after a little exploration in the Overgrown Ruins, Returnal‘s first biome, player character Selene eventually stumbles across a quaint farmhouse. She is shocked, and rightfully so; how in the furthest reaches of space on a hostile alien world can a building from her past suddenly appear? After finding the right house key, she can unlock the door and step inside.

These house sections offer intriguing narrative disruption for an experience that is otherwise nonstop bullet hell. The player’s perspective shifts to a first-person view, taking the game into Gone Home territory. While every subsequent visit to the farmhouse offers new insight into Selene and what makes her tick, the first visit to the farmhouse nearly dives into full-on psychological horror. After exploring the rooms available to her, Selene goes to leave. But as she glances outside on her way out, she’s confronted with the being that will haunt her for the rest of the game: the always-silent, ever-present Astronaut. It is a completely unexpected moment, somewhere between a jump scare and a Kubrick-style nightmare vision. The Astronaut appears several more times throughout Returnal, but this first appearance is unmatched.

The lore of Returnal is drip-fed over the course of dozens of runs. While Selene frequently finds audio logs from her deceased self trying to come to terms with how she’s able to look at her own dead body, the world of Atropos holds many more mysteries. Most compelling is the race of Sentients. These ancient beings have been seemingly eradicated from the face of Atropos; only their statues, crumbling with age, remain. So when the player stumbles into an archive room, full of gigantic Sentient holographs, it feels momentous.

Upon examination, these holographs provide the barest of details to the player. But read enough of them, and a full picture comes into view. What caused the downfall of the Sentients? Did their civilization deserve to collapse, or was that an unfortunate accident? How do they relate to Selene? While the answers to these questions are cryptic at best, seeing the holographic representations of an alien civilization towering above is awe-inspiring. Entering an archive room makes the player feel like they’re a crew member on the Nostromo, finding the body of the Space Jockey in Alien. These holograms are unnerving but extremely compelling.

The Act 1 to Act 2 Transition

After potentially hundreds of tries, Selene and the player eventually make it to the third biome. A crumbling city, full of turrets and murderous automatons, is all that stands between Selene and the signal she so desperately wants to reach. After a pitched battle against Nemesis, the player finally succeeds. Exhausted, Selene slumps down as her wrist receiver chirps. At last; her distress signal has been heard. She’s going home. Finally, after countless deaths and nerve-shredding encounters with the memories of her past, Earth awaits.

But not for long. After a quick montage, Selene gasps, jolts awake, and finds herself once again crash-landing back on Atropos. It’s like no time has passed at all, or maybe all the time in the world. The first-person perspective inside Helios is different; clearly, an eternity has gone by. Webs carpet the inside of Selene’s ship, different from the squeaky-clean interior of before. Selene thought she’d done the impossible and escaped her fate, but instead appears to be more locked in than ever before.

For players who didn’t look at the trophies beforehand, the end of Act 1 and subsequent beginning of Act 2 will come off as a genuine shock. It’s not an unusual trope in the world of modern roguelikes for the player to defeat what feels like the final boss only to realize that there is still a whole back half of a game to go through. Returnal pulls off this trick exceptionally well. The player has just battled and defeated an over-the-top boss, going through hell and back multiple times, only to be knocked down a peg and forced back to the start. But there’s also incentive to keep on fighting to see how everything plays out. Being called back to Atropos is devastating for Selene, but to the player, it’s indicative of even more exciting challenges to come.

Act 2 essentially remixes the first two biomes. They’re recognizable, but notably different in terms of layout and enemy diversity. The Echoing Ruins that replace the Overgrown Ruins feel more dangerous than anything the player has seen up to that point. The boss battle at the end of the area is a glorious reminder of everything that Returnal does well.

Leading up to the boss arena feels almost the same as it does in the Overgrown Ruins. The player climbs stairs and avoids the sweeping gaze of gigantic eyeballs on towers. But instead of the boss door leading to a hole in the floor where the player drops in to fight Phrike, plaintive strains of music draw the players attention upwards. Ascending to where Hyperion rests feels epic in the extreme. Organ music swells, with a few notes recalling Blue Oyster Cult’s “(Don’t Fear) The Reaper” in a nod to a previous house sequence. The entire buildup is insane; finally ascending to the top of the arena feels like the culmination of a journey. What awaits at the top? Hyperion.

First revealed with their back to the player, the gigantic being Hyperion is playing a building-sized organ loud enough to shake the world. Tentacles and appendages flail around with purpose, and then the actual boss fight begins. Throughout every stage of the battle, Hyperion engages with the organ, blasting music as if its their purpose for existing. The fight is fraught, yet fun; the actual boss doesn’t dart around the stage like the guardians of the first two biomes, but instead is mostly stationary. Often, Hyperion will turn their back to the player entirely, dismissively, as though this incredibly frenetic battle is beneath them. When Hyperion finally turns their full attention to the player, it is with the fury of a master at their craft interrupted by a flea. Upon Hyperion’s defeat, the silence that follows is deafening. While every boss battle in Returnal is epic, Hyperion takes things to the next level.

“Do you see the white shadow?”

It’s the question that haunts Selene throughout Returnal. She can’t escape it; she hears it, over and over again. She repeats the question to herself, and hears it in audio logs she takes off her corpse. It becomes a driving force, a mantra that pulls her forward. But what sounds like just a cool sci-fi phrase has far more heartbreaking implications. After battling and defeating Ophion in the sixth biome, the truth of the question is revealed.

Selene sinks to the bottom of the ocean and finds something familiar: her car, headlights ablaze. Players who have been paying attention to the scraps of lore up to this point can sense what’s coming. The cutscene that follows is short but endlessly sad. The camera pans down over a forest at night. Headlights cut through the murk as a car winds through the twisty roads. There is a shot of the driver; it’s Selene. A child is in the backseat, hugging a stuffed octopus. There’s a tension in the air, a dark sense of foreboding. Selene glances at the child in the rearview mirror; the child asks, “Do you see the white shadow?” Selene does not answer and distractedly fiddles with her car radio.

As their car approaches a bridge, the crash finally happens. An astronaut inexplicably appears in the road, and Selene swerves to avoid the figure. The car breaks through the barrier and sinks into the depths as “(Don’t Fear) The Reaper” blares from the car stereo’s dying speakers.

This tragic cutscene, as brief and cliché as it is, re-contextualizes almost every image seen in Returnal. Every small detail suddenly takes on new significance and gives players even more reason to find every collectible and see any kind of secret ending for themselves. This reveal feels weightful and is deployed at just the right time to make players reinvest into finding everything there is to find in Returnal.