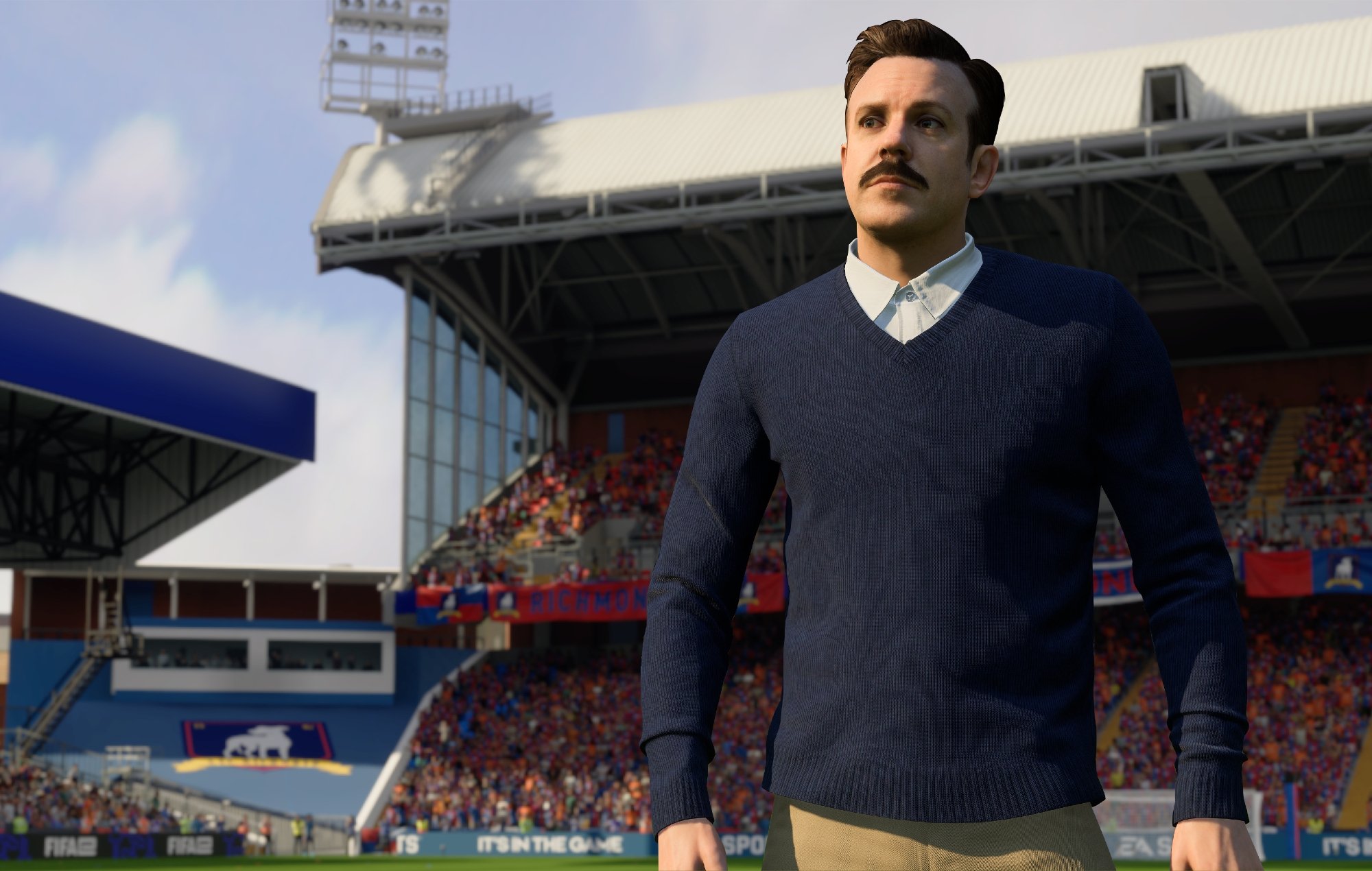 Last week, it was confirmed that Richmond FC, the centrepiece of the enduringly-popular Apple TV series Ted Lasso, would appear in the latest edition of EA Sports’ world-beating football series (soccer if you’re nasty), marking the semi-defictionalization of the beloved folksy manager and his London team. Characters from the show such as Roy Kent and Jamie Tartt will all be available to play in a variety of modes.

This will of course come as a tantalizing prospect to fans of the series and should be seen as another sign of gaming’s cultural prominence. This marks an excellent promotion for a critically well-received television series, and it’ll hopefully boost the sales of yet another FIFA iteration. Across the board, this seems like a slam dunk, and a tie-in so perfect you’ll think “Why didn’t they do it sooner?”

Well, they have and they haven’t. Guest characters aren’t a terribly new phenomenon in video games – where characters transcend their own games or even their own mediums to join the fray elsewhere. We’ve seen Negan in Tekken 7, the Terminator in WWE 2K16, and a litany of bizarre crossovers in the likes of Fortnite. Because who doesn’t want to blow off heads in Tomato Town with Harry Kane, leading light of the English football team?

Many of these crossovers are relatively ham-fisted; transplanting an established character into another world, usually hastily, for that sweet, sweet DLC coin. If you want to play as Robert Englund in Call of Duty: Black Ops, then fair enough, I hope you have a great time, but surely you must be able to admit how out-of-place this all is, and that these inclusions are only designed to pry even more money out of you? 9 times out of 10, these inclusions seem like a blatant nostalgia trip, ghoulishly using your own happy memories against you to trick you into enjoying the video game du jour rather than being a more thoughtful inclusion.

To that end, I don’t see the Ted Lasso deal quite so cynically. Of course, this is designed to get money out of our wallets. Everything EA has ever done is designed to extract money from us at double speed, and if they’ve ever said it’s not, take it even more so. Even if this is a crass attempt to get money off us, at least it fits. It’s a tie-in that genuinely adds value and not one that merely exists for profit or one likely to be treated as a secret shame by fans of the series.

Take Ariana Grande and Katy Perry in Final Fantasy: Brave Exvius as an example. No comment here on their music – although whether you’re a fan of California Gurls or not, it’s fair to say that neither of them meshes particularly well into any of Final Fantasy’s worlds. Maybe Ariana could slot into X-2 at a push, but it’d take a brighter mind than mine to visualize that. Otherwise, their inclusion into the mobile game, as part of a limited-time-only event, was every bit as crass as it sounds, and deeply endemic of that monkey on gaming’s back, saying “do it now, do it now, buy the game” all the while clicking its fingers frantically.

The “are games art” debate is overplayed, sure. Yet it’s hard to take it more seriously if we can’t access that argument if we have to pay $4.99 to remove ads or to add skins or other demented notions that developers have dreamed up, and comes as a real sticking point to people who are desperate for video games to be taken seriously.

That’s not to say that these crossovers never ever make sense, though, and that Ted Lasso, much like Jason Sudeikis’ charming character, is some mad anomaly. Who could forget Phil Collins’ legendary cameo in Grand Theft Auto: Vice City Stories where we’re treated to an awesome rendition of his hit single, “In The Air Tonight”, a moment players earned after having the protect the ex-Genesis drummer and his concert at large? This vignette is beloved and well-remembered not just for the enormity of the moment and the sheer cool factor of an in-game performance, but because, again, it fits with the wider world. The setting is appropriate and it’s very likely that Vic Vance and his contemporaries probably would have been at that event otherwise.

In-game concerts have become an explored idea as of late, such as when Travis Scott performed live in Fortnite, but also gone far back as 1999 when David Bowie gigs were accessible in Omikron: The Nomad Soul. As maligned and as crippled by its ambition as that game was, it at least fits with that game’s wider world rather than just slapping a concert in there and saying “that ought to hold the little SOBs”.

Basically, I think at the heart of what I’m getting at is this: if you’re gonna screw me, take me out to dinner first. We’re in a world where games are intrinsically linked with commercialism, and it’s going to take a long time to undo those effects for better or worse, so if you’re going to implement these crossovers, make it make sense. All in all, when it comes to tie-ins like Ted Lasso’s brave Richmond FC team in the digital world of FIFA, I liken it to the show itself: more of that, please.

Ben McCurry writes about games. Sorry about that. Find him and his misadventures on Twitter: https://twitter.com/BenCecilMC.