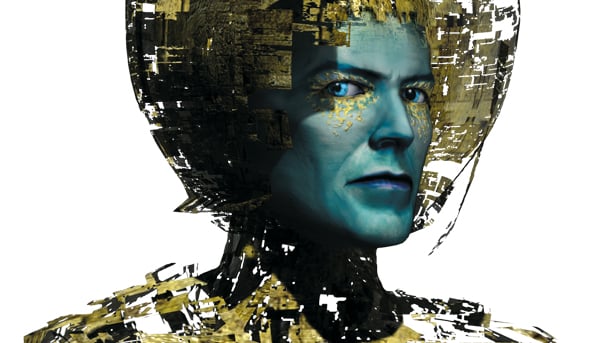 David Bowie has died at age 69 just three days after the release of his 26th studio album, Blackstar, an album exploring themes of death, and the fear of being forgotten and a project that Bowie said was a “parting gift” to fans.

Bowie’s artistic breakthrough came with 1972’s The Rise and Fall of Ziggy Stardust and the Spiders From Mars, his most thematically ambitious, musically coherent album, and in my opinion, one of the greatest records of all time. The Thin White Duke is one of the most influential artists in popular culture, and over the course of his 50-year career, Bowie sold over 140 million albums worldwide and starred in several movies including such cult classics as Tony Scott’s The Hunger, Nicolas Roeg’s The Man Who Fell To Earth, Uli Edel’s Christiane F. and of course, Jim Hensen’s Labyrinth. In fact, it could be argued that no artist has had such a musical impact on television and film, nor has any other artist had his music featured in so many soundtracks. But to only remember Bowie’s accomplishments in music and film is to overlook the influence he had in pop culture, in general. The man was a genius — a singer, songwriter, multi-instrumentalist, record producer, arranger, painter, and actor. There wasn’t anything he couldn’t do, nor wouldn’t want to try, and in the year 2000, Bowie turned his attention to the burgeoning world of video games, starring in Omikron: The Nomad Soul. Developed by French studio Quantic Dream and designer David Cage, Omikron is set in a futuristic city where the evil demon Astaroth steals the souls of video game players. That’s right; in the game, you play as a character who’s also a gamer and is sent into an alternate reality where he gains the ability to inhabit the bodies of other people. The game stars Bowie as a fugitive revolutionary called Boz, who exists in Omikron’s computer network and appears in virtual concerts seen throughout the story.

But Bowie didn’t just star in one video game, he influenced dozens of others and a couple of years ago a meme went viral showing the uncanny resemblance that many of the most famous video game characters have to several of Bowie’s personas over the course of his lifetime. Grant it, Bowie started his career by fusing British mod with Japanese kabuki styles so one could argue that his alter egos from the past are partly based on Western culture, but that doesn’t take away from the fact that several of the world’s most famous Japanese game developers have fashioned their creations after the pop icon; most notably Hideo Kojima.

As seen in the image below, many of the characters in Metal Gear have in some way been inspired by Bowie’s music and his undeniable fashion sense and stylish flare. In Metal Gear Solid 3: Snake Eater, the game references Bowie’s song “Space Oddity,” several times right from the start when the character Major Zero adopts the codename “Major Tom” for one of his missions. And in the Raymond Benson novelization for Metal Gear Solid 2: Sons of Liberty, Bowie was briefly referenced in one of the beginning chapters, specifically when Raiden is told that his androgynous physical appearance gave him a resemblance to Bowie during his early career. More recently, Metal Gear Solid V: The Phantom Pain, references Bowie’s album Diamond Dogs (released at a time when Bowie wore an eye patch) and even opens with a cover of “The Man Who Sold the World” sung by the artist Midge Ure.

Metal Gear Solid isn’t the only hugely popular video game franchise inspired by the work of David Bowie. In Hironobu Sakaguchi’s Final Fantasy series developed by Square Enix, many of the characters such as Balthier, Squall and Zidane Tribal resemble Bowie at one point in his life. But none more so than the series antagonist Kefka Palazzo, who many believe to be modeled after Bowie’s flamboyant, androgynous alter ego Ziggy Stardust — a deeply disturbed young man who ends up being destroyed by its own excesses. And the list doesn’t end there; of the many iconic characters in video games that resemble David Bowie, we also have Travis Touchdown (No More Heroes), Pokémon’s Zangoose (who looks like Aladdin Sane) and several characters from Resident Evil including Albert Wesker. Even the “Dance, water, dance” sequence featuring Demyx in Kingdom Hearts II is modeled after Bowie’s “Magic Dance” number in Jim Henson’s Labyrinth.

David Bowie’s musical career is the cornerstone of his legacy, but his influence is felt across all of the pop-culture landscape and will forever inspire a legion of artists, be it in fashion, music, television, film and yes, video games.

Anyone who knows me well, knows I’m a huge fan of David Bowie. I was lucky enough to see him perform live in concert a couple of times; I own every movie he ever starred in and every vinyl he’s ever released (some of which hang on my wall). Bowie has truly shaped me as an individual growing up and so the news of his passing is truly saddening.

R.I.P. David Bowie. You will be missed.

“The truth is, of course, is that there is no journey. We are arriving and departing all at the same time.”

“I don’t know where I’m going from here, but I promise it won’t be boring.”

Rare Spotlight: ‘Goldeneye 007’ was the N64 game with the golden gun

Looking back at Nintendo Power Issue #1