Okay, Square, look: I like Final Fantasy XV, I really do. In fact most of us here at Goomba Stomp liked the latest Final Fantasy, as evidenced by it’s 3rd place standing in our 2016 games of the year. But, let’s get one thing straight: nobody wants Power Rangers in this game.

Now, I heartily realize that there are no actual “power rangers” in this game. What we have instead is something called “Magitek Exosuits”. Whatever, though, because that’s just a classic example of Square-Enix mashing together words and forcing them to copulate into making sense. See games like Bravely Default or terms like Fabula Nova Crystallis for more on this phenomenon! 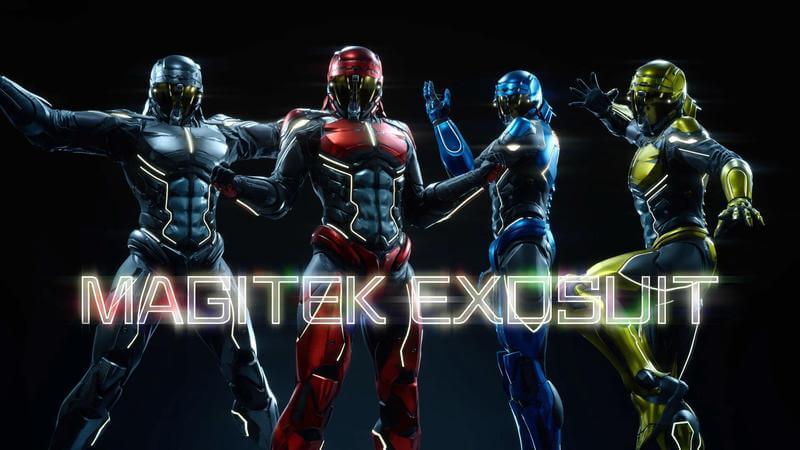 Nobody asked for this.

Anyway, back to the matter at hand: the latest piece of DLC to be unveiled at the Final Fantasy 30th anniversary event is a set of color-coded suits that will apparently enhance the gameplay experience in some way, while not shamelessly taking advantage of that new Power Rangers reboot everyone is talking about (yes, Bryan Cranston is going to be in it, no, that doesn’t mean it’s going to be watchable).

On the plus side, though, Square-Enix did announce that the first character-centric DLC for FFXV is on the way in the form of Episode: Gladiolus. This DLC will replay the story through the eyes of Gladiolus, though how that will actually work remains to be seen. For example, will they let us play as Gladio in the main game after his DLC is complete? That would be a nice way to ease people in on these DLCs Square, just saying…

Are you gonna finally tell us how you got that scar Uncle Gladio?

Also, we learned that arguably the worst mainline Final Fantasy title ever made is almost ready for its re-release. Yes, Final Fantasy XII: The Zodiac Age is on the way, and it’ll be arriving in July. By the way, does anyone know what that title is referencing? I already wasted 10 hours on Yiazmat so I’m not about go prowling through the FFXII wiki 11 years later to see if there’s something about the Zodiac in that game.

Are they trying to give us a lesson in edging with stuff like this? It’s gonna be a long 5 years…

Now that is sharp! Too bad it didn’t come with any information about the game but here’s hoping it’ll arrive by 2020, maybe even with a playable demo for Kingdom Hearts III. A man can dream, can’t he?