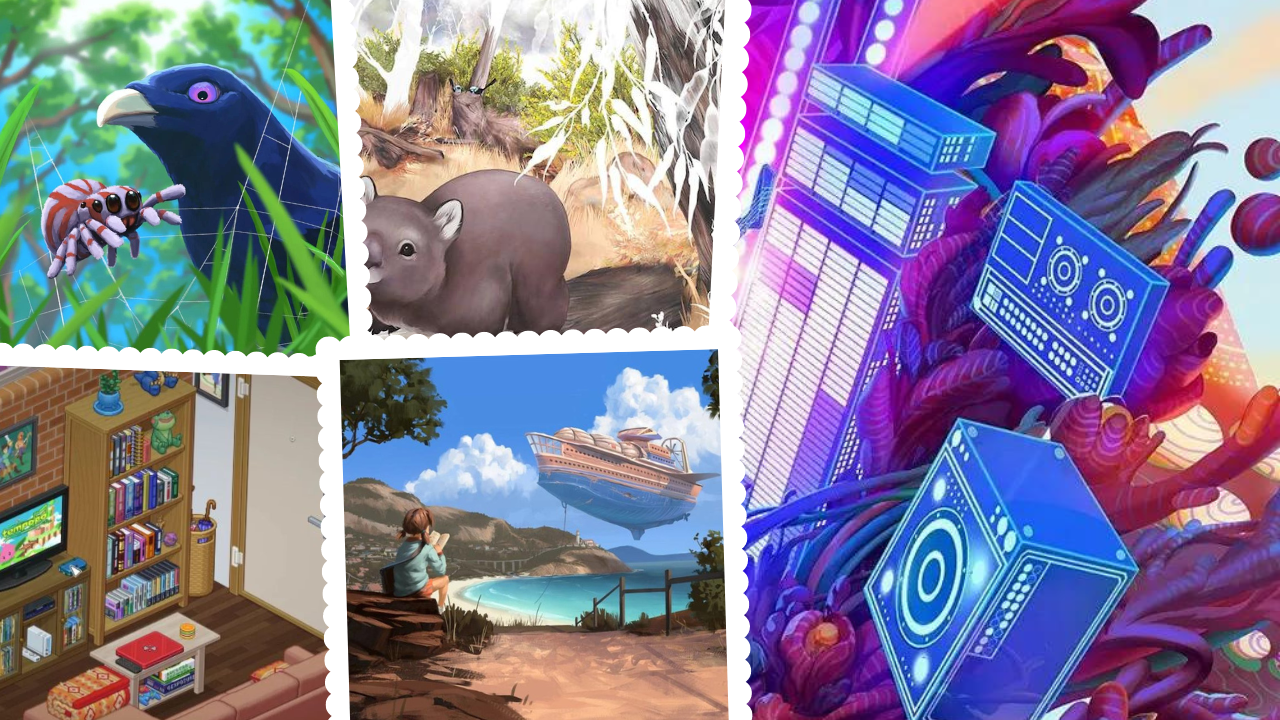 As the years roll by, the Australian game industry is slowly, but gradually, making a name for itself on the world stage. A new generation of talented local developers are rising up through the ranks, the Australian government is finally starting to treat the gaming industry as a worthwhile investment, and the games that come from the land down under continue to inspire and amaze gamers from around the world.

It may not be a giant in the world of gaming, but in recent years, there have been a wealth of exciting new games to have emerged from Australian developers. Many of these games haven’t been afraid to get experimental with their stories, gameplay, or presentation, resulting in some of the most memorable gaming experiences in recent memory. From indie darlings to ‘Game of the Year’ contenders, here are just some of the great Aussie games that shouldn’t be missed.

Let us start with a game that has only just released – Wayward Strand from Melbourne developer Ghost Pattern. This gorgeous narrative-driven game is set in 1978 Australia, where you play as high-schooler Casey who spends her holiday exploring an airship hospital. While up in the sky, you pass your days conversing with the various patients on board, as they share with you their stories, regrets, and hopes for whatever future they may still have.

The story of Wayward Strand is a bitter-sweet musing on time and humanity, all wrapped up in a breathtaking art style that captures the Australian landscape in all its harsh beauty. The gameplay is laid-back and offers plenty of player agency in choosing whose stories you will follow, and whose can wait for the next playthrough.

Unpacking may just be the ultimate ‘vibe’ game. Made by Brisbane developer Witch Beam, this game is for all the organizers in the world – or people who don’t like sorting through things in real life but can get behind it when those things are cute little, pixelated items.

Unpacking isn’t concerned with giving you a huge world to explore, challenging enemies to defeat, or a strict time limit to abide by. Instead, its small-scale story of unpacking the belongings of a person as they move to various homes throughout their life is simultaneously universal and intimate. The video game is equivalent to looking through someone’s photo albums and piecing together their story. Instead, in the case of Unpacking, you get to choose what goes into the background of those photos, adding your own personal touch.

Part platformer, part rhythm game, part rock n’ roll fever dream, The Artful Escape is never lacking for imagination. When the developer’s name is Beethoven & Dinosaur, you get an idea of the kind of zany, uber-creative experience you will be getting into with this game.

The Artful Escape charmed gamers from around the world in 2021 with its unique gameplay structure, sci-fi rockstar aesthetic, and engaging story filled with memorable characters played by A-list stars (hi, Carl Weathers). With a banging soundtrack and some of the best writing to come out of an Australian game, The Artful Escape is required playing for anyone with a passing interest in idiosyncratic indie games. Now that it has released on the Switch and PlayStation platforms, there is no excuse for giving this one a miss.

For a country that is infamous for its dangerous creatures, it only makes sense for an Aussie developer to create a game like Webbed. Only, instead of playing as a creepy spider stalking down its prey, Webbed puts you in the 8-legged shoes of the comparatively adorable spider, Buddy, who is on a quest to save her missing boyfriend.

Brisbane developer Sbug Games does a terrific job designing the levels and puzzles of Webbed around its web-swinging physics. Movement, exploration, combat, and puzzle-solving are all designed through the lens of a spider’s capabilities (other than maybe the laser eyes), and it’s a joy to experiment with the different webs to progress through the game’s interconnected areas. Even if you are an arachnophobe, there is no denying the many endearing qualities of Webbed.

If playing as a web-slinging spider isn’t your cup of tea, then perhaps you would prefer to embody a sleepy wombat exploring the Australian outback. Paperbark may just be the most chilled experience on a list of games that place a pretty high value on eliciting a sense of serenity. Playing out almost like a children’s storybook, Paperbark is a great showcase for the Australian wilderness that can be enjoyed by gamers of all ages.

As it stands, the future of the Australian gaming industry is looking incredibly promising. With more and more exciting, unique, and award-winning Aussie games releasing each and every year, this country is well-positioned to continue to grow its clout within the global gaming industry.

Harry's friends got sick of him talking about video games all the time, so he decided to write about them online. When Harry isn't cosied up with a good fantasy novel, chances are he'll be grinding his way through a JRPG or obsessively backtracking through a metroidvania.