The developers of Europa Universalis 4 have endlessly tried to strengthen the mechanics of peace time, particularly with diplomacy and trade. The introduction of a new DLC that focuses on the Indian subcontinent has been long coming, and with a name like Dharma, the intentions of Paradox to improve the game outside of warfare has been announced in one of the most diverse regions on the planet.

India has always been a region that needed extra content, and so it remains surprising that Paradox chose to focus on the British Isles in their previous DLC, Rule Britannia, when there have always been other parts of the map that were absent of the detail they deserved. With new provinces and mission trees for the dominant powers on the Indian subcontinent, there’s plenty of reasons to start your next campaign in India. 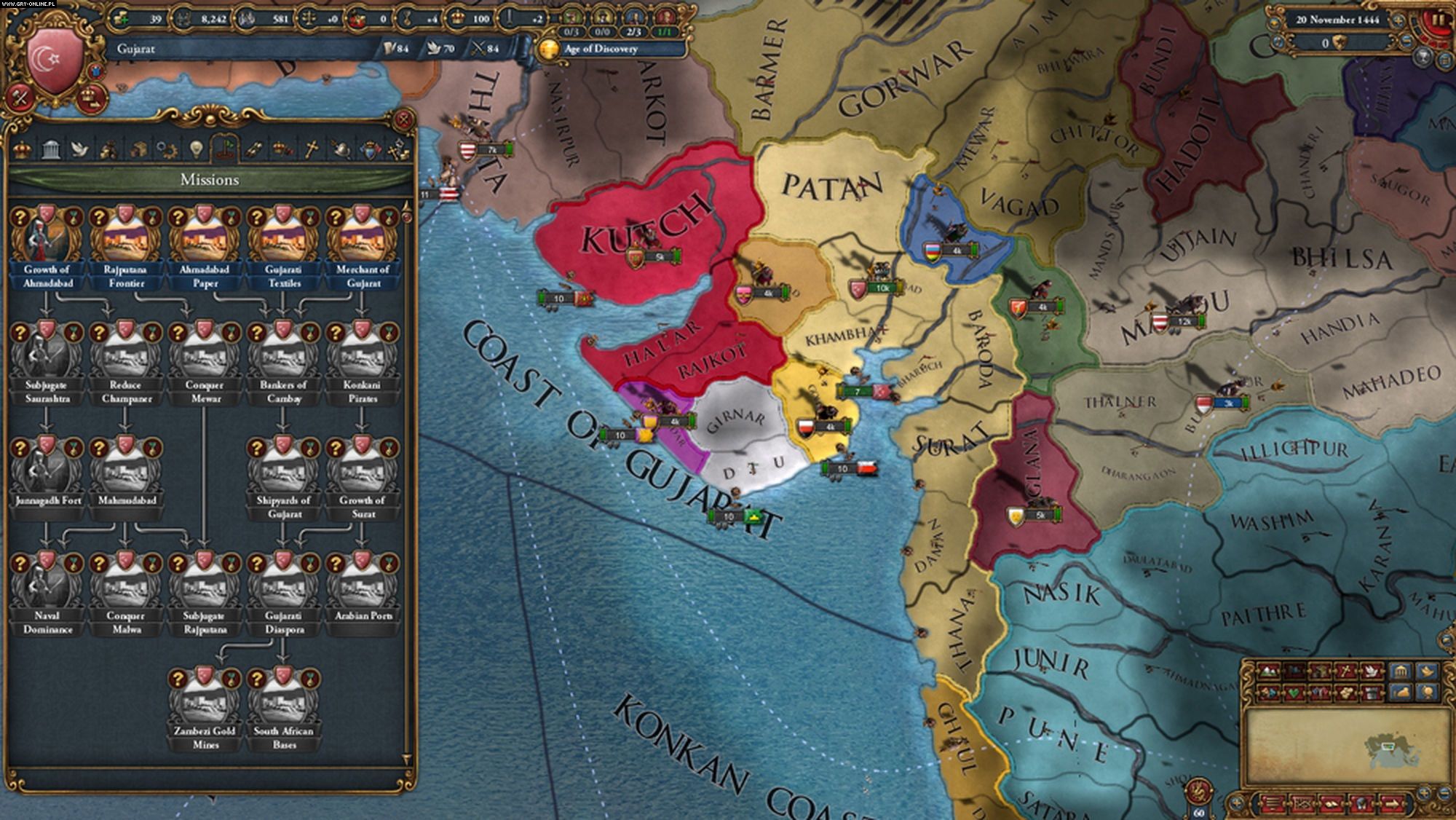 Mission trees have been a revelation since their introduction, and while there’s a long way to go with branching them out to more nations, the much-needed structure helps develop an initial strategy for the player. While the mission tree overpowered England in Rule Britannia, the new mission trees in Dharma are adequately challenging. Particularly, the Mughals have a new lease of life, with a mission tree that spectacularly articulates their incredible rise into the Indian subcontinent; their predecessors, the Mongol Empire, would be proud.

It isn’t just the large nations in the region that are getting a unique mission tree. Small nations in Northern and Southern India also have mission trees that are distinct from each other. Many of the missions remain the same between the two areas, notably the ‘silk road’ mission, but there are missions that allow the player to dominate each area, giving permanent cores to provinces in the region. This is an acceptable solution to diversifying the Indian region without creating separate mission trees for every faction; the focus on larger nations such as Bengal and Delhi, which have a wealth of history to implement into missions, is more than enough content.

The changes to the Indian Estates have also implemented India’s unique history superbly. The inclusion of the Jainists as one of the castes is an interesting choice; India is the birthplace of many religions, and Jainism is one of the few that are often overlooked. The Jainist caste typically boosts income at the expense of manpower — a unique ploy on the pacifist religion. The Estates is clearly an area of EU4 that Paradox wishes to strengthen and develop further, so the increased depth in Dharma is a recognition of their intent. 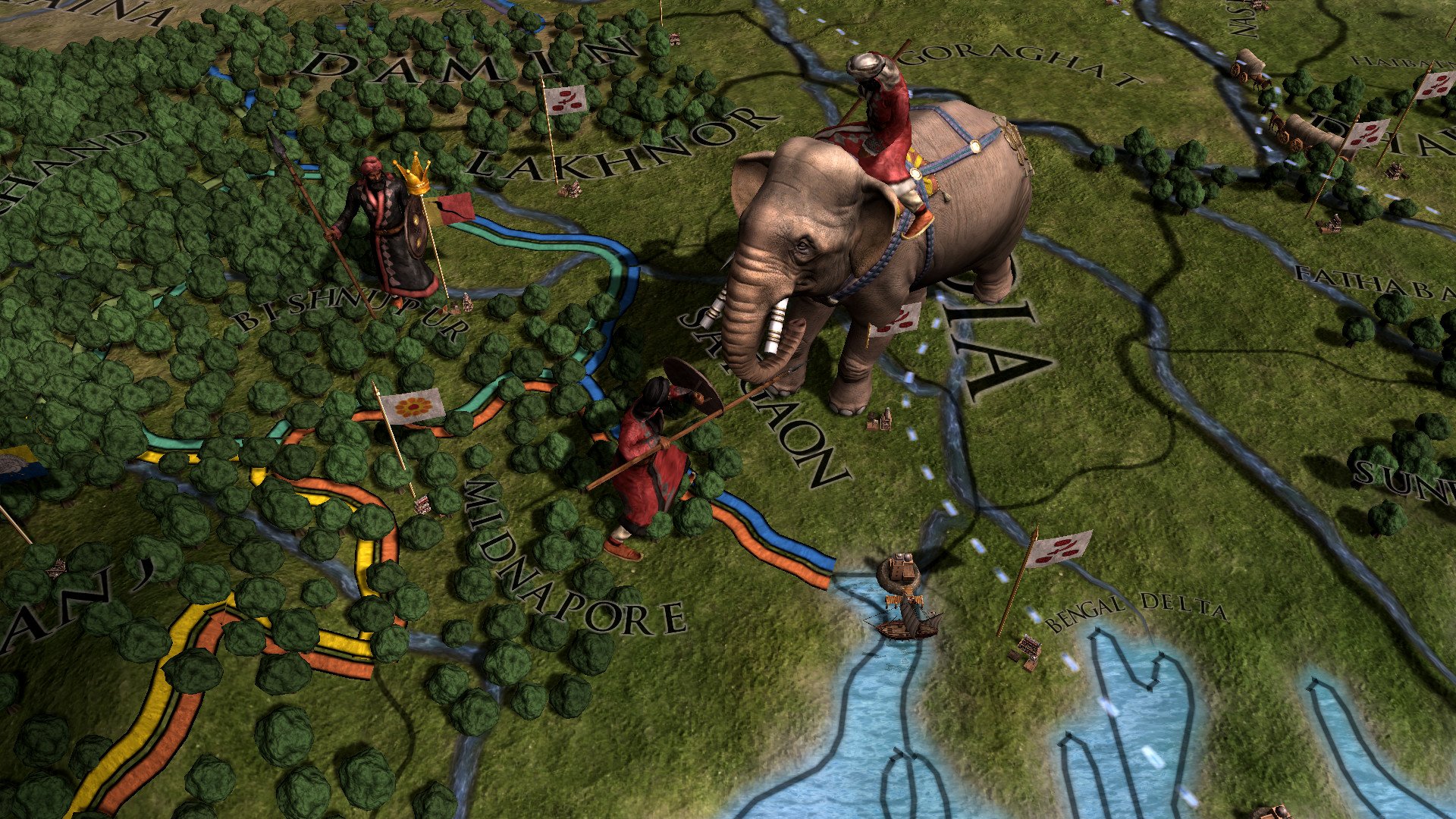 Elephants are the new cavalry.

With extra provinces added and an attempt to strengthen the Indian sub-continent with new missions and estates, there’s a lot new to offer, but ultimately, this is another Ireland situation. When Paradox added more provinces to Ireland, it only strengthened England. With a stronger subcontinent and some nice additions to the trade mechanics, the colonial nations might well benefit the most; Great Britain gets permanent claims on the Bengal region after all.

The new trade mechanics are perhaps the most intriguing addition to the Dharma DLC. Charter companies now allow Europeans to buy a foothold in Africa and Asia, and with the amount of money that end trade nodes can make by the time Asian colonization is possible, this mechanic will see European colonial nations getting a stronger grip on India and other parts of Asia. Whether this is good or bad depends on the player, but for historical accuracy, it’s a clever addition. The game focuses on the colonial period, and one of the regions that seems to avoid the West Europeans during the game is India, so it’ll be interesting to see how individual playthroughs have been affected by the new charter companies. 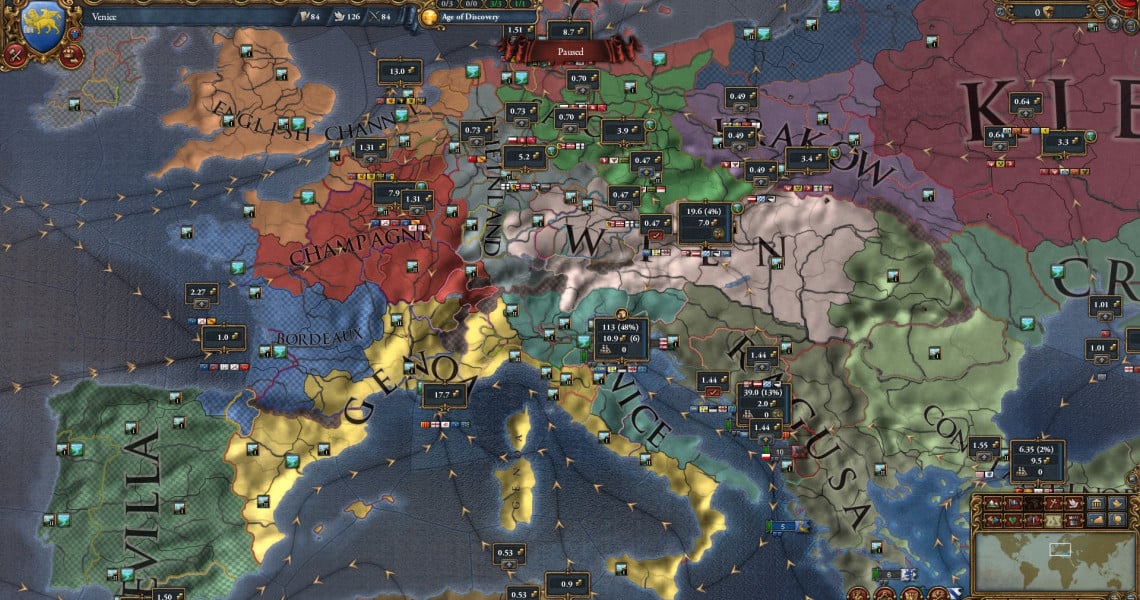 The new tier system for the center of trade provinces.

Curiously, the charter companies can have a positive impact on neighboring Indian nations. Trade companies have had a slight refurbishment, allowing the player to invest more freely into areas tied to the trade provinces. The neighboring Indian nations to these trade companies get some unique bonuses, which correlates with the improved trade centers themselves, who now operate in a tier system — tier three being the highest. The number of tier-three trade centers a nation can have is tied to the number of merchants they have available. Nations like Genoa and Venice have seen an incredible boost with this new mechanic.

The power a tier-three center of trade can exhibit can be shown in a province such as Genoa. At tier three, the province of Genoa gets +25 trade power, +0.25 naval attrition, +30% institutional spread, -10% development cost, +100% sailors, and an extra building slot. A nation like Genoa, which relies on a strong navy to complete its mission tree, gets an incredible boost from developing its province Genoa into a tier-three center of trade.

This asks the question again: how much does the Dharma DLC actually strengthen the Indian subcontinent? Truth be told, it doesn’t; it just gives the player a few extra reasons to play as an Indian nation and attempt to form Hindustan before the Europeans arrive. The reality is that the new mechanics strengthen the colonial European nations the most, and will perhaps persuade the player to turn their heads towards India rather than the Americas; if so, this would be historically accurate. 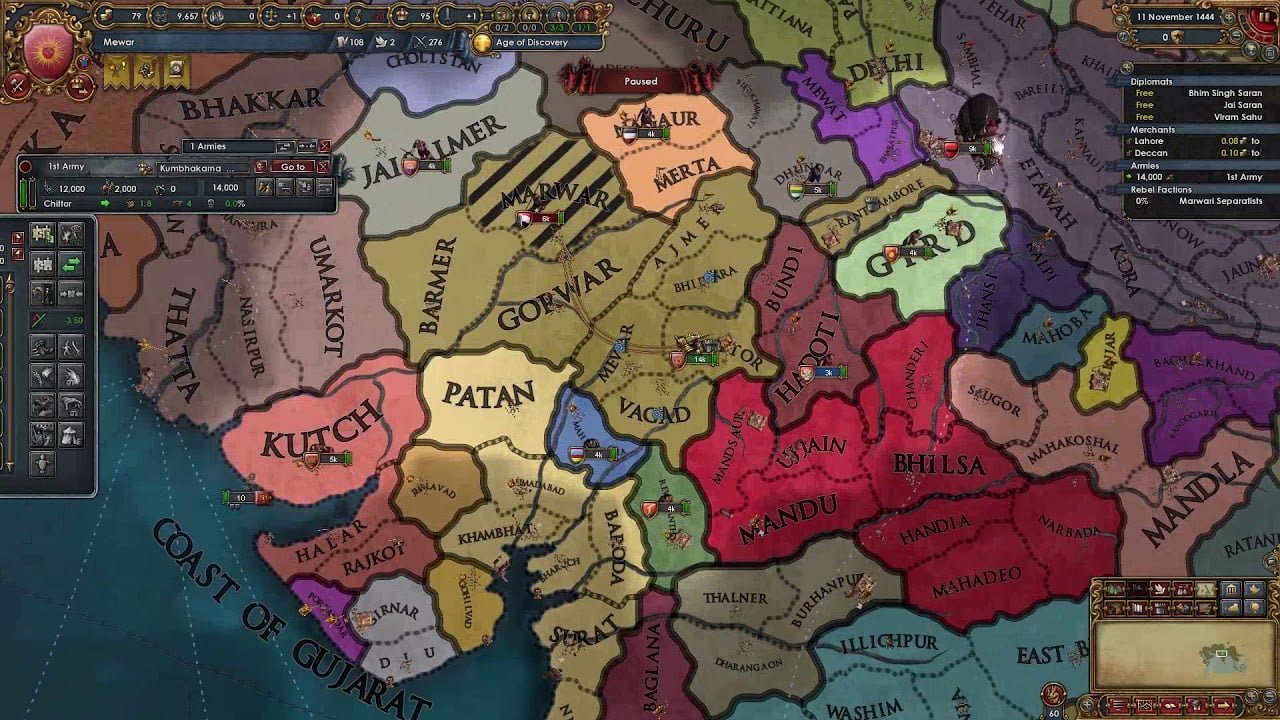 New provinces have been added to the region.

Europa Universalis 4 has always striven for historical accuracy, and so this isn’t a criticism — just an acknowledgment of how the new mechanics work. The additions to make the Indian subcontinent more culturally distinct have been rewarding enough, with their elephant cavalry units being a personal highlight in the new aesthetics. Paradox has even added a monsoon season to provide personality to the region.

Knowing fans of the series reasonably well, there’s probably the question as to whether Dharma is worth the money. If playing as an Indian nation doesn’t inspire the imagination, then waiting for the next Steam sale might be beneficial. If, however, a Timurid playthrough has been on the mind, or getting the Portuguese to Goa has been a life-long quest, then Dharma might be worth the investment.