An indie title hailing from Vienna, ELOH is the kind of casual puzzle game we need to see more of on handheld devices and smartphones.

The term “casual” often gets used synonymously with “passive” or “easy”: an ease that comes at the expense of enjoyability. For example, a company like Nintendo, which in the past had developed games that sat on the perfectly aligned fence between approachable and challenging, have mostly relegated their efforts to unassertive key-dangling.

ELOH subverts this bad game design practice by instead offering an exciting ride, that while not extremely difficult, still imparts enough of a problem-solving experience to be rightly called a “game”. 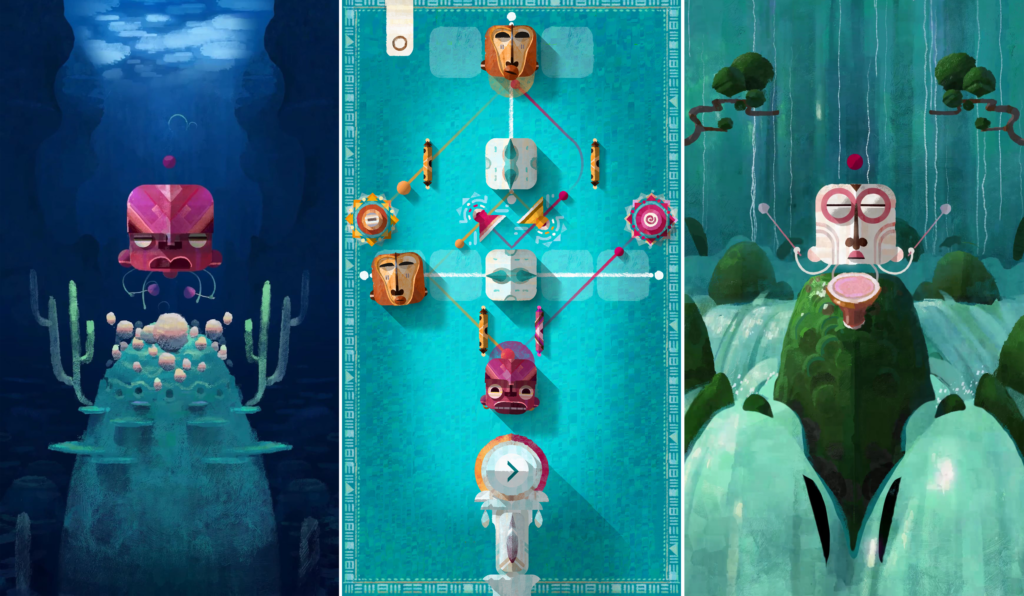 A tribal-themed puzzle game, ELOH’s gameplay consists of getting continuously moving lines of balls from a launch point to a goal, moving in such a way that’s reminiscent of the guide lines in Puzzle Bobble. The path these balls take has to be deflected by various iterations of mask-themed blocks.

Each of these blocks, boasting masks that have vibrant facial features and subtle personalities, fit into designated positions on the stage, often in a circuitous fashion. As you progress, more complicated concepts get introduced, like multiple goal-points, unmovable blocks, blocks that change the balls’ colors, etc.

With a short set of 85 puzzles, it’s not a long commitment. While the end of the game can get fairly cerebral, Eloh as a whole functions as a chill, mobile title. It’s nothing short of addictive, and will make you wish for more once you’re done. 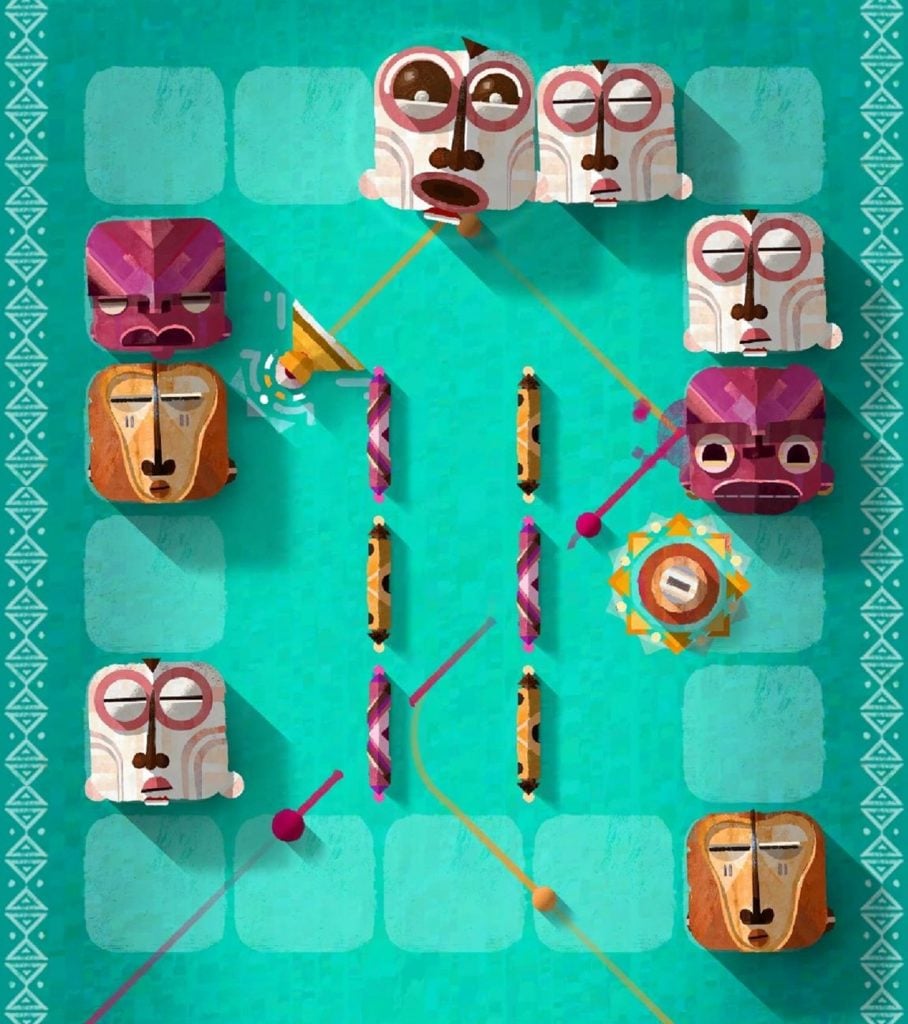 The Zen of Play

Sound is a crucial feature as well. ELOH isn’t a rhythm game, but it uses musically rhythmic feedback as a sort of auditory reward for solving its puzzles. Beyond creating a pleasant aesthetic, every correct step toward completing the puzzle reveals a more complete version of the soundtrack.

With every diversion and deflection of the ball on different pieces of a puzzle, a new texture of sound is made, adding to the music like a randomized step sequencer. This can, at times, be cacophonous. Yet, the incessant buzzing of sound comes into focus as the puzzle gets solved, like adjusting an old-fashioned TV set until the picture is just right. Upon finishing a puzzle, hearing the beat that you inadvertently created by moving all the blocks in the right places acts as a fantastic cue for the player of a job well done.

The ambient score will, at times, conflict with the sounds that you create, feeling like a muddy mix of two things playing at once. Nevertheless, it’s great stuff, with credits attributed to Oxenfree sound designer, Scntfc.

In a year that has had a surprising number of innovative phone games, ELOH takes its place on top of that list. It’s a nice little gem that I’d recommend to anyone looking for a relaxed puzzle game that doesn’t exchange accessibility for something that actually requires cognitive commitment.