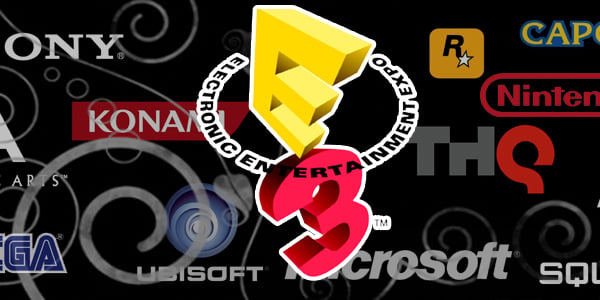 Inside the insular halls of games coverage, E3 is bigged up to be the most important week in the gaming calendar. The reverence and hype it is given are akin to Christmas, D-day and the second coming of Christ all rolled into one. The different gaming companies show up with full gusto and attempt to outdo each other in bombast and needless pomposity, looking like the last days of Rome, if Bill Gates had been emperor. E3 is completely decadent and pointless, and that’s why I love it. Gaming media gets itself into ridiculous hype cycles around this time of year, with predictions made and expectations raised. Endless hyperbole and vitriol spew out of the keyboards of devoted servants to the churches of Sony, Microsoft, and Nintendo, as if E3 will do anything to validate their previous purchasing decisions. It is almost impossible for companies to compete with the expectations of fans. Maybe this is why so often, companies fear creating new IPs, as they know that they won’t garner the same reaction as bringing back an old franchise. It’s like throwing fish at clapping seals. The audience yelp and scream like toddlers at a birthday party who have just been entertained by a clown made entirely of ice cream. E3 does little to dispel the attitude that games are for children.

For me, this is part of the entertainment. The stock that people put into E3 is unrealistic as if a bad or good E3 showing is going to make or break a company. We are at the point where the big companies feel the need to show anything, however early or unfinished it may be. My mind goes back to EA’s press conference two years ago, which revolved around announcing a game by showing a couple of unfinished textures for a new RPG, and some drawings on a wall for a new EA Sports game. Consumers watching E3 just want new stuff, with no guarantees of release date or relative quality. For me, E3 is more a less now a series of slideshows about games that may or may not come out, and if they do, they won’t look anything like what is being shown. A healthy dose of scepticism is important at these times. It is easy to be blown away pyrotechnics and a marketing spin. As consumers, it is not in our interest to pre-order games immediately on the heels of a strong E3 showing, as this also sets a worrying precedent that developers should try to deceive people when the game is first shown in order to boost sales.

E3 works very well for certain types of games, notably ones which are mechanically simple, are visually impressive, or sequels of games that people immediately recognize. It doesn’t bode well for games which are complex in either mechanics, tone or controls. For example, if you asked me which game I was most looking forward off the back of the presentations last year, I would have said Fallout 4, but at the end of the year, the game wouldn’t have even made it in my top 10.  By all means be excited by games at E3, but E3 is far from an accurate barometer to which to judge the quality of a game. E3 is all about the awkward on-stage banter and technical glitches gone wrong during demonstrations, not to mention industry folk wearing bad suits. That’s where the real fun lies. No game will ever be as fun as watching Aisha Tyler trying to have a naturalistic conversation with Yves Guillimot during the Ubisoft press conference. In fact I want those two to appear in a Telltale style adventure game where you have to choose the dialog options to get maximum applause from the audience. E3 isn’t really about games, in the same way the Oscars isn’t really about films. It’s an entertainment show which uses games as a backdrop, doubling as a shareholder event for gaming companies as they attempt to flex their muscles and exploiting the giddy excitement of their fanbases. More than anything it’s a place where each company shows off what they can do in a playground, and why they think they do it better than everyone else. Why else do you think they feel the need to lower an expensive car from the ceiling every year if it isn’t some sort of weird assertion of dominance?

I love E3 for everything except games, sure you may get a look at a couple of games which peak your interest, but to get the most of out of it I advise you sit back and watch the carnage unfold free from an emotional or financial investment.