The mind of Ben Esposito, best known for its involvement in the rather unusual The Unfinished Swan and the rather deranged Sonic Dreams Collection, has concocted a new non-typical title, a hole-oriented physics experiment experience wrapped around an intriguing cartoonish narrative: Donut County.

Taking its initial inspiration from a tweet by a Peter Molyneux parody account, made all the way back in 2012, Donut County has you take control of a hole capable of moving around, eating up everything in its path, and generally ruining everyone’s day – and a hole that may or may not be part of a conspiracy orchestrated by a raccoon who works at the local donut shop. 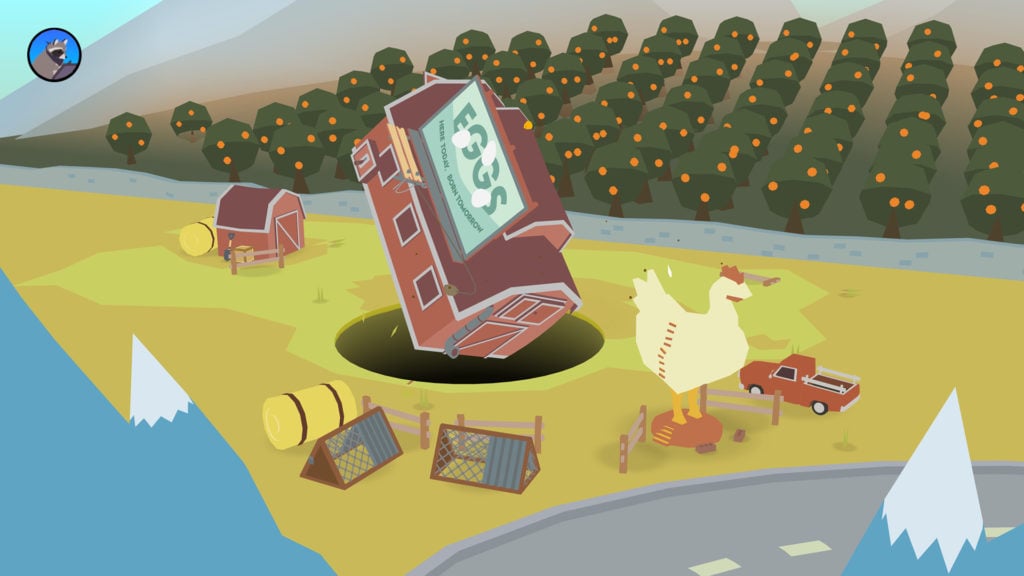 The game’s world is what you’d expect from an eccentric indie game concept such as this, but all done in a flavor of its own: bright colors subdued in sunset tint, comfy-looking landscapes based on the Californian part of the Mojave Desert, and charming townsfolk that talk in Animal Crossing voices, though with attitudes borrowed from Internet-age textspeak smarminess.

“Chill” would be a good way to describe Donut County, and its killer OST goes a long way in accomplishing that vibe, while simultaneously descending into glitched-out breakbeat absurdities. It’s wonderful. If there isn’t a donut-themed record release planned for this score, it’ll be pretty disappointing.

When I first tried out Donut County at PAX South earlier this year, I, and I’d imagine a lot of other folks, likened its central gameplay mechanic to a kind “inverse hole Katamari” – and this goes beyond using Katamari Damacy as just a buzzword; the lessons learned from Keita Takahashi’s classic PS2 title are very apparent, in the best possible way, even including a satisfying liquid-like sound effect used to register once your hole swallows something that is nearly identical to the sound Prince’s Katamari makes when it grabs a new object. 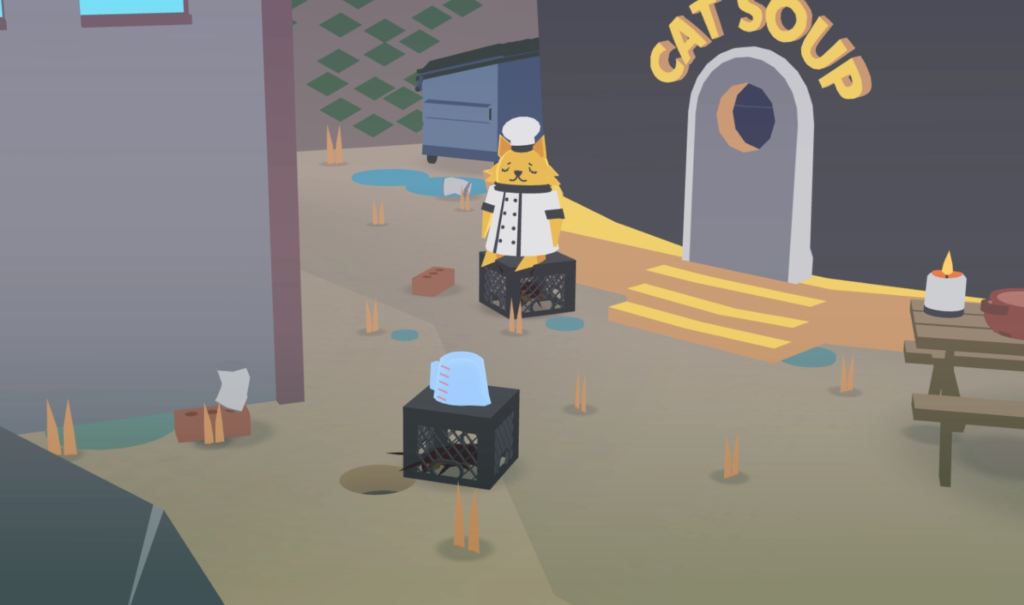 Aesthetics aside, the biggest draw for this comparison is in the gameplay. Much like a Katamari, the hole starts out small, only able to trap proportionally-sized objects in its gravity pit, but with each capture, the hole expands to a larger size, able to move on to victims that were previously a little bit oversized.

If you know anything about human nature, it’s that when given the chance, hurling objects down holes without consequence is perhaps on the top 5 of everyone’s fantasy lists. Donut County taps into that primitive desire.

Sometimes, objects that fall into the hole might give you a special ability required to solve a particular puzzle. Nothing is ever conveyed to you via a prompt or anything when it comes to these puzzles, but nothing ever needs to be said. It’s pretty self-explanatory.

Actually, don’t expect a challenge here, at all. Donut County is a “casual” title, using its mostly passive gameplay to tell a charming story set in an equally charming world. 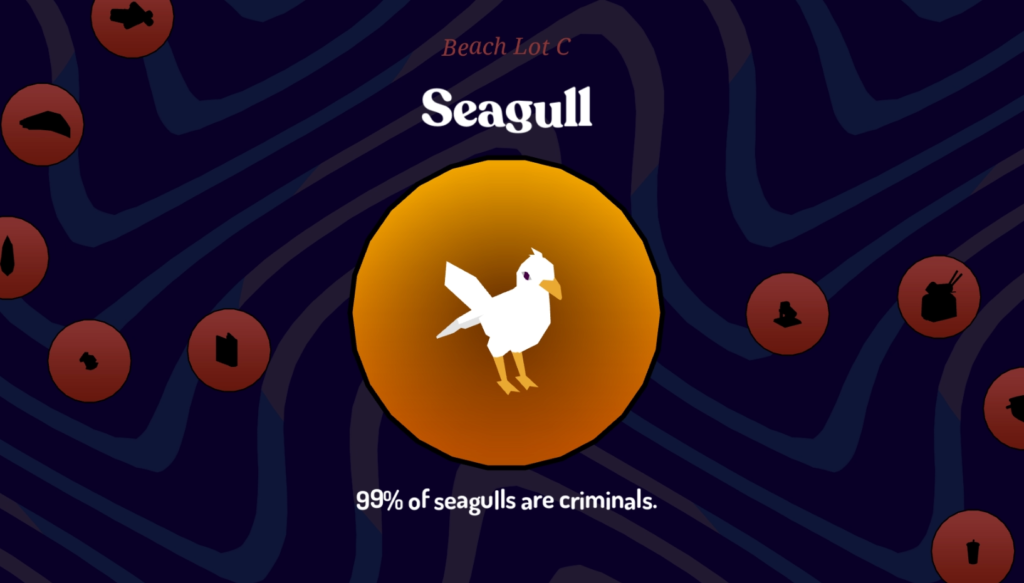 Objects that fall in the hole are catalogued in a “Trashopedia (“Donut County”, Annapurna Interactive)

While I would’ve personally loved to have seen a more in-depth exploration of the game’s mechanics, Donut County’s short runtime and breviloquent approach to game design feel satisfyingly complete for what the game is trying to achieve. It took me only about 110 minutes to beat the game start to finish, but nothing by the end felt unsaid or inappropriately left out.

Perhaps a sequel or DLC could further flesh-out both the game’s world and its gameplay, but what we have here is also so well-rounded and finished that anything else would just be extra.

Donut County is a one-of-a-kind game, even when it borrows directly from its inspirations. It’s the kind of short, sweet and interesting gem that makes life a whole lot better by playing it.