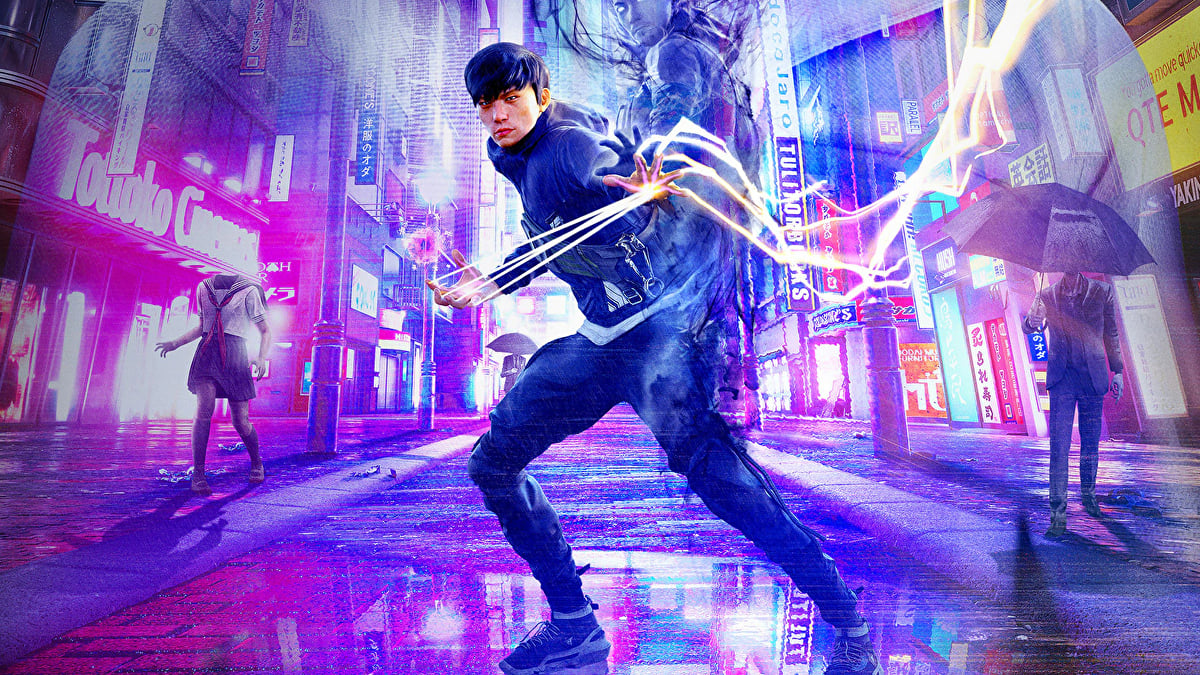 In Ghostwire: Tokyo, the city is reeling from a rapture-like event and is missing over ninety percent of its population, a madman in a demon mask seems unstoppable, and spirits are running rampant throughout Shibuya crossing. But there is hope. Akito and KK, the most dynamic human/spirit duo since Talion and Celebrimbor, can use their paranormal powers to put ghosts to rest and save the city. In the face of the inexplicable, let us help you find your bearings and become the savior Tokyo needs.

Cash In Early, Cash In Often

A core mechanic of Ghostwire: Tokyo involves Akito using paper dolls known as katashiro to absorb wayward spirits. Spirits are found all over Tokyo. Sometimes they are right out in the open, while some require the player to travel across rooftops or explore the subway system. Regardless of where the player finds them, once spirits are absorbed, they must be transferred before the player can gain any experience points or meika. To do this, players have to hit up the nearest phone booth, and call up a mysterious individual named Ed.

Once Ed’s on the line, Akito can purge any spirits absorbed by his katashiro for a huge bounty. There is no threshold that players must hit before they can visit a phone booth, nor is there is any additional bonus for emptying multiple katashiro at the same time. Players might be tempted not to visit a phone booth before they fill up every katashiro in their inventory, but there is no material benefit to be gained from waiting. Cash in those katashiro! The faster players gain experience, the more quickly they can improve their skills and progress.

On a similar note, it is wise to max out the amount of katashiro Akito can carry as soon as is feasibly possible. Players start with ten but can carry up to fifty of the white paper dolls. With fifty katashiro, players will rarely ever have to worry about whether or not they have the space to absorb a spirit. Instead of having to race back to a phone booth to transfer the souls, they can vacuum up many, many more before cashing in.

One of Akito’s best skills is the ability to glide a short distance when jumping from a height. The benefits of gliding are immediately apparent, as Tokyo is an incredibly dense city with buildings mere alleyways apart. Being able to glide across the street to the roof of another apartment complex is absolutely necessary for exploration purposes. Fortunately, this skill can be massively improved for just a few skill points and magatama tokens. Akito can more than double his hang time in the air, granting access to even the furthest rooftops if he leaps off a high enough vantage point.

But sometimes gliding isn’t enough. For those who desire to ascend the heights of skyscrapers in mere moments, improving the tengu grapple is a must. The improved skill, Amenotori X, which lets Akito summon a tengu spirit on a nearby rooftop to grapple to in an instant, costs more resources than most other skills. Even though upgrading requires seven magatama tokens and forty-five skill points, the benefits instantly outweigh the high price. Combined with the increased glide time, Tokyo becomes much more navigable. Leveling up these skills as early as possible doesn’t quite break the game, but it does get close, granting players access to essentially any area that isn’t gated off by deadly fog.

Take Care of the Good Boys

Tango Gameworks’ haunted version of Tokyo is perilous at every turn. But not everything needs to be solved with Akito’s magic finger guns. Sometimes, the easiest way to earn meika and solve problems is by keeping a little bit of food in the inventory.

Sprinkled throughout the city are dozens of Shiba Inu dogs missing their owners. Some are sad and shivering, whimpering in the rain with their leashes dragging along behind them. Others sit forlornly on the steps of apartment buildings, waiting for their lost companions. With KK’s spirit powers, Akito can read the thoughts of these pups, putting them at ease and making the eerie setting feel a little homier. Akito can also give these four-legged friends a handful of dog food, and most will be so grateful that they’ll scamper a few steps away and dig up a treasure trove of meika. A few sniff up even more valuable secrets. Spending hard-earned cash on dog food may seem wasteful, but feeding the pups, calming them down, and giving them a little pat on the head is incredibly endearing.

And maybe, just maybe, spare a pat or two for the cats of Tokyo. They might not be as instantly willing to help the player as the dogs are, and some of them even seem weirdly OK in the midst of a human-less apocalypse, but they deserve some love too.

One of the most powerful weapons the player has at their disposal is their bow and arrow. Found in KK’s safehouse, this silent weapon is the ultimate deadly stealth tool. It is long range, relatively quick to draw, and can down many spirits in just one hit. But there’s just one catch: ammunition is few and far between, and the quiver can only hold a limited number of arrows at first.

But all hope is not lost. Arrows can easily be purchased at convenience stores, operated by robe-wearing nekomata. Blowing thousands of meika to stock up on arrows may seem wasteful, but it’s better than drawing the attention of several powerful enemies when trying to sneak through a construction site or clamber onto an enticing rooftop. It is also worth it to spend the skill points to increase the size of Akito’s quiver. By doubling the amount of arrows Akito can carry, the player is that much more likely to clear out a spirit-infested zone without being seen, and proceed unscathed to the next area.

Evil spirits in Ghostwire: Tokyo come in many shapes and sizes. But even the most powerful and terrifying can be defeated by latching onto their exposed cores. Blast enemies with enough spells and their cores will slowly become exposed. Grabbing and pulling out exposed cores is not only the fastest way to end combat, it’s the easiest way for players to stay healthy and energized in battle.

There are many main story beats and side quests that end with the player in a massive arena, battling multiple evil spirits at once. Something that Ghostwire: Tokyo never directly reveals is that players can grab multiple cores, all at once, if they manage to expose them on more than one enemy at a time. By using the wide arc of the water attack or the explosive properties of the fire element, it is easy to damage many enemies and expose their cores simultaneously. It is extremely satisfying to end an encounter by KO-ing several enemies with multiple core grabs, and this also refills Akito’s health and ammunition much more efficiently than running around and punching glowing objects.

The skill tree has several abilities that improve core grabbing, from increasing the amount of time enemy cores are exposed to shortening the length of time needed to rip out a core. Every one of them is helpful, and helps the player defeat more spirits faster.

Mess with the Map

Ghostwire: Tokyo is a limited open world, nowhere near as large in scope as Elden Ring or Horizon Forbidden West. However, the map is still incredibly dense and packed full of information. Upon pulling up the map by pressing the Dualsense touchpad, players may be initially overwhelmed at the sheer amount of icons presented to them. Everything from shops to side missions to collectibles to phone booths is on display. The game even has icons for completed side missions, making the map feel overly cluttered. But it doesn’t have to be this way.

Players can easily limit the amount of icons shown on the map. By toggling what is and is not displayed, it becomes much easier to keep track of what is important at the moment. This is especially helpful towards the end of the campaign, when players may want to only focus on any collectibles they may have missed, or just need to find the few remaining torii gates to cleanse.

Listen for the Meow

Like any good open world game, Ghostwire: Tokyo has a map full of secrets and collectibles. Many collectibles can be turned in to nekomata merchants for lucrative rewards. Players can visit these nekomata and be told generally where these collectibles are, but if they’re out exploring in the world and would rather not keep pausing the game and pulling up the map, they can use their ears.

If the player is near a collectible relic, they’ll hear a soft meow. With judicious use of Spectral Vision and plain old-fashioned listening skills, finding even the most obscure items is a snap. The meow of the nekomata is a great twist on a hint system, and lets players engage more fully in the world by not forcing them to pull up a map every five seconds.