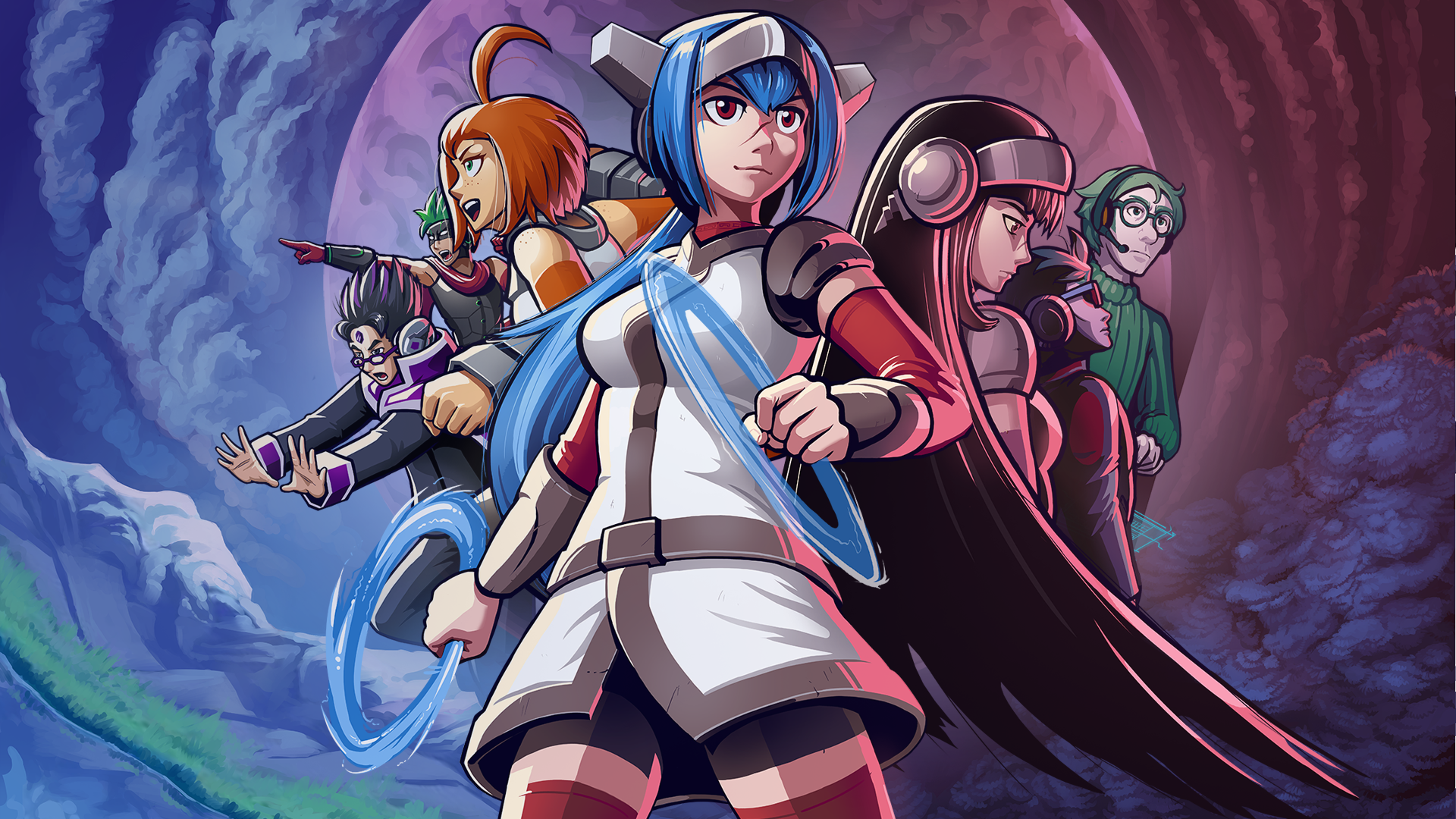 From its title screen to its closing credits, CrossCode makes ambitious promises it manages to keep for the most part. The concept of CrossCode alone just goes to show how bold of a title this gem from developer Radical Fish Games strives to be right out of the gate. Explaining exactly what it is will not be easy without getting your hands on it, but to put it in the most simplistic way possible, CrossCode is the story of characters playing a game except you are playing their game. It is a story-heavy title from the moment it starts, fueled by relatable themes and psychological questions with a familiar coat of gameplay added on top. Telling the story of a fictional MMO avatar whose real player character has supposedly been trapped in a coma, CrossCode’s futuristic science-fiction fantasy setting impressively begins to ooze with relatability through an invisible cast of human characters represented by digital figures.

On the gameplay front, CrossCode is comparable to many other overhead RPGs from the 16-bit era of consoles like the Legend of Zelda: A Link To The Past, Illusion of Gaia, and The Secret of Mana, except it includes many modern tropes you would naturally expect a game from this genre to have nowadays. You will wipe through enemy patterns, crusade difficult dungeons littered with puzzles, and fight off immensely challenging boss battles throughout your journey, all while working on your skill trees, constantly reconfiguring your equipment for the better, and recruiting various party members to aid you on your quest. The core combat is engaging enough as you are enforced to quickly swap between utilizing close and long-range weaponry. It never falls short of being fun, but it is nothing mind-boggling or relatively new. Exploration is arguably the highlight of the gameplay as multi-pathed and layered areas are littered everywhere for you to comb through.

Its gameplay works perfectly and never grows tiresome, but once again, there is nothing new or special here to really talk about- which is fine, but disappointing once we really dive into the game’s unique plot and settings it constantly presents with each hour that passes. CrossCode may not blow your socks off with its solid gameplay, but its heartfelt story surely will. Set on the moon of a gas planet thousands of years into the future, a popular video game known as CrossWorlds is accessible to everyone who has the ability to log-in and explore the remains of this ancient alien civilization with their own personal avatars. As Lea, you are just one of the thousands of avatars exploring this uncharted realm except with the disadvantage of a broken speech module and a lack of memories from her real life. As you uncover your past memories, the true story of CrossCode unfolds in an immensely satisfying fashion that will floor you by the time it reaches its conclusion.

While I will not say CrossCode is masterfully written the whole way through due to some odd character choices, it is still an excellent tale with very few minor problems. CrossCode successfully tackles the themes of personal identity, place in the universe, moral high grounds, and so much more. It is constantly out to surprise the player with what it can possibly bring to the table through its dozens of twists and turns. Nearly every character is blooming with personality throughout CrossWorlds, but you always think about in the back of your mind that a “real person” in the story is being represented by that avatar. It adds a well-proportionated layer of depth that helps characters explore who they are and who they want to be. The best way to explain CrossCode without spoilers is that it can be best described as a similar yet leagues more successful Ready Player One from a narrative standpoint.

While I do not want to go into the story due to spoilers, the protagonist, Lea, is the narrative’s greatest strength. There are dozens of characters to talk about in-depth, but none are comparable to how masterfully executed Lea is. She only uses punctuation to communicate with every other player in her world. It allows her to stay silent but not entirely quiet towards everything shown and said. In a genre where silent protagonists inevitably seem to receive the short end of the stick, this is an excellent example of how they should work, especially for an RPG that contains dumps of text every few minutes or even seconds. When the character that is unable to even speak a word is able to perfectly convey her feelings to the audience with a few facial expressions and punctuation, then you know that each character arc is heading in a good direction.

The biggest issue I had with CrossCode is by far its control scheme, which is extremely tight, yet slightly imprecise nonetheless. While Lea may control buttery smooth when it comes to movement, the same can not always be said for her general attacks. I often found myself readjusting my controller in the settings at the beginning of the game due to simply mixing up basic button inputs as there is a lot to keep track of. Getting a hang of the controls is overwhelming in the opening when you start exploring environments and tackling larger battles, but it is easily conquerable which is reassuring for those who may be put off by it at the beginning. For a game that is heavily focused on utilizing close and long-ranged weapons, it manages to find a balance in using both, although controlling ranged attacks can be just a pain in many instances. During packed situations and timed scenarios, it can be frustratingly difficult to perfectly land your ranged shots due to how the reticle moves. The reticle is not always a hassle to use, although sometimes it can become an obstacle in itself. None of these issues are game-breaking by any means, but they certainly can be annoying to deal with.

CrossCode has one obvious card up its sleeve to surprise players with and that is the overall presentation of its atmosphere. In the same vein as Chrono Trigger and Final Fantasy, CrossCode has a beautiful coat of 16-bit pixel-art accompanied by an incredible soundtrack worth listening to even if you have no interest in playing the game. As soon as you start up the game, the incredible quality of its presentation is plastered in its gorgeous title screen. That magnificent first glance truly sets the standard for what is yet to come. The four artists behind the title have done a phenomenal job in helping bring it to life through tons of colorful backdrops and detailed sprite work that never feels out of place. Speaking of which, composer Deniz Akbulut is in well need of a name drop because his score never fails to miss accommodating the scenery it is paired with. It is the type of quality you would expect from the utmost passionate developers out there.

CrossCode is a remarkable indie RPG that reaps the rewards of originality most when it comes to world building, storytelling, and character development. Its bold attempt to blend a variety of genres from both a gameplay and an atmospherical perspective is nothing short of great. All of its ideas together culminate into a thirty-five-hour plus story that is more than often successful with its writing, intricate characters, display and usage of side-missions, and of course the presentation. Perhaps its clever writing may wear thin at times over this long tale and the controls with long-ranged weaponry can come off as sloppy during specific sections, but its ongoing mystery and constant additions to its lore keep its mythology satisfying till the very end. CrossCode is a journey into a self-aware digital future worth every hour and minute of your time. It is never disappointing to play and it is never disappointing to just watch.

CrossCode is available on Nintendo Switch, PlayStation 4, Xbox One, Linux, Microsoft Windows, and macOS. For those of you with Xbox Game Pass, you can download the title today!