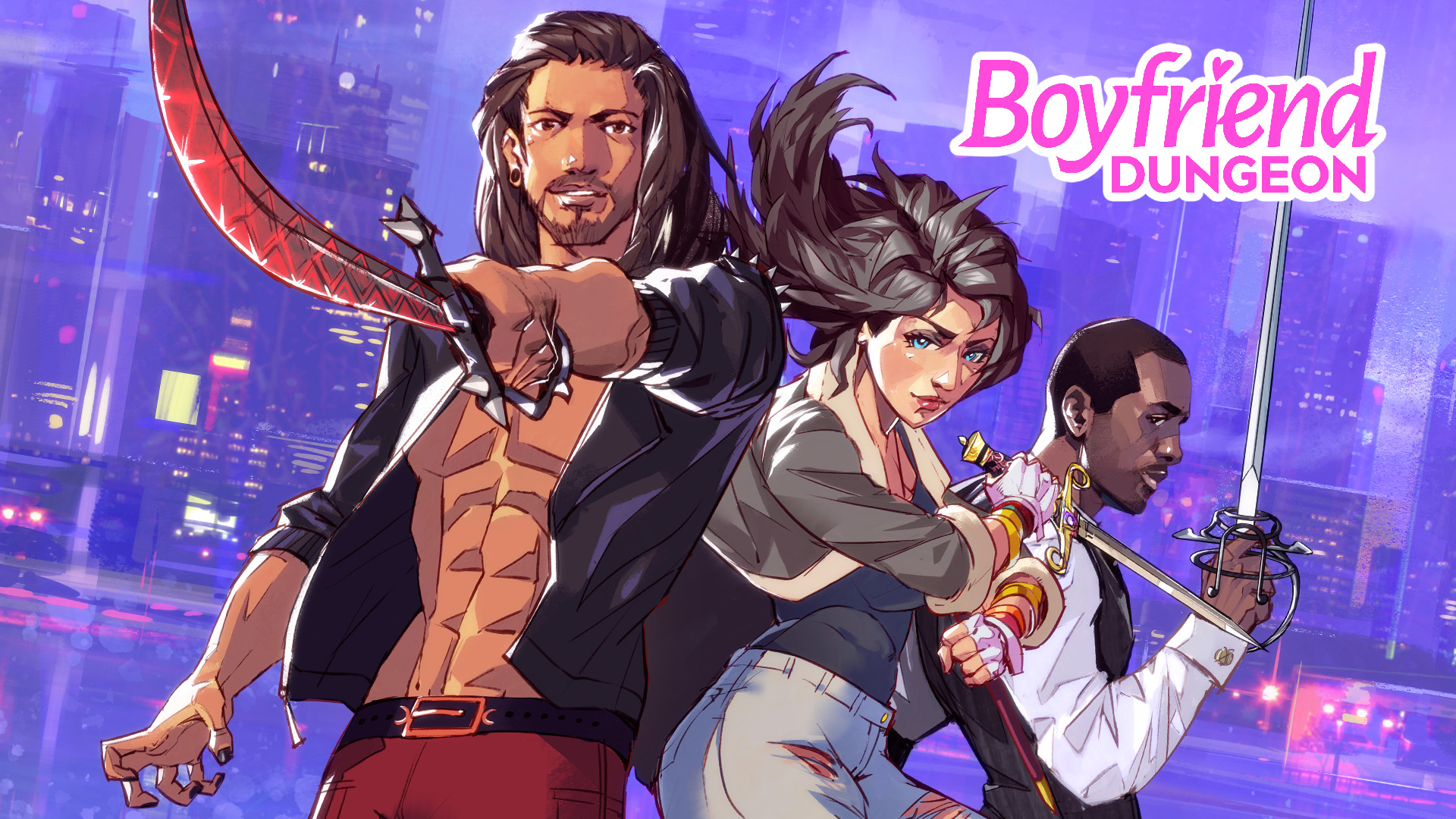 Boyfriend Dungeon’s cooky yet adorable concept can only take it so far, but luckily, the game has real legs. As Goomba Stomp observed during a hands-on demo at PAX last year “the dialogue is full of witty, self-aware humor and charm,” and the combat is fun with “fast, fluid, and intuitive” movement. In order to celebrate the games upcoming 2021 release, we decided to follow up with Tanya X. Short, Kitfox Games lead designer and director, and take a deep dive into everything Boyfriend Dungeon.

The inspiration behind Boyfriend Dungeon is as joyful as its lighthearted premise.

This inclusive vision begins with character creation. “The player can choose their pronouns as he/him, she/her, or they/them… and the weapons all find the player attractive regardless. They’re playersexual, as it were.”

Not only are players in no way inhibited in their self-expression, but they are also free to love in any way they choose. Players can be monogamous or polyamorous. As Short explains, “The weapons are all fine with you dating everyone. They’re happily polyamorous, but you can also choose to just have one true love if you like – the rest can just be best friends, if you prefer.”

While the weapons are not jealous types, that doesn’t mean that there isn’t friction between them. Short doesn’t wish to spoil anything but she promises that the weapons do have shared histories. “They know each other, but that’s all I’d like to say about that right now!”

Dungeon Boyfriend’s inclusion extends beyond romance: if players desire, they don’t have to romance anyone at all. There will be seven weapons when the game launches (another two will be released later as DLC), and one of those weapons is not an actual person at all – Pocket the cat.

“[Pocket] is a typical cat in some ways… but unusual in others, such as how he can transform into a pair of brass knuckles!” Short explains. “It’s not a romance, however, but rather a growing of trust. As he comes to understand you more and more, maybe you can persuade him to take some petting. Platonic love is love too!”

“The more time you spend together, and the more you get to know each other, the better you’ll fight together!”

Becoming intimate with the weapons has perks beyond physical pleasure: the closer you become to the weapons – the more you see them as people rather than mere instruments of warfare – the better they perform. “The more time you spend together, and the more you get to know each other, the better you’ll fight together! As a weapon gains Love Ranks, you will discover new abilities and upgrades, which makes their fighting style more and more distinct and unique.” Love-making makes for better war-making, as it were.

When players are not battling with their baes or going on dates, they can explore the city and shop for goods and materials. Short did not provide too many details, but she did say that there is a crafting system in the game whereby players can make clothes and gifts. So, if you want to woo a particular weapon, prepare to break out your inner craftsman!

“Tanya, he’s bad news, you should really date someone else”

Going off of what we’ve seen and Short’s enthusiasm, the characters of Dungeon Boyfriend are people you will want to get to know, as they are multidimensional and based on Short’s actual, lived experience.

“When I was in college, I had a crush on a guy who had a questionable past. A girl actually took me aside to warn me about him. She said ‘Tanya, he’s bad news, you should really date someone else’ … and… I suddenly found him EVEN MORE IRRESISTIBLE… We dated for a few months. We had a good time. So yeah, that sort of inspired some of the dynamic in Sunder’s plotline.”

These characterizations carry over into the character models and rich, hand-drawn animations that accompany weapon transformations. For instance, when Sunder turns from an ancient talwar into a hunk, he oozes sex-appeal. He takes a rose in his mouth, his bare muscles covered only by a leather jacket, and strikes a pose. Confident in his allure, Sunder is the quintessential bad boy.

Short insists that such evocative art is the result of a talented team of animators to whom she is immensely grateful. She explains that the transformation sequences “have been a brilliant collaboration between our art director (Xin Ran Liu) and an animation studio, Particle Beam, especially their lead, Sunder Raj. It’s been amazing to see this extra side of the characters come to life.”

“I don’t want to spoil it, but I’ll just say the dungeons are about facing your fears.”

Dungeon Boyfriend is not just a dating sim and players will need to go up against numerous enemies as they fight their way through the Dunj, an abandoned shopping mall the player has been hired to clear of monsters. The Dunj’s creatures come in a wide variety ranging from the obligatory insect-like monstrosities to strange, almost comedic abominations such as malicious tube TVs with tentacles. It’s unclear where the monsters come from, but Short implies that they may be linked to your character: “I don’t want to spoil it, but I’ll just say the dungeons are about facing your fears.”

Above all else, Boyfriend Dungeon aims to be a jolly good time, something captured by the free-flowing nature of the game’s setting. The game may technically be set in “contemporary California” but anachronisms abound, such as the tentacled tube TVs, that betray the games nostalgic inspiration. While not intentional, Short admits that the game has “a bit of a 90s vibe” because that’s when she came of age in California.

When Boyfriend Dungeon launches later this year on PC, Mac, and Nintendo Switch, Short hopes players find themselves whisked away by a fun fantasy that allows them to express themselves. After all, in Short’s world, monster-slaying is the ultimate pastime: “It’s a great way to get a workout, and meet sexy weapon-people, so, it’s a very popular hobby.”