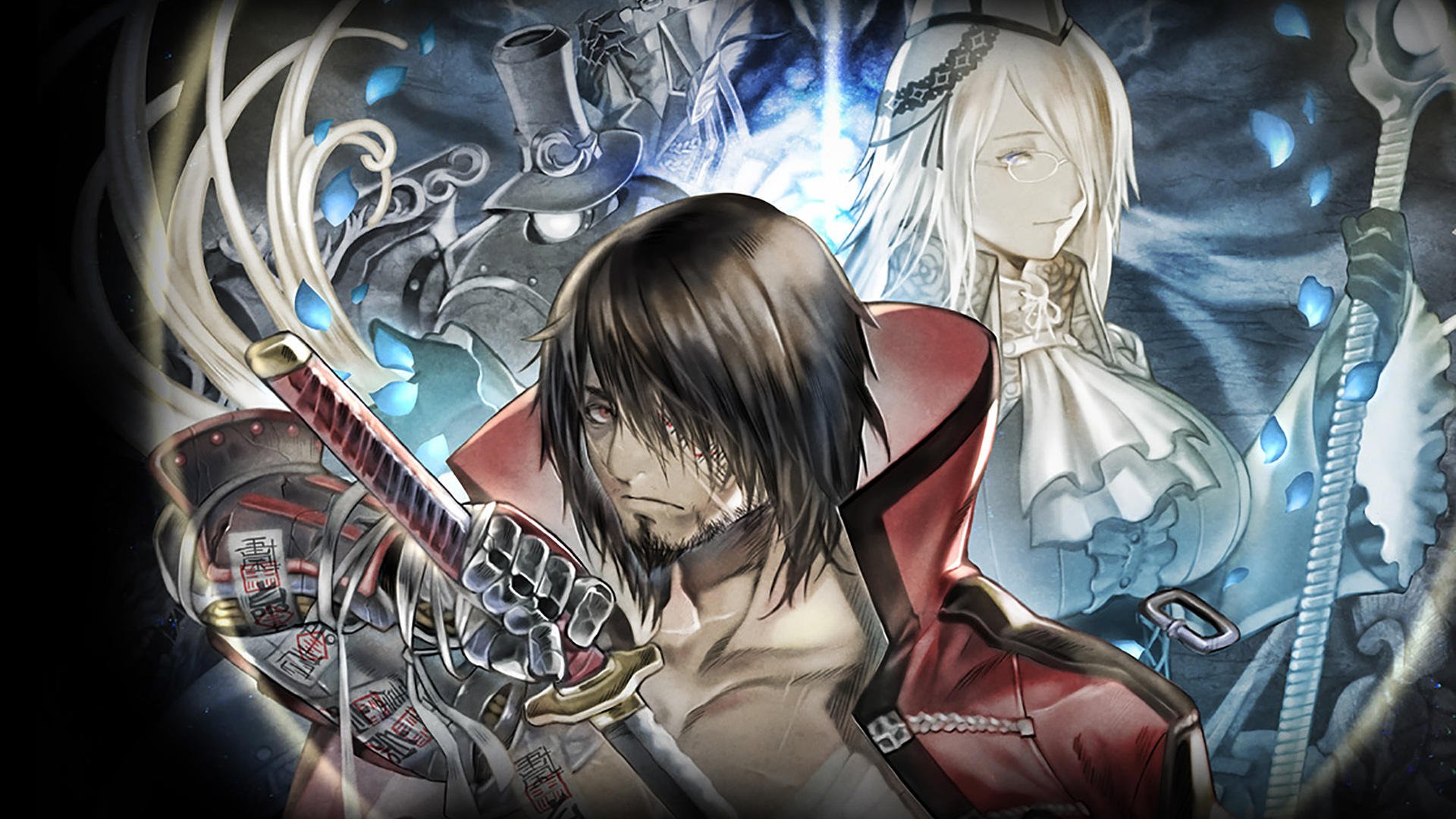 Bloodstained: Curse of The Moon 2 Review

The Bloodstained series started with two absolute knockouts. With Koji Igarashi at the helm of a team of various developers, both Bloodstained: Curse of The Moon and Ritual of The Night debuted a new franchise on a spectacular note with two distinctive titles. After leaving Konami and successfully being backed by Kickstarter supporters, these developers have found exponential growth with every release they have put out as they continue to please veteran and rising Castlevania fans who have been left dry on gaming content for years. Bloodstained: Curse of The Moon 2 continues to follow that trend as it excellently recreates and expands upon what made its first prequel entry to the higher-end Metroidvania title so likable. It is absolutely nothing like Simon’s Quest. Curse of The Moon 2 feels only comparable to the substantial leap between the first Castlevania and its third entry Dracula’s Curse. It is exactly what you would want from a sequel to the original game, focused on making everything bigger and better. This phantasmagoric follow-up is simply a fantastic must-play for 2020.

Bloodstained: Curse of The Moon 2 will probably take you more than one spectacular cursed night to complete.

Curse of The Moon 2 still follows the traditional side-scrolling action platformer genre that the Castlevania series first embodied before becoming- or rather having a hand in creating the Metroidvania genre with Symphony of The Night. It is deceptively simple, point A to B linear action that never fails to please. In the same vein as its predecessor, Curse of The Moon 2‘s story takes a backseat so the game can stay focused on providing an overall greater gameplay experience. However, that does not at all mean the story here should be ignored. Without going deep into its plot–as I’m sure many fans will be excited to see how it connects to the first entry in the series–the exorcist Zangetsu’s newest journey to stop the demons of his world is once again fascinating and a neat sequel that ties into the events of Curse of The Moon. The title is accompanied by a far more interesting and complex narrative due to its cast than its first outing, but it is clear from the start that like before the gameplay was put at the forefront. There are hundreds of more possibilities with the core gameplay because of some additional characters and clever new features that vastly improve the main adventure.

Content-wise, Curse of The Moon 2 is packed with way more to do than the first game. As should be expected, it is definitely nowhere near as long as Ritual of The Night, though there are far more stages, characters, chapters, and pathways to rummage with than its predecessor. As before, you will be obliterating enemies, collecting items, and using the sub-weapons that work best for you, only this time there is a whole lot more to explore and mess with. Not only are there three new characters to control alongside the returning protagonist Zangetsu, but later in the game, you can also play as the original cast who accompanied him on his quest, giving audiences a total of seven different characters to utilize and experiment with.

As if the initial inclusion of Miriam, Gebel, and Alfred was not enough, Zangetsu’s newest allies Dominique, Robert, and Hachi all add three more unique ways to play rather then containing copy and pasted elements. Every character feels completely different from one another and I can not exaggerate that enough. It allows the gameplay to constantly remain fresh. All of this culminates into a game with a larger replayability factor than you would ever imagine until you have cleared it for the second, third, or maybe even fourth time. After multiple playthroughs, I am still eager to discover more of what I may have missed during my other adventures. Every character that is playable is never wasted in the sidelines as each member you add to the team adds new ways to venture through the lineup of stages more efficiently. Despite the overwhelming amount of playable characters here, there are always secrets to uncover with them in each stage and easier ways to take down enemies with enough patience and practice. It creates an extremely deserving payoff that always leaves you feeling accomplished.

While it may have the retro look of 8-bit games, Curse of The Moon 2 does not skimp out visually in any way. Everything the game presents feels thematically appropriate as it yearns to go crazier with its ideas and designs that fit its universe. Like the other entries in the series, it holds its phantasmagoric roots high as it blends the atmospheres of both steampunk and gothic horror together for an odd combination that always feels noteworthy. The only nitpick I have for the game atmospherically this time around besides some minor staircase confusion within the details of a stage is the soundtrack. This is definitely just an opinion, but I personally felt that the game’s score was a bit of a letdown in comparison to its predecessor. Some of the tracks here can feel a little short and do not contain that catchy vibe the first entry always had- but hey, that’s just my take on it as I’m sure there will be many fans who will enjoy it more than the first game’s.

The game’s greatest highlight is without a doubt the addition of admirable local couch co-op.

Arguably the most important aspect of the game that will really matter to veteran fans is the difficulty. The Castlevania fanbase is no stranger to difficult game design and that only meant those following Bloodstained expected the same standard. If you thought Curse of The Moon was difficult, then this follow-up will absolutely kick you down until you surrender. If the first entry in the series is comparable to the difficulty of Castlevania 1, then Curse of The Moon 2 is more akin to Castlevania 3: Dracula’s Curse. It still may not be the hardest side-scroller in the world by any means, but it is without question a demanding quest to conquer that will require tons of trial and error. Curse of The Moon 2 will make you work hard no matter which difficulty you may be playing on, as it constantly amps up its challenging factor stage by stage, chapter by chapter. For those having trouble, however, there is a new feature that can certainly be of use for you–and I’m not talking about changing the game to another difficulty.

The most prominent and unexpected feature in Cure of The Moon 2 that fans should be excited about is the addition of two-player local co-op. Working together in a Castlevania-type game, let alone one with several unique characters with their own different play styles to choose from, is way more entertaining than it sounds– of course, that will depend on who you play with, however. The game was clearly designed to be a solo adventure, but the multiplayer still works great and lends itself well to the intricate level designs the sequel provides along with each character’s abilities. Certain character combinations can completely break the challenging aspects of some levels when both players manage to work in tandem, yet that never derails the overall fun factor because being able to cooperate that well together is part of what makes it difficult. Finding ways to overcome your obstacles with an easier method by having two players is an interesting challenge in itself that constantly feels refreshing and rewarding. If you have a friend who you know you can synchronize well with throughout the campaign, you can look forward to having a blast. For those who have been dying for a true multiplayer Castlevania adventure, look no further because this is definitively the one.

For any fans of Bloodstained or the original Castlevania games, Curse of The Moon 2 will leave you ecstatic and ready for more.

Bloodstained: Curse of The Moon 2 still manages to ride the high coattails of its predecessors as it impressively expands upon its authentic mythos and love letter gameplay that has been more than in need of a proper return to form. Koji Igarashi and his team of masterminds have done it once again. For fans of the original Castlevania games that debuted before the Metroidvania genre with Symphony of The Night, this is a second retro-styled entry in the Bloodstained series that will not leave you disappointed at all. Whether it was my first, second, or third time delving back into its addictively challenging world, I was still left satisfied and impressed every single time. Even if you have never played the first Curse of The Moon, I still would highly recommend picking up the sequel if you are a fan of linear Castlevania games. You absolutely do not want to miss this title. Fans of the Bloodstained series will be even more ravenous for a Ritual of The Night follow-up featuring the new and returning cast of characters once they complete this extravagant yet familiar quest through 18th century England.

Bloodstained: Curse of The Moon 2 is available now on Nintendo Switch, PlayStation 4, Xbox One, Microsoft Windows. Do not worry about storage because the game currently comes in at a minuscule 86 megabytes!