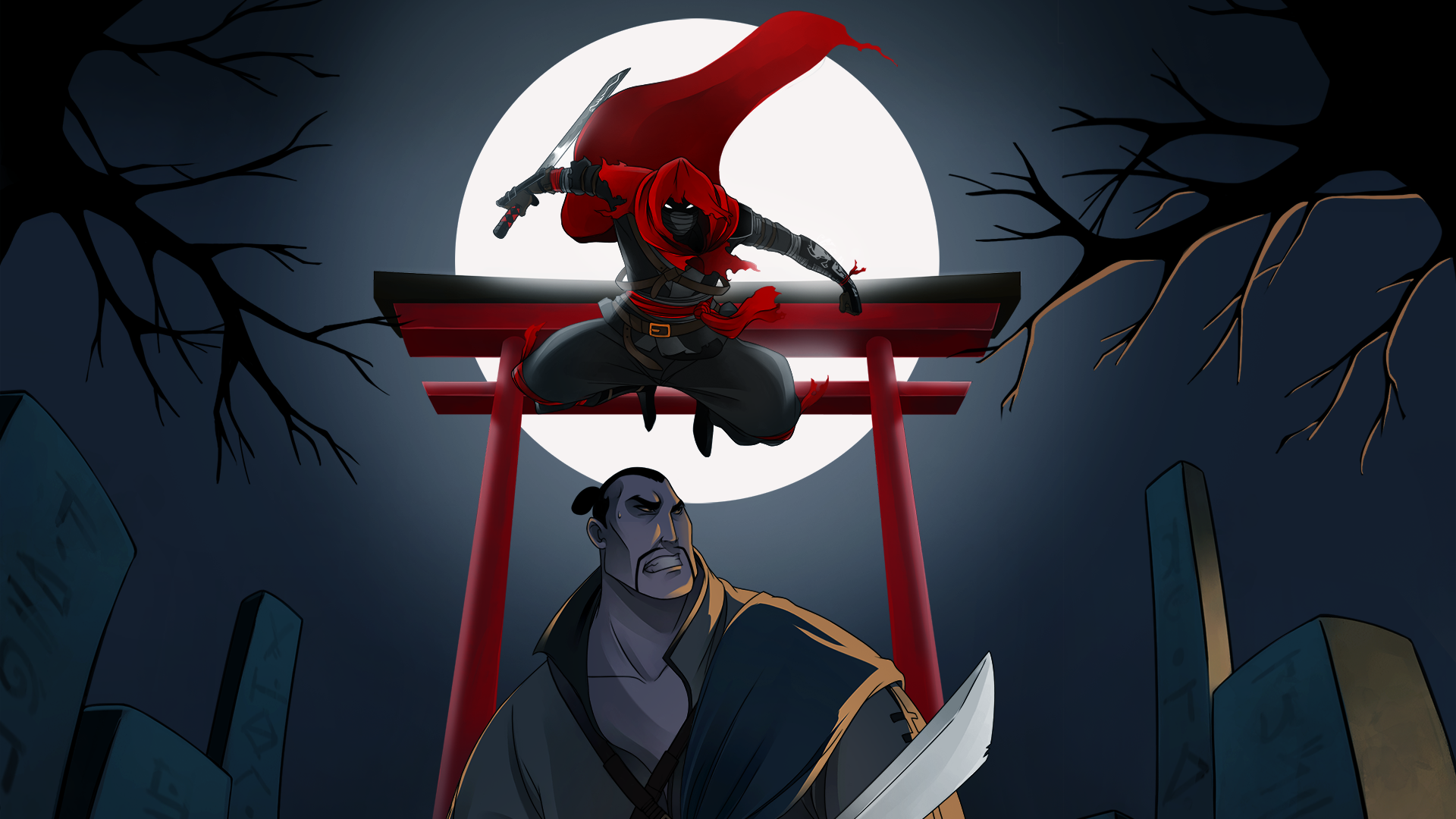 These days it’s common to see stealth being relegated to a minor feature in games rather than a full-fledged genre of its own. Titles like Mafia III and Uncharted 4 include worthwhile sneaking mechanics, but at the end of the day these games don’t come close to quenching the thirst of die-hard stealth fanatics. All things considered, the stealth genre just isn’t in a great place right now; for all intents and purposes the Metal Gear franchise is done, Sam Fisher hasn’t been on his A-game for years now, and Garrett’s latest outing was nothing to write home about. Sure, we have Hitman, Deus Ex, and Dishonored, but the frequency at which quality stealth games are produced pales in comparison to most other genres, meaning great stealth titles are few and far between. Thankfully, over the last couple of years indie devs have taken up the mantle and provided us with some absolute gems like Mark of the Ninja and the criminally underrated Styx: Master of Shadows. Rookie development team Lince Works is looking to keep the indie-stealth train moving in the right direction with their debut title, Aragami. What originally started off as a student project ended up being the catalyst behind the creation of their development studio, but is their foundation solid, or is Aragami just a shot in the dark?

The player takes up the role of a vengeful spirit, known as an Aragami, who has been summoned from the beyond the grave with the purpose of exacting retribution upon those who have wronged the summoner. The person who has summoned you, a young woman named Yamiko, is being held captive by the forces of an invading army, and she’s tasked you with retrieving several talismans which can be used to free her from captivity. The game’s narrative is fairly thin and predictable, which makes it quite easy to dismiss, but it closes out with a decently strong and thought-provoking conclusion.

Aragami has a simple mission-based structure which consists of 13 self-contained levels.  Each stage has the player getting from point A to point B, while either avoiding or killing any guards they may encounter along the way. Seems like pretty standard fare for a stealth game, but there’s a twist: as an Aragami you have the power to manipulate shadows, meaning that you can not only use them as a means of staying hidden, but you also have several different abilities such as summoning shadow demons, and most importantly, (almost) every shadow cast upon the ground can be used as a means of transport.

Without a shadow of a doubt, the highlight of the entire game is using the Shadow Leap ability, which is a near carbon copy of Corvo’s Blink in Dishonored. Your Aragami walks at a snail’s pace, but that’s fine, since most of your movement will be done through instantaneous (and silent) leaps from one shrouded area to another. Taking notes from the aforementioned Dishonored, Aragami is one of very few games in existence which manages to take the typically slow and meticulous stealth concepts and marry them perfectly with incredibly fast paced traversal, all while still retaining the overall feel of a slower-paced, methodical game. Aragami cannot be called an innovator, since it’s all too clear where it got its inspiration from, but that’s not necessarily a knock on the game. Back in 2012, Dishonored changed the way stealth could be approached, and now Lince Works has taken that formula and tweaked it just enough to have created their own interesting spin on it. In order to keep Shadow Leap in check it has a relatively short range, and consumes a resource called “Shadow Essence” upon use. Whenever your character is hidden by the vale of darkness, he’ll accumulate Shadow Essence, and each time you use any of your abilities some Essence will be consumed. I spent most of my time in the darkness, leaping from one shadowy corner to the next, meaning my Essence meter rarely bottomed out, but there are instances which require you to calculate your usage or risk being stranded out in the open with nowhere to hide. There will be times in which your Shadow Leap’s range will prohibit you from getting to the next naturally created shadow, but thankfully, tapping the R2 trigger allows you to create a shadow practically anywhere you want at the expense of a large chunk of your Essence meter. Creating a shadow out in the open, leaping to it, and then instantly leaping back into cover is both exhilarating and tactically rewarding. Creating shadows on walls, ceilings, or behind enemies and using them as a means of quickly zipping around unseen is truly satisfying. Oddly enough, you’re unable to leap onto the shadows cast by the enemies themselves. Perhaps Lince Works feels that using the enemies’ own shadows against them would be too overpowered, but it’s an odd design choice and we’re given no contextual reason for it to not work. With that said, there are still plenty of shadows for you to leap to, but you aren’t unlimited in your power; creating a shadow and leaping to it will leave you with just enough juice to leap once more, so jumping around too hastily without planning ahead can leave you open to attack, and one hit from any enemy means it’s game over. It’s also important that you keep away from any light sources, not only because they’ll make you stick out like a sore thumb, but also because you cannot create shadows within their immediate vicinity, and standing in close proximity to them will quickly drain your Shadow Essence.

If traversing the levels is the highlight of the experience, then the levels themselves are the runner-up. The maps in Aragami aren’t anywhere close to the scale of areas you’d see in Dishonored, nor do they offer up as many hidden paths as the areas found in Deus Ex, but most of the objectives in Aragami’s missions are approachable from multiple routes, making the experience feel dynamic and intuitive. While there is little variation in the environments seen throughout the campaign, the maps are well-designed and a treat to leap around in, and one of the later levels in particular has some ingenuous use of environmental lighting effects that brilliantly messes with the use of shadows.

Unfortunately, the enemies occupying the levels are the first chink in the game’s armor. Aside from the bosses, there are only 2 enemy types found in all 13 maps: sword wielders and archers. Both enemy types are slow and lumbering, so much so that the player can walk right up to them, bump into them, and rather than immediately going on alert they’ll only lazily turn around to find nothing there, as the player will most likely be far too quick for them. If caught out in the open, unless you’re just inches away from an enemy, the player will more than likely escape because enemies need to hold line of sight far too long before they realize what’s happening. Given how many tools the player has at their disposal, the enemy A.I. is severally lacking in urgency and awareness, making the game all too easy. The bosses take poor A.I. to a whole other level, as they’re inexplicably programmed to always know where the player is, and constantly target you even when you’re hidden and completely out of their sight. The boss fights aren’t necessarily difficult, but the way the bosses interact with you makes the encounters too easy to manipulate and quite uninteresting. Visually speaking, Aragami has a unique look that seems like a blend of The Legend of Zelda: Twilight Princess and Okami. Regrettably, the game’s sense of style is severely held back by some textures that look like they were ripped right out of an N64 game, and animations that range from passable to borderline atrocious. The game lacks a HUD, which helps with immersion, and instead keeps track of the player’s resources on the Aragami’s character model, similar to what EA did in Dead Space. The player’s Shadow Essence and the number of ability charges you have are tracked on your Aragami’s cape, which is cool in concept, but it’s not uncommon for your cape to become intertwined in the character model, making it unreadable, which can lead to minor frustrations. Unfortunately, your cape getting tangled up will be one of the least frustrating aspects of the game, as Aragami has some significant technical issues.

Given the speed at which you can move, keeping a smooth frame-rate should have been one of Lince Works’ primary concerns, but this is where they really dropped the ball. Frame rate drops are so common that I actually felt nauseous at times while playing, which is a first for me. I had play sessions where I’d lose frames during or after nearly every Shadow Leap, which is just unacceptable. On top of that, the game’s controls are far too finicky and inconsistent. There were countless times where the game wouldn’t allow me to Shadow Leap despite my cursor being in an appropriate spot. I’d have to move the cursor away, and then back to the very same spot before the game would allow me to make the jump, which hampered the speed at which I was trying to play. I also ran into numerous glitches which ranged from invisible quest items to untargetable bosses, resulting in lost time and being forced to restart missions from the beginning.

Aragami’s well designed levels and fast-paced stealth are a good core, but the game’s list of drawbacks hold it down. Fans of the stealth genre probably won’t regret the purchase, as the game is entertaining and offers rewards for both the pacifistic and merciless play styles as well as an ample amount of collectibles hidden throughout each stage, but players should come in expecting an average-at-best experience that may be marred by technical hiccups and annoying glitches.

Build Your Own Wang — ‘Shadow Warrior 2’