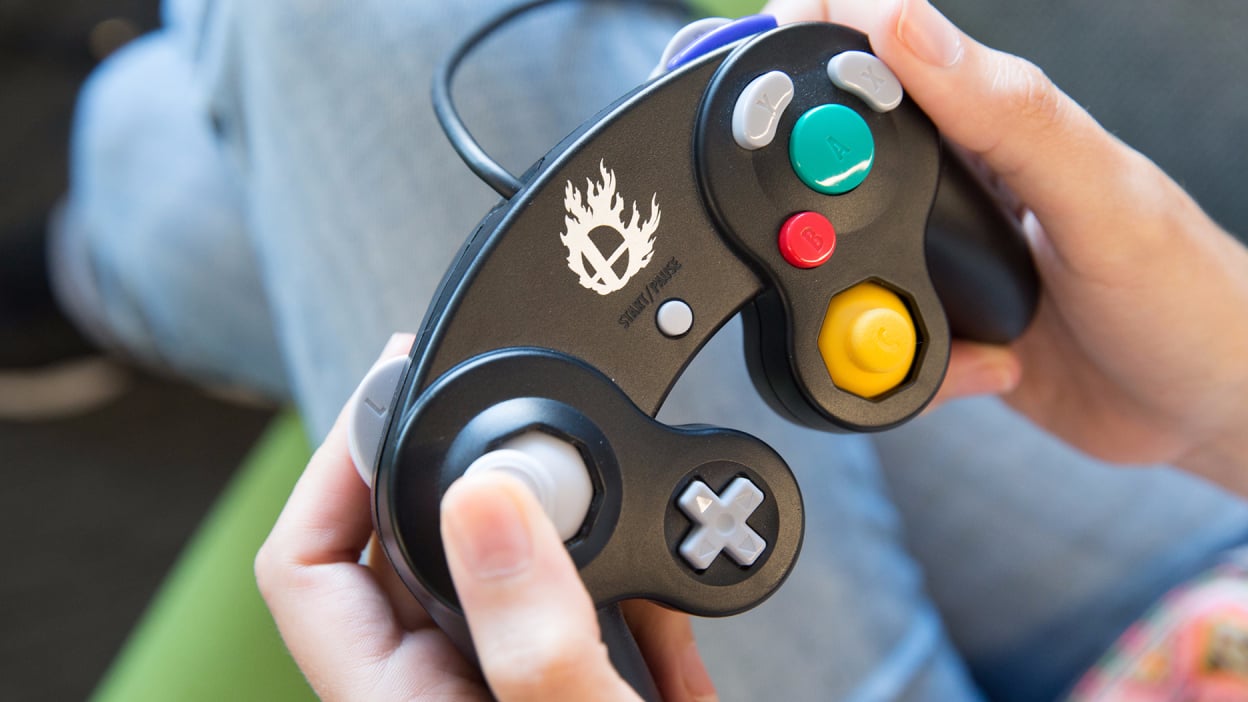 The GameCube Controller — A 20 Year Retrospective

While it has been 20 years since the GameCube launched in Japan, Nintendo’s iconic lunchbox has upheld its popularity well past its intended retail lifespan. Although the last game for the system was released in 2007, the console has continued to see a second age of glory days long after its window of slated titles permanently closed. Due to its immense library of exclusives and Super Smash Bros. Melee becoming an esport, the GameCube’s relevancy will prolong itself for years to come. Ever since the Wii U was released, though, Nintendo has surprisingly ignored the console. The Big N not only refuses to rerelease its library through digital means but would not even allow the Wii’s backward compatible feature to return with its successor. One aspect of the GameCube though has continued to prevail with support even after the console and its games went out of production: the controller.

The results of Nintendo’s sixth-generation creation simply speak for themselves. The GameCube controller was actually one of Nintendo’s most time-consuming efforts for creating their core console peripheral — but to those who grew up with the Nintendo 64, that will not be all that surprising. The Nintendo 64 may have been the system to revolutionize three-dimensional gaming, but its controller came with a lot of caveats — as to be expected from the first of its kind. Being the premiere console to come bundled with a controller featuring a joystick, every person whether they were working on games or just playing them was bound to face some problems embracing the peripheral.

The Nintendo 64 controller was not the most accessible controller to date as its triple handle, button positioning, and bulky design were offputting for many adopters.

Developers were just learning how to use the latest analog control technology and so were players. The peripheral will always be hailed as a technological achievement and a monumental step for the industry, but at the end of the day, it was only a primordial object of its kind. It clearly resonated with an important idea; a new age of gaming was upon the horizon. Giving players both more and less was the way of the future. Games were no longer about going in four directions and clicking two or four buttons. It worked for its time, but ultimately, the Nintendo 64 controller showed that Nintendo could only go up when developing its successor as they embraced comfort and accessibility for all players. After all, getting everyone to play was the Nintendo way; and that is precisely what the GameCube should have achieved.

Being developed over a span of at the very least three years, the controller attached to the partially failed console saw up to five different variations across its creation time. Super Mario creator Shigeru Miyamoto insisted that the controller would be something any user could easily adapt to. While the GameCube may have been outsold by the PlayStation 2 and Xbox, its controller is truthfully a long-term triumph for casual and hardcore gamers. Comfort will always be a personal player preference, but there are specific aspects of the GameCube controller that are simply able to click with all players as the peripheral was clearly designed with visual and audio cues.

It may sound redundant to explain, but when teaching someone how to use one of the GameCube’s controllers rather than something akin to the Nintendo Switch’s Joy-Cons, the learning curve difference is evident.

Unlike modern controllers that pertain to symmetrical button sizes, single colors, and the same features, the GameCube controller can be perceived as something that anyone can grab and efficiently learn to adapt to based on its layout and look. The way the controller is held is immediately intuitive. As to be expected, every user who picks up the peripheral is bound to lay their palms on the handlebars. The left and right triggers were perfectly molded so players could easily slide their fingers over them with enough wiggle room to extend outwards. Additionally, these two buttons come with an extra loud click, indicating to players that perhaps the soft triggers contain more than meets the eye — something many first-party Nintendo games took advantage of as the analog and digital capabilities could achieve different functionalities.

The big green A button is a clear indicator of where to keep your right thumb as the left resides over a large joystick. Meanwhile, the C-stick is clearly an inferior joystick intended for secondary usage. In the same fashion as that second stick, the B button significantly is far smaller than A and utilizes a red color scheme. Red means stop and green means go, just like that of the standard traffic light–stop and forward. Finally, while X and Y are the only two face buttons on the controller that are the same size and color, they are each smartly placed on their correct axis for optimal usage.

The look of the controller may not be perceived as slick as a Pro-Controller or Dualshock, yet it is a coordinated work of art splashed with an appropriate color scheme. The only aspect of the GameCube controller preventing it from being a modern masterpiece is its d-pad that is rather inefficient for two-dimensional games and the lack of a second shoulder button as the purple Z remains isolated. For its time though, the device served justice to almost every popular gaming genre on the system itself outside of perhaps shooters.

For such a popular controller among Nintendo fans and something designed to be so approachable, it is a shame that the company’s production of the peripheral seemingly comes and goes every few years. The Super Smash Bros. series thankfully has helped the controller reemerge twice in the last decade, but since the pandemic, first-party GameCube controller prices have gone all over the place.

If Nintendo will not keep the controller in constant production, then the obvious option would be to consult third-party replicas. However, of all of Nintendo’s peripherals, the GameCube controller’s astonishing quality has been the most difficult to replicate. PowerA, Cipon, Mad Catz, SogYupk, everyone who has seemingly tried to recreate the GameCube’s controller has achieved little to no success. Nintendo’s official mold of the peripheral is simply perfect. That button clickiness, analog movement, and dual-purpose triggers are always something that even the best manufacturers continually mess up in some way — even when Nintendo themselves are licensing these third-party releases.

There is no doubt that the GameCube controller will continue to live on for years to come as its overall global presence occasionally continues to tick upwards. While its third-party replication has for the most part been a failure, Nintendo’s blue moon rereleases and fan support will keep the sixth generation console’s main peripheral alive for years to come. Perhaps one old Wii U cable and Super Smash Bros. Ultimate has kept it alive for another generation, but its reemergence will for sure return once again with whatever console Nintendo releases next.