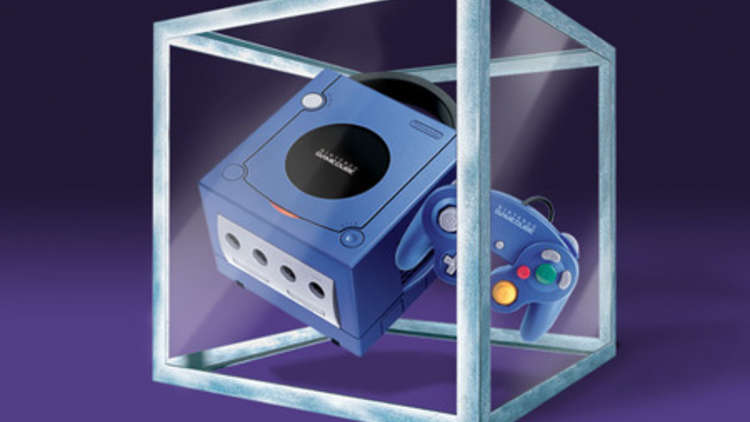 20 years ago on September 14th, 2001, the GameCube launched in Japan as a struggling Nintendo stepped foot into a new generation. At the time of its release, Sony was dominating the competition as PlayStation’s rise to the top was imminent. The PlayStation 2 flaunted multimedia selling points its rivals lacked, Microsoft was just establishing the Xbox brand’s foundation, and Sega’s pedestal was on the brink of collapse. By the end of its lifespan, the GameCube may have been obliterated by its main competitor’s popularity, but in retrospect, it was arguably the unexpected champion of the sixth generation of consoles.

As its library improved upon and twisted its predecessor’s creations, the GameCube became the system of the early 2000s that would be the most fondly remembered. Nintendo kickstarted another age of technological innovation with the Nintendo 64, but the GameCube went on to perfect that period as the company fell into a rabbit hole of incredible variation. While Nintendo stayed razor-tight on creating a dedicated video game system, its competition yearned to make their consoles into multipurpose entertainment experiences by exploring new avenues. The result was an era of all incredible systems but one that would eventually see a single console triumph in terms of being the best to actually play.

From its creation to its closure, the Nintendo GameCube had always been a system that vastly stood out from the rest of the market. Just looking at its outer shell alone, the console did not inherit the sleek colors or rectangular designs of its competitors that every piece of technology was trying to be. Instead, Nintendo opted for a goofy-looking lunchbox design with a literal handle protruding out of its back and a controller that lacked the latest dual analog sticks but was a coordinated piece of perfection. With its quirks and flaws, the system and its controller became a combo that audiences could easily recognize after seeing it once.

The esthetic philosophy of the GameCube initially had been played off as Nintendo sticking to creating a “family-friendly” virtual atmosphere that their competitors continued to deviate from. As Xbox and PlayStation tackled more mature and grittier titles, it was easy to believe why Nintendo’s system looked the way it did. In reality, though, perhaps those quirky indigo, silver, black, and even orange spice-colored boxes were a clear signal of what the company would be attempting to achieve for its next few years: be the oddball and get weird by continuing to innovate on experiences that were already new. Getting original has and always will be the Nintendo way of making both hardware and software.

Above the console’s exterior, the GameCube’s library of first-party Nintendo games emits its own personality as practically every heavy-hitting title from the company attempted to resonate with their respective franchises while doing something new. At the core of their game-making, Nintendo was tackling two different ideas: getting different and getting together. Both would lead the GameCube to its rise in future popularity and set up the Wii for success as the system’s titles continued to age efficiently while keeping their relevancy intact. Many of its franchise’s titles are either locked to the system or are the definitive way to play their corresponding entry.

Contrary to every other previous system released, the GameCube did not launch with a traditional Mario or Zelda title. Instead, the system was released with the plumber behind a painting as his younger brother Luigi grabbed a vacuum and got ghost-busting. Meanwhile, Link was shrunken down and mellowed into a cartoony look that would be beaten by the public and press. Rather than shooting up starfighters in space, Fox McCloud set off to explore dinosaur-infested planets while Samus Aran began hunting in a new perspective. Mario Kart no longer was a solo race to the finish as two players were able to control one vehicle and Super Smash Bros. went from being a goofy slam fest to a serious cinematic all-star melee that dedicated itself to Nintendo history.

Get N Together Or Get Out

The real main difference between Nintendo and its competitors of the sixth generation was the Big N’s aim to create more titles that could easily be played together; something that has still become a growing company staple in a time where online gaming has continued to slowly phase out local options. While the Nintendo 64 certainly utilized its multiplayer, Nintendo opened their offerings for those proud four controller ports. It is no surprise why Super Smash Bros. Melee became one of the console’s spearheading launch games and future front runners for the system’s most popular title. Nintendo created a system that thrived on both multiplayer and single-player experiences.

Audiences did not know that they would be encountering a renaissance of local couch gaming gatherings. Even after so many years, Kirby Air Ride, Mario Party 4 through 7, Soul Calibur II, Mario Kart: Double Dash!!, and so many more GameCube multiplayer titles are a blast to play. The company’s developers wanted to give its fans a variety of options in terms of how they would interact with one another on the same couch. While they may not have been all successful, Nintendo’s first attempts to bridge the gap between handheld and console players through connectivity were admirable and a massive step towards some of their modern products. Appointing the GameCube as a Game Boy Advance docking station to expand upon several multiplayer Game Boy Advance games including The Legend of Zelda: Four Swords, Kirby & The Amazing Mirror, and even the Pokémon series was creative, albeit messy.

Ultimately, there was one aspect about the GameCube’s library that mattered then and more so now: the quality and its future longevity. While the PlayStation 2 and original Xbox did have plenty of titles that changed the gaming landscape and are incredible to revisit today, the GameCube without a doubt steals the show for the sixth generation’s long-term quality. In comparison to its competition, Nintendo’s overwhelming lineup of first-party titles not only aged magnificently but became experiences well-worth being sought after. Perhaps an argument can be made that Nintendo’s focus on an opposing visual style from the onslaught of “realistic” looking titles resulted in their silly stylized games aging better, but even their core gameplay achievements continue to be used as standards.

“What if everything you see is more than what you see–the person next to you is a warrior and the space that appears empty is a secret door to another world? What if something appears that Shouldn’t? You either dismiss it, or you accept that there is much more to the world than you think. Perhaps it really is a doorway, and if you choose to go inside, you’ll find many unexpected things.”

Shigeru Miyamoto, “Born To Play” from the back of the GameCube’s product packaging.

Looking back on its legacy, it is clear as to why the GameCube will always triumph over the early 2000s’ other consoles. Like Nintendo’s prior and future systems, the company’s lineup of first-party titles continues to flourish over time as they uphold the pinnacle design philosophies for their particular eras. It may have scored the last place in terms of sales against its two largest competitors and became one of Nintendo’s worst-selling consoles to date, but the appreciation for the GameCube’s appearance, controller, and library of games will always prevail in the future. The GameCube certainly has its flaws, but saying the love for the device is only nostalgia from its diehard fans would be a disservice to Nintendo’s incredible work that continues to yield and rival modern standards.