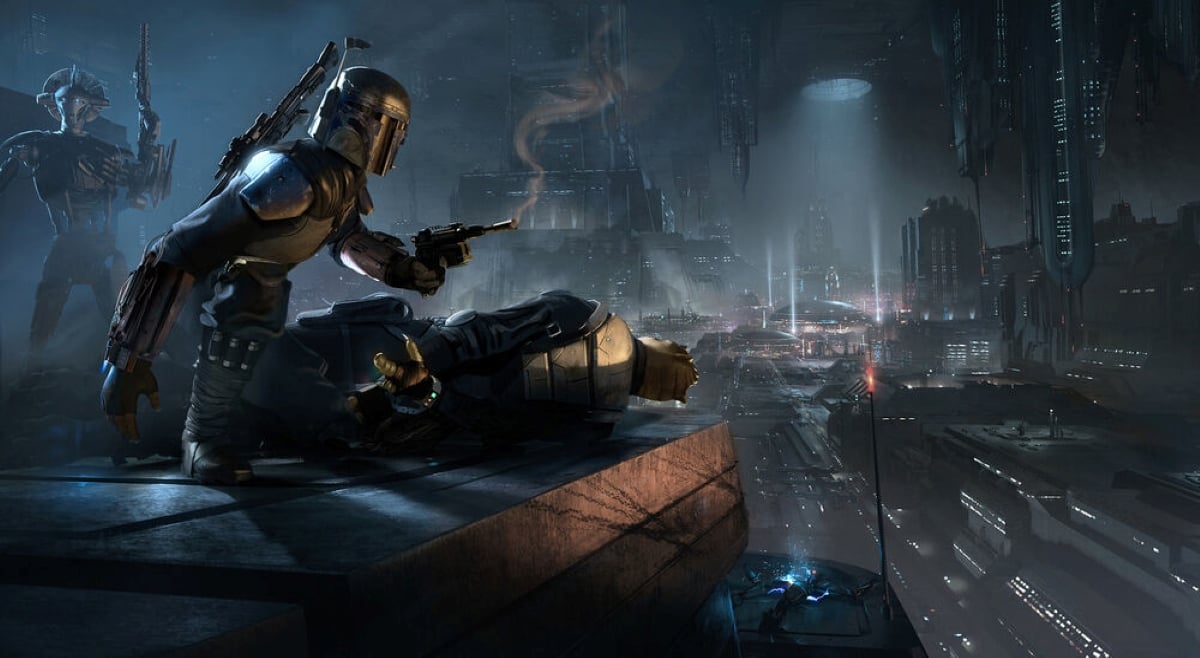 Ever done a ton of work only to have someone put it in the garbage bin or, worse, lose it? Well, think what game developers must feel after months, sometimes years, of hard work and slog with the end result being a cancelled title and a big fat zero. Unfortunately, these things happen, and on that depressing note, here’s a rundown of the 10 best cancelled video games (perhaps ‘worst’ would be the better word?). Yep, this is nothing less than a funeral oration to great but cancelled games that died before they ever truly had a chance to live. So kick back, grab those tissues and try not to cry too hard.

Mega Man Universe is a cancelled video game that was intended to be a 3D side-scrolling platformer for Xbox Live Arcade and PlayStation Network. Modeled largely on Mega Man 2, it marketed itself as allowing Mega Man to be moulded in the image of the player, giving them their own level creation and customization tools to play around with.

Production began in March 2010 by Capcom, and although there were initial problems with controls and other technical aspects, the project remained all go. That is, until March 31, 2011, when Capcom announced that the game had been scrapped on account of “various circumstances.” So nothing unlucky or tragic, just technical issues and mismanagement on Capcom’s part.

This next cancelled title, though, is a little more tragic. Back in 2001, Mark Cerny had his plans set on an open-ended, free-roaming version of everybody’s favorite marsupial. Unfortunately, a dispute with Universal Interactive meant that Traveller’s Tales were forced to abandon the project and start anew. Mark Cerny was out, Crash Bandicoot Worlds was out, and we ended up with Crash Bandicoot: The Wrath of Cortex. Yeah …

Elements of Crash Bandicoot Worlds can still be found there, but in general it’s a whole different game to the one that was first planned. Crash Twinsanity would meet with positive reviews in 2004, delivering a similar sort of free-roaming experience to what Worlds would have. Were it not for the aforementioned dispute, Crash fans could have had that three years earlier.

No, not any DICE imposter; the real one. Another cancelled video game that never saw the light of day, Star Wars: Battlefront III would have been the highly-anticipated successor to the two original console releases. Work began by Free Radical in 2006 but the project was scrapped two years later due to a failing publisher-developer relationship with LucasArts. The game was around 97% finished.

Combat would have built upon the formula set in the two prequels, albeit with a greater emphasis on storyline and hints at a dark side Obi-Wan. One noteworthy feature though was the introduction of seamless ground-to-space battles (Star Wars: Battlefront II kept them separate), which can be glimpsed in some of the very real footage of the game still floating around online.

Ah yes, everyone’s favorite adventure RPG. Or, at least, every Xbox gamer’s favorite adventure RPG. Planned as a free-to-play title by Lionhead Studios, this incarnation of Fable was heavily multiplayer-based and would have seen cross-platform play between Windows and Xbox One, with the choice to play as either a hero or a villain. On a $75 million budget, it would also have been one of the most expensive games ever produced.

Unlike the traditional Fable story, there was to be no fairy tale ending for the game’s development cycle. After being in development for four years and with a scheduled 2016 release date, Fable Legends was cancelled in March of that year and Lionhead Studios shut down by Microsoft. Details remain shadowy, but reasons include delayed release dates, high production costs and lack of interest by potential players and Lionhead Studios staff themselves, who reportedly wished they were working on Fable 4 instead.

Those who like Batman for its dark elements would have been licking their lips at the prospect of Gotham by Gaslight, a cancelled Xbox 360 and PS3 game by Day 1 Studios, the same team responsible for F.3.A.R. and Fracture. Based on the 1989 comic story of the same name, Gotham by Gaslight was to feature Jack the Ripper as the main antagonist, but stalking the streets of Gotham City, not London.

Day 1 Studios pitched some footage of the game around 2010, but it was canceled before getting the go ahead from the now defunct THQ, who failed to obtain the rights from Warner Bros. Gameplay would have been fairly similar to that of Batman: Arkham Asylum, with the same gadgets. However, a slow motion button would have been added for an extra advantage in fights.

Like most other entries in this list, Knights of the Old Republic 3 was another cancelled game that just didn’t lift off due to poor circumstances, its cancellation coinciding with LucasArts falling on hard times. What a shame, because it would have accounted for some lingering questions left unanswered by its immediate predecessor, like where Darth Revan went after the first game and what he was doing out in the far edges of the galaxy.

Knights of the Old Republic 3 wasn’t yet in proper development when it got cancelled, but according to designer John Stafford, the team had figured out most of the story, quests, and environments. Concept art exists for some characters, as well as for Taloraan, a cloud city world similar to Bespin. On the bright side, the upcoming remake of the first game has given rise to rumors about a potential third installment hitting the market after all.

This cancelled game remains a perennial thorn in the side of TimeSplitters and first-person shooter fans alike, one of the famous ‘what ifs’ of gaming. Always a series high on comedy, screenwriter Rob Yescombe said TimeSplitters 4 would be “a great big joke at the expense of the world of games – ourselves included.” Well, it was, but only because it never actually released …

TimeSplitters 4 was in the very early stages of development when Free Radical went into administration and Crytek took over in 2009, cancelling the project. There were warning signs even before that, though, with a lack of publisher interest due to the poor reception of Free Radical’s previous shooter, Haze. Whilst the upcoming fan remake of the original trilogy, TimeSplitters Rewind, might go some way to making up for it, it’ll never replace what would have been the big fourth installment in the series.

The third episodic installment to Half-Life 2 in Valve’s unorthodox numbering system, the cancelled Half-Life 2: Episode Three was a big loss as it would have resolved the finely-poised cliffhanger left at the end of Episode Two. The plot was to be a direct follow-up from that, having Gordon Freeman and co battle the alien-administered Combine in remote, Arctic environments.

It was meant to release around 2007/2008, but instead, Valve gave us Left 4 Dead 2. Not bad, but not what many fans wanted. That’s because Valve grew unhappy with the episodic sequencing and were forced to reconsider their development approach, Episode Two having taken two years to finish. Half-Life writer Marc Laidlaw said Episode Three would have been the end of the Half-Life 2 arc, but that it would have simply ended on another cliffhanger. So maybe not a huge loss after all.

Anticipated as the ninth main installment in the acclaimed horror series, Silent Hills was a cancelled PlayStation 4 title supposed to have been developed by Kojima Productions (headed by Hideo Kojima) and published by Konami. The game was revealed via P.T. (short for ‘Playable Teaser’), an August 2014 game demo released as a free download on the Playstation Store. In a nutshell, a protagonist (based on actor Norman Reedus) wakes up in a creepy house and experiences supernatural events.

So far so good, but in March 2015 it was announced that Konami would relinquish Kojima by the year’s end because of “fallout” and “power struggles”. Geoff Keighley even claimed that Konami locked Kojima in a separate room for the last months of Metal Gear Solid V‘s development, which sounds awfully like a horror story in itself.

Yep, another Star Wars title, and one which may have been even better than the other two, if that’s at all possible. Unveiling a criminal conspiracy on Level 1313, a subterranean metropolis on the city planet Coruscant, the player was to take control of an unnamed bounty hunter. This bounty hunter would then be killed by Boba Fett, with the player controlling Fett for the remainder of the game. Sounds a little similar to 2002’s Star Wars: Bounty Hunter, which is worth checking out in its own right.

Revealed in 2012, Star Wars: 1313 was being built through the Unreal engine by various departments at LucasArts, allegedly featuring full-body performance capture into the bargain. Unfortunately, production was terminated in April 2013 after The Walt Disney Company acquired the Star Wars brand. Despite not getting the go ahead, such was its potential appeal that Geek.com named it as its 2016 game of the year.