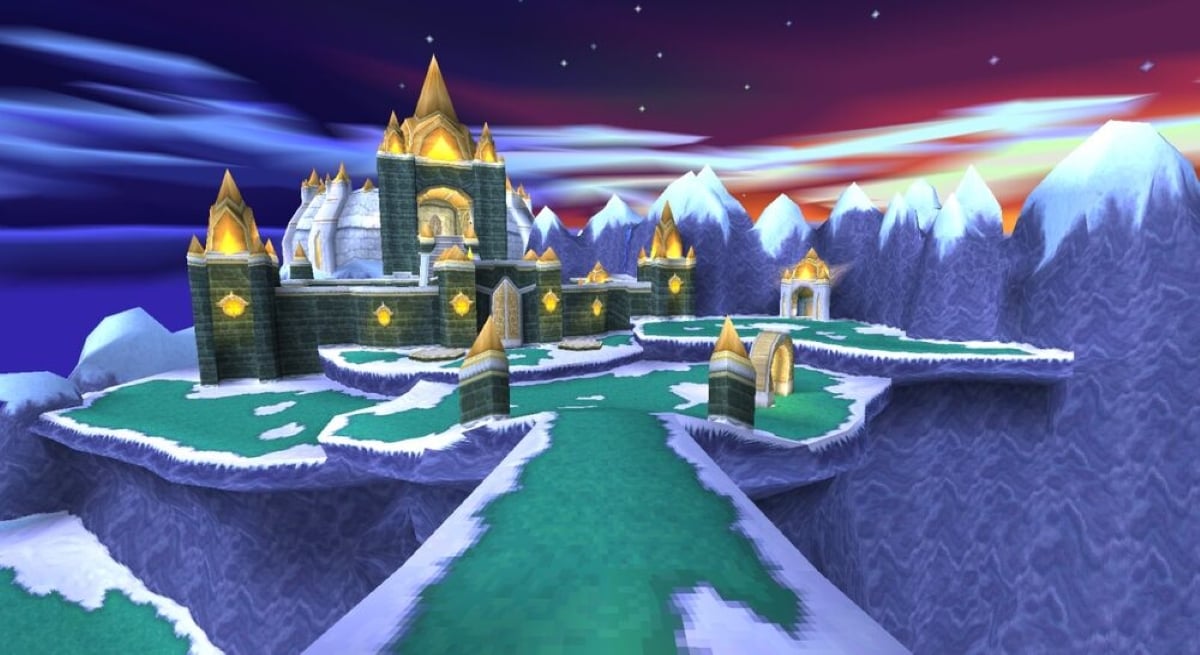 What Are The Best Winter Levels in Games?

It’s the onset of winter and, depending on where you live, that can mean only one thing – snow. But in the absence of the real sort, why not settle for the virtual kind? It’s just as endearing, just as blindingly beautiful. I promise. So put on your woolen socks (if you have them), grab a hot cocoa, and enjoy this run-down of some of the best winter-themes levels that the magical world of gaming has to offer. All the while being eternally thankful – or frustrated – that you’re not in them.

In a way, it’s always winter on the ice planet Hoth. There’s nothing better than seeing the stormtroopers (or snowtroopers, as they are called here) camouflaged against the white ground in their winter gear, out to give the Alliance a good thumping. Revenge is a dish best served cold.

Pretty much everything from that iconic battle scene in The Empire Strikes Back is here. You can ride a Tauntaun, take down an AT-AT with a snowspeeder’s tow cables, or go on the warpath and destroy the ever-looming shield generator. The only thing missing are the Wampas, which do however make a memorable and very terrifying appearance on Hunt mode in the follow-up Star Wars: Battlefront II (2005).

The words ‘Halo’ and ‘winter’ aren’t usually heard in the same sentence, but the series actually packs in a fair few maps and missions of the more chilly variety, this one being the best. It’s the longest level in the now twenty-year-old classic, and whilst there are some warming indoor sections (such as the actual control room), most of the action takes place outside in the bitter cold. Not that Master Chief is going to mind.

For the non-purists, this can also be played with improved graphics on the remastered edition as part of Halo: The Master Chief Collection.

8. Ice Palace (The Legend of Zelda: A Link to the Past)

Going really old school here. This level proves that winter can look just as good on 2D graphics, as long as the atmosphere is right. Being one of the most difficult levels in an already difficult game, it truly brings the season alive in a punishing, slightly sinister way. The dangers here are aplenty, including but not limited to collapsing floors and evil ice-skating penguins. Yeah …

For sure, this winter dungeon is mighty tough and serves as living proof that Hell really can freeze over. Merry Christmas ya filthy animals.

The course takes place at night and features an ice rink, freezies (basically standing obstacles that cause karts to spin out), a cave and, if that weren’t already enough, an optional underwater section that, if taken, is probably going to lower the temperature quite a bit more. Like, hypothermia kind of more. Just make sure your driving skills don’t freeze over as well.

The third and final homeworld of Avalar, ‘Winter Tundra’ is given a very nice makeover in the Spyro Reignited Trilogy. However, if you want to experience it the way it was first meant to, better sticking with the original first.

Clearly, the developers Insomniac Games were saving the best till last, as this is also the world where Spyro faces the final boss, Ripto himself. That particular fight takes place atop the castle in the giant arena. Before that, though, there’s the chance to take in some of the sights, which include a beautiful winter sky, two caves, a waterfall and, everyone’s favorite, penguins. (Seem to be coming up an awful lot, don’t they?)

This one won’t get a mention in many other lists, but once upon a time in the late 90s, the talking lizard Gex was one of the PlayStation’s most beloved characters, not to mention game franchises. As luck has it, this third installment contains one of the best winter levels, and with a distinctly Christmas feel too.

Reptiles tend not to do well in colder climates, but roaming around as Gex, you can snowboard down a slope, whack evil-looking Elves, create ice sculptures, and drop down a chimney in true Christmas fashion. All within the same level. There’s also the small matter of an evil Santa who chucks parcels at you from across a rocky chasm.

Back to Nintendo now with Phendrana Drifts, more simply titled ‘Ice Valley’ in the Japanese version. It might not be that festive, but it is pretty darn cold. Like, winter wasteland kind of cold. Two bosses can be found here, as well as variations on some of the more basic species, like the Ice Burrower and Ice Beetle. Because everyone needs to adapt, right?

Apparently not lead protagonist Samus Aran, who is as immune to the biting cold as Master Chief himself, because despite not wearing the right sort of protective suit, the sub-zero temperatures don’t seem to affect him. We wish we were you, Samus.

If Zelda does a good job at imitating winter in 2D, it does an even better job in full-blown 3D. Like the Ice Palace level in The Legend of Zelda: A Link to the Past, this one is just as hostile, just as hell-bent on unfazing the player. A mansion set deep within a mountain, Snowpeak Ruins is the fifth dungeon in the game, where Link travels to in hope of finding the second Mirror Shard.

He’ll soon wish that he didn’t, because waiting inside for him are nine different types of enemies, not including a boss and mini-boss. Possibly the most unsettling are the Chilfos – spear-wielding humanoid figures who appear to be made entirely of ice. Luckily, ice happens to shatter fairly easily.

It’s Mario and a mountain chock-full of winter goodies. What’s not to like? Unlike most mountains, you start at the top and work your way down. The highlights include a couple of mini-games involving a lost penguin and a snowman who’s lost his head, among other seasonal oddities. This has all the feel of a winter wonderland. Who said that Italian plumbers can’t cope well with the cold?

Alternatively, if handheld is more your thing, then this can also be enjoyed on the DS, albeit with some minor differences.

As the drawn-out name might suggest, it’s a peak, and it’s freezeezing at the top of it. At least, it would be if you weren’t enjoying it from the comfort of a warm room, which is what makes playing on cold settings so warming and appealing. (It’s worth noting that the reverse isn’t true. Try playing a fire level from the confines of an Arctic cave and you’ll know what I mean.)

As a continuing series, Banjo-Kazooie may have dissolved quicker than a morning frost, but its debut entry has left posterity this quaint little level full of wooden cabins, an actual Christmas tree with multi-colored lights, and a snowman who gets bonus points for sheer size. True to fashion, there’s also a frozen lake to navigate.

This level might not let you melt the snow, but what it will do is melt your heart.