Some games feel perfectly suited to their genres, as if they fulfill every ambition that their genre could promise. On paper, Yaga from the developer Breadcrumbs Interactive, should be one of those games. This roguelike RPG is meant to bring traditional Slavic folktales to life, and its procedurally generated structure allows the game to change in every playthrough, just like how the ancient fairy tales it’s based on can change in every telling. Yaga immediately shines on a conceptual level, but as a game, the most important question remains: will this fairy tale be enjoyable to play?

From start to finish, Yaga uses the rich source material of Eastern European history and folklore to create a vibrant, fantastical world. The entire game is framed as three elderly women telling the story of Ivan, a heroic blacksmith who has been stricken with the curse of bad luck. These women spin a fanciful yarn, one in which Ivan is constantly plagued by horrors from traditional fairy tales such as the hideous One-Eyed Likho, along with more realistic foes, such as a corrupt, overbearing Tsar. The game thrives on this balance between history and fantasy. Its world is filled with peasants who face daily, universal struggles with war and agriculture, while massive ogres and goblin-like Vodyanoys haunt the surrounding wilderness. This mixture creates a strong setting that finally gives Slavic history and mythology its long-overdue representation in games.

“Take the presentation and story together, and Yaga becomes a playable portrait of the lives and superstitions of Eastern European peasants.”

The frame story always remains the same: Ivan will always have to serve his Tsar while avoiding bad luck in every playthrough. However, beyond these core details, the old women are extremely flexible storytellers, often switching events around or changing story beats entirely. In some playthroughs, you may discover a woman raising an enormous chicken; in others, you may instead encounter a band of thieves waiting to rob you. You will frequently face important decisions to make that will dramatically impact the outcome of your quest. yes, you can always break into monster hideouts with hammers blazing to slay every creature before you; but more often than not, you are also given the opportunity to peacefully talk your way out of these toxic situations. Even more dramatically, oftentimes the game will zoom out to the old women storytellers and allow you to choose how they tell the rest of Ivan’s story. Yaga is at its best when it doubles down on this player freedom. It makes every moment engaging and allows its stories to truly come alive.

Yaga’s writing and presentation only serve to make this world even more striking. It features a distinctly dark sense of humor – for instance, a man may ask you to push a boulder into a well behind his house, but he will neglect to tell you that he has also thrown his wife into the bottom of that well ahead of time. Much of this dialogue is even written in rhyme, enhancing the otherworldly, fairy tale atmosphere. On top of that, nearly all dialogue is fully voice acted, with most voice actors delivering some eccentrically charming performances that make the game feel as if it’s a playable Disney film. The visuals look like they’re taken straight out of a Russian children’s book of fairy tales, while the music incorporates traditional instruments and language into an electronic, hip-hop fusion soundtrack that captures the cultural heritage that Yaga focuses on while connecting it to modern culture. Take the presentation and story together, and Yaga becomes a playable portrait of the lives and superstitions of Eastern European peasants.

However, this leads to the gameplay. Quests may be randomized each time you play, but nearly every one of them takes the same general format. One character will request help, and then Ivan will have to venture out into the world to fight some demons or recover an item. Worse yet, the levels are just as randomized in their procedurally generated design, and not in a particularly clever way, either: most of them likewise follow the same formula, being little more than arenas full of enemies connected by copy-and-paste environments. Many paths in each environment lead to nothing more than pointless dead ends. The combat has a satisfyingly simple basis, with basic moves like long- and close-range attacks, roll dodging, items to use, and a variety of different weapons to equip, although his trusty old hammer is generally the best choice. However, while this simplicity makes the combat enjoyable on its own, there is very little depth to it, and the inherently repetitive design of the mission only serves to highlight how paper-thin combat can be. Most battles involve little more than hacking away at enemies until they die, which becomes increasingly repetitive by the end of the roughly ten-hour campaign.

At the very least, the robust customization system helps add a little intrigue to the combat. As a blacksmith, Ivan is naturally gifted with the ability to craft weapons for himself to use. By scavenging parts and items from fallen enemies and treasure chests around the world, Ivan is able to create the most powerful weapons. Crafting is simple to use yet extremely ripe for experimentation, requiring only one base item and a handful of accessories to create unique new items. With dozens of components to discover and use in your forging, there are plentiful opportunities to create the best possible weapons.

“All told, Yaga achieves a bittersweet ending: it’s bitter as a game but sweet as a fairy tale.”

The crafting system would be the standout aspect of the moment-to-moment gameplay if it weren’t foiled by another one of the game’s systems: Bad Luck. Ivan has been cursed with perpetual Bad Luck, which grows constantly throughout the game – whenever something good happens, Bad Luck is sure to increase. Whenever the Bad Luck meter fills all the way, Likho will appear and strike Ivan, generally breaking one of his weapons or stealing his money.

On paper, this mechanic makes sense, since it prohibits the player from becoming too overpowered and also fits into the folklore style off the story. In practice, however, it is an infuriating limitation on player progression and invention. It effectively punishes players for putting thought and care into their weapon crafting and character-building – at any moment it can all be washed away in bad luck, so what’s the point? Considering how enjoyable the crafting and combat systems are, it’s a shame that Bad Luck seems to exist solely to diminish the very best parts of the gameplay, leaving the game feeling like it cripples itself.

Your enjoyment of Yaga depends heavily on what experience you want out of it. If you’re looking for a deep and satisfying RPG, then it likely won’t deliver. Although it features satisfying combat and customization systems, the frustrating randomization of its level design and Bad Luck system only serve to foil these good qualities. If you are instead looking for a faithful, fleshed-out image of Slavic cultural heritage, portraying both the harsh realities of peasant life along with its fanciful folklore, then Yaga is a clear triumph thanks to its emphasis on player choice, its excellent writing, and its beautiful hand-drawn visuals and inventive soundtrack. All told, Yaga achieves a bittersweet ending: it’s bitter as a game but sweet as a fairy tale. 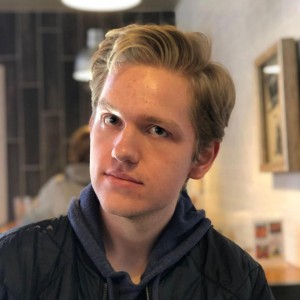 A Winner Is You Podcast Episode 34: Inscryption

The Addictive Vampire Survivors is the Ultimate Timesuck

Almost an idle game, mostly a bullet-hell roguelike, Vampire Survivors is a breakout hit in the early-access scene.…

If game quality is represented by the depth of the ocean, then Moonglow Bay goes down deep, without quite touching the seafloor.…

Atmospheric, unsettling, and a downright blast to play, Inscryption is a deckbuilding roguelike adventure with several tricks up its sleeve.…

A Winner Is You Podcast Episode 14: Rogue Legacy