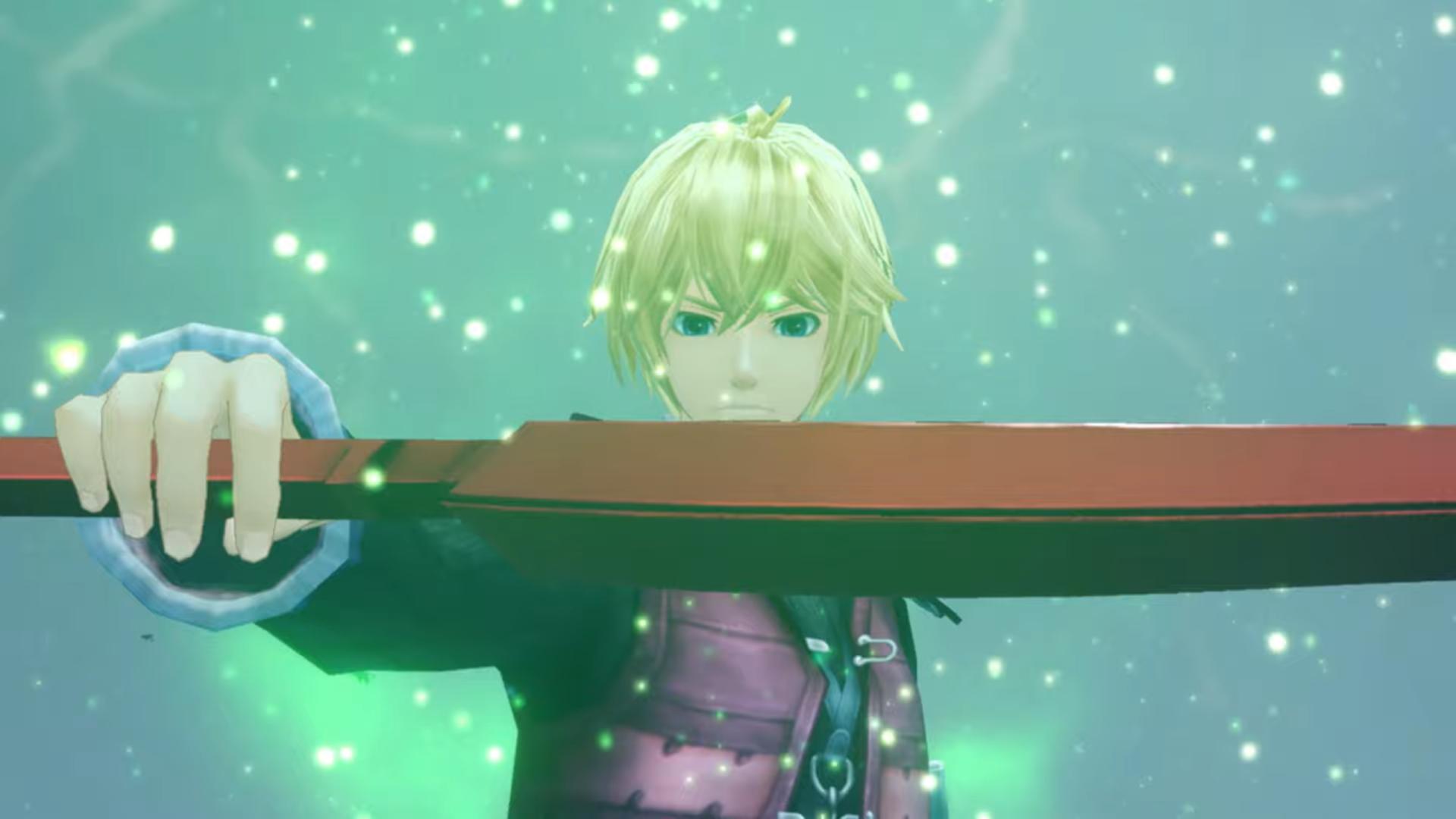 Editor’s Note: This review does not include the new ‘Future Connected’ epilogue or spoilers for the base game. If you have played Xenoblade Chronicles before and are looking for a review of the new Future Connected story content, you can follow the link right here.

Saying that the latest remaster of the original Xenoblade Chronicles is just a graphical enhancement with a few minor fixes would be significantly downplaying the massive upgrade that’s been made to the 2010 Wii masterpiece. Both longtime fans and potential new adopters will not be disappointed by the latest coat of paint the world of Bionis and Mechonis have been absolutely slathered in. Monolith Soft claims that this is the definitive way to play through the legendary journey of Shulk and his pals, and they couldn’t be more right; this is the absolute best version of one of the best RPGs of the last decade.

The newest ‘Definitive Edition’ brings audiences back to Bionis and Mechonis with a glamorous upgrade.

Xenoblade Chronicles is a story focused on spirituality, openness, placement, and ill-revenge. Its a tale of the destruction and creation of life guided by an unfastened moral compass. If you haven’t played through it before, I highly recommend going in as blind as possible. That being said, without talking about the details of the game’s plot, the emotional and sophisticated narrative of the first game in the series is easily the highlight of the entire Xenoblade franchise. Besides the promise of more content after the main story, nothing has been changed within the story itself. The difference now is that getting through that story is far more convenient thanks to a more user-friendly experience and completely overhauled art direction.

Where Xenoblade Chronicles: Definitive Edition truly benefits the most is in how it has streamlined and revamped all of its menus and maps. You are no longer diving through excessively detailed menus filled with submenus and constantly flipping around for what you want to find both in-game and in a guide book. Everything has been redesigned in a clearer and more concise way to help keep players in the action as often as possible. Equipment, Party, Skill Trees, Arts, Area Maps, Affinity Charts, Quest Logs, and Collectibles can now all be checked from the same simplified main menu screen, letting players spend more time actually playing the game than ever before. Even the transitions between the two are seamless now as nearly all loading times have been exterminated for the most part. Doing away with the tedious elements of the original Xenoblade Chronicles was clearly this remaster’s priority, and it excels at that.

For instance, take how quests are handled this time around. Rather than having to look up guides to secure locations and time zones for individuals and items that are needed to complete a simple sidequest, the game presents the player with plenty of detailed profiles that can be checked with the click of a button in the quest log submenu. Having information on hand that shows what time an NPC or item is present and exactly where they will be is a satisfying game-changer. The mini-map is still incorporated in the UI, but it’s been designed to be more simplistic and easy to understand at a quick glance when tracking down who or what you may be looking for. On top of this, that map can be enlarged at any time during gameplay for convenience so you will no longer have to follow an imprecise arrow placed at the top-middle of the screen or shuffle between your area map menu and gameplay to ensure you are still on course for your destination.

Meanwhile, besides the visual cleanup, when it comes to combat the latest battle HUD redesign adds two small helpful changes that the original could have benefited from greatly. For one, the highly requested addition of a health bar has finally been fulfilled. Although it cannot tell you exactly how much health each party member has, it is without a doubt easier to estimate your health instead of trying to calculate how much damage you’ve taken on the fly. The second addition is the presence of small exclamation battle cues on arts that will notify you when an attack may be at its highest potential. When enemies are in clusters or compact areas it can be hard to tell which direction the target you are locked on to may be facing. Arts will now contain a small blue exclamation point in their right-hand corner to notify you that your attack is at its most effective point–a simple and effective change I’m sure newcomers will leverage and veterans will appreciate.

Outside of the Future Connected epilogue, the game only contains one new piece of content inside the core story that can’t be found in any other version of Xenoblade Chronicles. A new Time Trials mode has been added where the player can fight off hordes of enemy waves under a set time limit in exchange for valuable gear and gold. Each location portal the player comes across transfers them to a separate realm where they can talk to a nopon merchant with a list of optional trials that vary by level and enemy type. Just like all other nopon merchants, he or she can also be traded with for high-value items. This extra feature is inconsequential, but it’s nonetheless a substantial mode that can be helpful for harvesting useful gear towards the beginning of the game. Speaking of nonessential additions, outside of the story there is also a new theater mode where you can customize cutscenes you have seen to your liking. Just like Time Trials it’s nothing to write home about, but it’s still a welcomed feature some fans are sure to utilize.

Besides a few minor slip-ups graphically, the newest remaster is Monolith Soft’s most visually encapsulating release.

Xenoblade Chronicles looked stunning for a Wii game when it launched, but it was always indisputably rough around the edges. In the original release, there is this illusion of a massive world that’s constantly enthralling the player. However, up close it is filled with low-quality textures and muddy color palettes that really take you out of the magic. The set pieces are where the real awe factor of the game was found; gorgeous environments like Valak Mountain and Satoral Marsh–two of my personal favorite locations–are evidence of that. That’s not to say there weren’t beautiful moments to be found up-close, but the original game was definitely not always pretty on the eyes. Now though, whether you are two feet away or two-hundred, you can almost say the same for every lush and highly detailed environment you are going to come across. From Gaur Plains to Sword Valley, this remaster is a lovely repainting with a few slight hiccups.

It’s clear that Monolith Soft learned a lot about aesthetic design when working with the more colorful anime-inspired art direction they have been perusing with the Xenoblade franchise. Compared to Xenoblade Chronicles 2 and Torna ~ The Golden Country, everything here feels thematically appropriate. Aside from a few odd character outlines due to the art style, no organism or area stands out like a sore thumb. However, that’s not to say issues don’t exist. There are numerous scenes where the environment and characters clip into one another and be extremely distracting, especially during those heart-twisting moments that are paired with great camera direction and voice acting.

It’s something you would expect during gameplay, but it happens far too often in cutscenes. On top of that, we still have low-quality textures and recurring animations sprinkled here and there throughout the landscape. None of this ever completely ruins the atmosphere, but it’s visibly unmistakable in some of the more detailed areas of the remaster. One way Monolith Soft has combated this is by giving players the ability to use different costumes while having gear equipped. Instead of having a mass of different cultures attached to each party member, players can now choose how they would like to present their characters.

One of the most exciting parts about Xenoblade Chronicles coming to the Nintendo Switch is the promise of handheld play. Previously, Xenoblade Chronicles 2 was a bit of a technical mess at times when undocked, but its prologue Torna – The Golden Country provided some fixes- (albeit not enough to fully improve the playstyle for those wanting to play entirely on-the-go). How does the remaster compare to the other two entries in the franchise on Switch? Well, it’s better, but the competition was already slim.

Xenoblade Chronicles is fully playable in handheld mode, but I highly recommend Switch users still play the game docked for the most part. Sadly, Monolith Soft has never been able to optimize their engine to get the most out ot their titles in portable mode, and this release is more proof of that. From questionable resolution dips to poorly loaded textures, the game generally does not look that pleasing in comparison to its stationed counterpart, although it is worth noting that I have not seen many framerate issues in either configuration. It is definitely an improvement over the Nintendo 3DS version of the game, but it undoubtedly is still in need of dire optimization. This is by far the most disappointing aspect of the game and the only part of the remaster that felt like a legitimate letdown.

Xenoblade Chronicles: Definitive Edition is the best way to play through one of, if not, Nintendo’s finest narrative-driven title.

Xenoblade Chronicles: Definitive Edition is so close to being perfect. It adds a near-phenomenal refining coat to a game that was already a masterpiece from both a storytelling and gameplay perspective. It just nearly misses the mark from being completely perfect due to a few technical issues that plague the release. These problems are not game-breaking or derail the overall enjoyment of the adventure by any means, though they are prominent to the point where they become exponentially noticeable as the journey continues to push forward hour by hour, set-piece by set-piece. The amount of added refinements and accessibility changes overshadow any technical problems, and with the promise of new additions like different controller options and a remastered soundtrack, it’s hard to fault the game for such light issues.

Just as it was before for Wii and 3DS owners, Xenoblade Chronicles: Definitive Edition is a must-have for Nintendo Switch players. Not only is it the best way to experience the emotionally moving tale of the Monado, but it is also one of the finest Japanese action role-playing games you can pick up and play today. It belongs right on your shelf–or digital library–next to Breath of The Wild, Super Mario Odyssey, and Super Smash Bros. Ultimate. You’re sure to be “really feeling” this one.