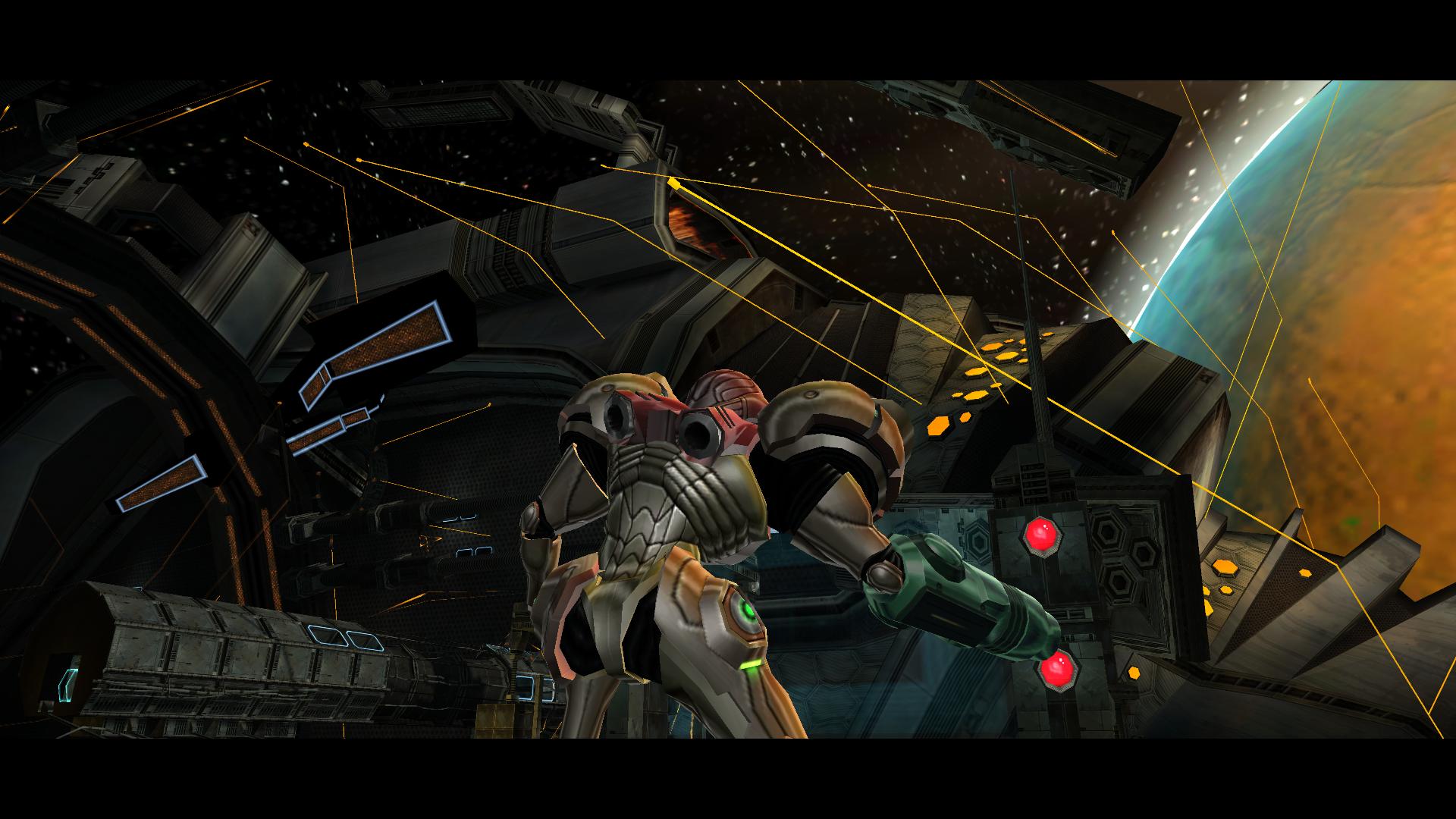 An unassuming sentence that would set the scene to arguably not just one of the best Nintendo games ever made, but one of the best games of all time. On the 6th of August 2016, Samus Aran and her enemies all turn 30, and instead of this article being written about the game coming out around then (the awfully received Federation Force) it’s about the one that came out thirteen years ago. Following an six year hiatus since the last installment of the franchise, fans were treated to the above sentence, and of course, the game that came with it. Anybody unsure about Metroid Prime had all their worries cast aside within its first twenty minutes.

The scene is set in the depths of space. A few rocks tumble toward a distant planet. The camera pulls back to reveal a hulking mass of a space station. All is peaceful until a familiar gunship pulls up beside it, and an even more familiar figure steps out. Samus Aran shows herself to the world in a way that no one had seen her before.

Suddenly the camera thrusts itself into our protagonists’ head. For the first time in any Metroid game, the grateful audience experiences the action from Samus’-eye view.

From the exterior platform of the base, the bounty hunter works her way through the interior of the station. She travels through winding corridors and tunnels until in one room she is met with a fiery scene. A massive, deceased creature lies burning in the middle of the floor, mutilated beyond recognition, surrounded by murdered Space Pirates. The room is a precursor of what else is to come, upon the previously considered peaceful station. 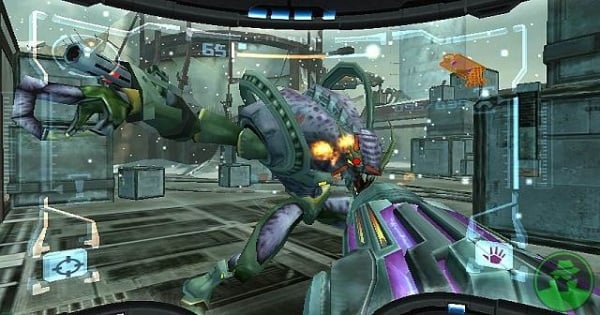 Moving on, small creatures called ‘Parasites’ similar to the flaming beast found earlier are seen scuttling all over the base and have a fondness for spitting acid. Native to Tallon IV, these insects must have been extracted from their home planet to be mutated and experimented on by the Space Pirates. These ‘experiments’ created monstrosities like the Parasite the size of an elephant in the previous room.

A few rooms later, of course, there are Space Pirates on the offensive. But these ones are different. Some limp towards Samus and some of them can’t even stand. Scanning the disfigured enemies shows many of them are critically injured and on the verge of death. They make very easy foes to dispose of.

The bounty hunter extraordinaire journeys ever further into the heart of the labyrinth-like base. She traverses through elevators and transporters and uses morph-ball mechanics to progress. Until, eventually, a gate-sized door is cranked open, and Samus steps through it.

As the story progresses into this new location, there is a sense of anticipation about the massive, open, circular room Samus finds herself in.  A platform runs right around the side, leaving a gaping space in the center. Almost anybody can guess what’s about to happen. Unsurprisingly, a great hulking beast of a creature crawls down from the ceiling and rears its ugly head. The fight begins. Scanning the monstrosity shows it to be the ‘Parasite Queen’, mutated within an inch of its life, and the mother of all acid-vomiting, swarming, scuttling creatures found throughout the base. Luckily, if traversed correctly, the queen shouldn’t make too much trouble for our orange assassin. After avoiding its chemically corrosive bile, and shooting it enough whilst circling, the alien queen will be no more. Now the real fun begins. 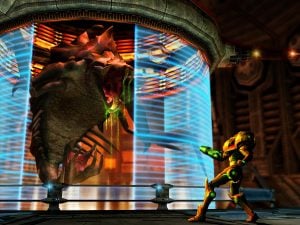 Samus needs to get off this station, and quickly. But one of her closest enemies isn’t going to make it easy for her. The walls crumble and steam hisses through the various vents of the station. She runs through tunnels, she climbs up elevators until she gets to one particular room, where a familiar screech can be heard from above. Ridley. The two nemeses stare each other down until the space dragon takes off, foreshadowing what’s to come.

The hunter runs on, through what appear to be identical tunnels and corridors, almost trying to trick the player into thinking they’re going the wrong way. She ducks under crackles of electricity but doesn’t watch out behind her. A surge of electricity smashes her against the wall, and strips her of her Varia suit completely! Left almost powerless, without even the charge shot, the countdown ticks ever closer to the time of explosion.

Samus runs further and further towards the exit, until, the door she came in through, is in sight! She blasts her way through it and stumbles onto the outside of the station. She watches from her gunship as the godforsaken Pirate Frigate is destroyed, and follows Ridley in hot pursuit as he soars down to the planet below. The adventure begins.

What makes this first mission so special is that it sets the bar for the rest of the series to follow. Some fans of the series speculated that Metroid Prime was going to become a Halo clone, or at least take on some of the blandness that the FPS genre was known for. But from the first mission alone: the atmosphere, the instantly accessible lore with the scanning feature, the similarities but big differences to the older games, really showed that for this collection of games at least, Nintendo does listen to its fans.  So give it a bit of time. They know that no one wants Federation Force and that the reception to Other M wasn’t favourable either. You never know, when the release of the NX rolls around, we might get a game starring our favourite bounty hunter with an even better first mission than Metroid Prime.