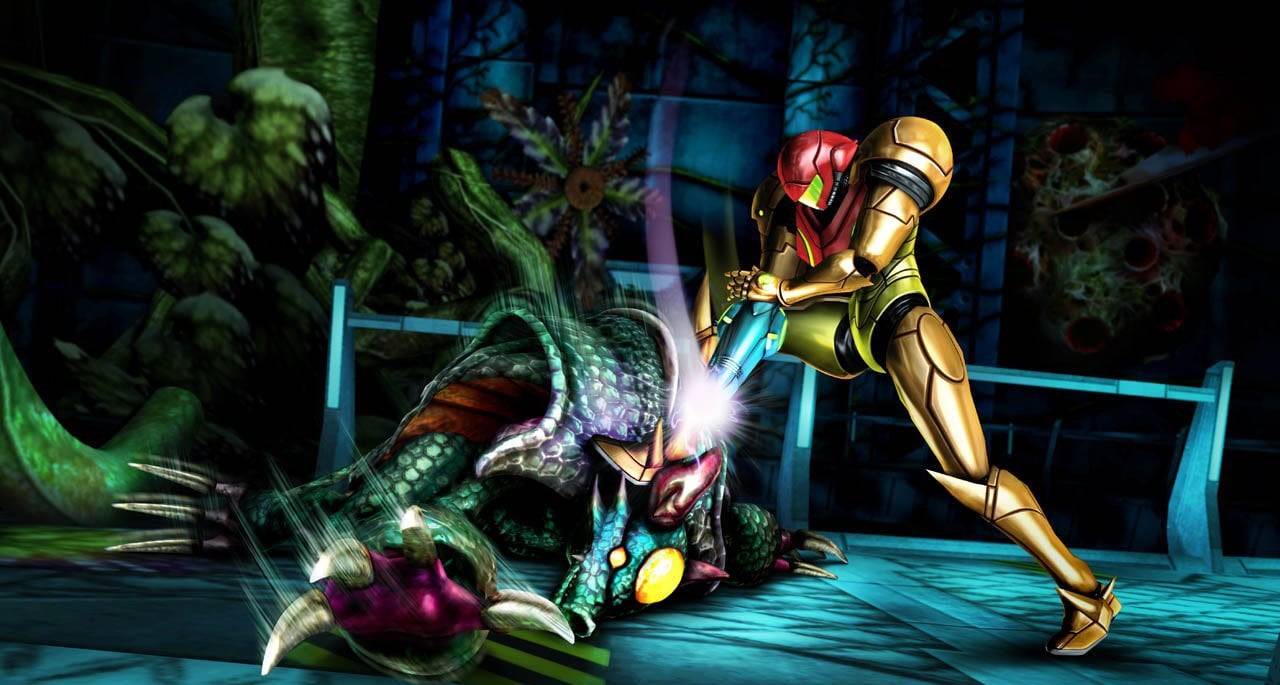 There are few titles in established series’ that evoke so much ire as Metroid: Other M. As a member of Nintendo’s Big 3, along with Super Mario Bros. and The Legend of Zelda, Metroid had a long and treasured history behind it long before Other M came around and mucked with its legacy, taking the series to a full stop in the process.

Strangely, this wasn’t the first time that this had occurred. After Super Metroid, the series’ most acclaimed and celebrated title to date, the Metroid franchise went through an 8-year hiatus, skipping over the N64 entirely, before re-emerging on the GameCube. In some ways, this disparity, between Metroid‘s most highly acclaimed title and its most damaging iteration, is incredibly apt.

For one thing, Metroid: Other M takes place directly after Super Metroid, even going so far as to leverage much of SM‘s nostalgia right out of the gate. The opening cinematic, one of the game’s best moments, is actually a direct cinematic representation of Super Metroid‘s iconic ending (A.K.A. “the death of a thousand childhoods”), in which a completely innocent, and totally instinctual, creature is executed during the final battle, just after saving Samus’ life.

It’s an undeniably emotional and effective finale so it’s no surprise that it recurs here, especially considering the continuity of M:OM. Yes, you read that acronym correctly, and if the more careful and quiet symbolism of Super Metroid could have come through in this title, you probably wouldn’t be reading this article. Unfortunately, the once subtle themes of maternalism and compassion are beaten like a dead metroid almost from the outset, with Samus calling her savior “the baby”, a “Baby’s Cry” distress signal, and a “Bottle Ship” all being introduced within the first hour alone.

The unnerving, eye-rolling and even offensive storyline attributes don’t stop there, though. Samus, gaming’s first strong, independent female character, is relegated almost instantly to the role of a yes-woman servant for a man she sees as a father figure/possible lover early on in the plot. This peculiar choice does the story very few favors, and shows through characterization alone, that this is a title that has obviously been relegated to an outside studio, in this case, Team Ninja.

Now you might remember Team Ninja as the fine folks who delivered such completely inoffensive and totally-not-perverted breast-bouncing mechanics in fighting games like Dead or Alive or sports titles like Xtreme Beach Volleyball. In a lot of ways it’s pretty easy to see how Other M turned into a PR disaster, especially for the often notoriously outspoken video game industry, but the journey there is still pretty fascinating.

Take an early scene where Samus encounters her longtime nemesis, Ridley, for the first time. Ridley, a series staple, had already appeared in several Metroid titles by this point, none of which featured Samus cowering in traumatized, immobile fear, but there she was, screaming and panicking during an attack by a foe she had handily dispatched on several occasions prior, without the hysterics.

With all of this in mind, it’s not difficult to see why Metroid: Other M has become such a divisive and alienating installment for the Metroid franchise, however (and that’s something of a vastly looming segue at this point) Other M is far from a game that lacks merit or value.

Once you move past the most insulting, yet still occasionally effective, storyline, what you’re left with is an astutely crafted collage of the best versions of Metroid ever released, combined carefully with the first game where Samus actually feels like the Valkyrie we’ve always seen her described as.

That Samus has always been seen as the Xena or Buffy of Nintendo’s world existed as a bit of a given at this point but this was the first time players had that experience placed directly in their control, rather than seeing it in cut-scenes or reading it in scan-logs. Samus Aran has always felt like a formidable and dangerous adversary in each of her forms but never had she felt so deadly as this. Other M‘s ass-kicking, backflipping, gravity-defying iteration of Samus was by and far the most intimidating version of this character to date and the last one you’d hope to encounter in a brawl (assuming your name isn’t Ridley).

In this sense, Other M demonstrates a peculiar dichotomy as a united product, wherein one-half of the package portrays the central character in one way, and the other half presents her in another. Occasionally these disparate elements come into direct conflict, such as in the case of the plot/gameplay element wherein Samus only uses her skills when Adam, her adopted Commanding Officer, gives her permission. This is particularly troubling in choice sequences where Samus neglects to utilize her combat talents even in situations that present a mortal danger to her survival.

Still, it’s hard to ignore just how well this game works when it does, in fact, work. The puzzles are cleverly designed (though not on Prime levels of course), the new power-ups are a nice breath of fresh air, and the collectibles are incredibly well-hidden, forcing players to use every trick in the book (and probably a walkthrough) in order to locate them all.

As mentioned earlier, Other M is at its best when it feels like an amalgamation of the two finest Metroid titles to date: Super Metroid and Metroid Prime. From SM it borrows the fast-paced exploration and side-scrolling elements, leading to many moments as rife with nostalgia as anything you’re likely to experience in gaming. From the MP camp, it lifts the first-person perspective, a handy viewing and combat tool that can be activated simply by pointing the Wii-mote at the screen. The rest of the game is played with the Wii-mote turned sideways, and uses no attachments, similar to Donkey Kong Country Returns and New Super Mario Bros. Wii.

In the end, while Other M‘s narrative flaws are impossible to ignore, it remains a title well worth playing, especially now, after all of the commotion has come and gone. Looked upon as a culmination of its own merits and mistakes, Metroid: Other M could single-handedly stand as an entire Game Design 101 course on what to do, and what not to do when developing a title in a long-standing series. It holds up even today as a fascinating case study, and as a game, it more than justifies itself long before (and even after) the credits roll.