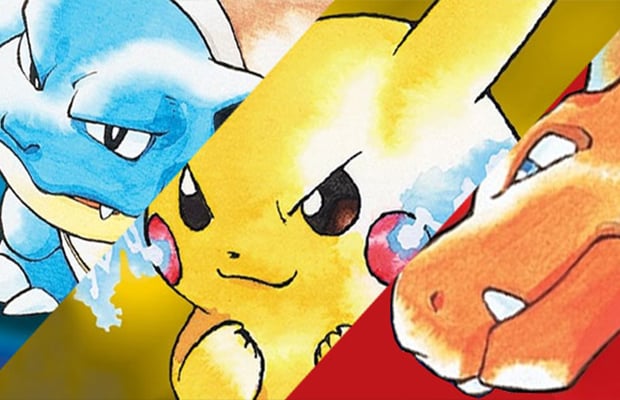 If you have been living under a soundproofed rock on Mars with a dodgy internet connection for the past month, you might not be aware that the original Pokémon  games are celebrating their 20th Anniversary, with Red, Blue and Yellow finally being released onto the 3DS Virtual Console. If you are like me, these games made up a huge part of your childhood, playing them over and over to the point where the game is hardwired into your brain. You know which Pokémon appear in each patch of grass, you can recite the dialog at the beginning of the game, and traverse the map blindfolded.

Playing through these old games will give you a powerful sense of nostalgia, but they don’t offer the challenge they did to you as kid. As much as I obsessed over the games when I was young, I never actually defeated the Elite Four until the Gen 3, by which time I was obviously older and much better at games. Coming back these games, as much as they are still enjoyable on their own merits, I feel like the originals needed an extra dimension to make me obsess over them in the same way I did in my younger years. Cue the ‘Nuzlocke Challenge’…

For the uninitiated, the ‘Nuzlocke Challenge’ is a way of playing Pokémon games which makes the game go from a friendly RPG adventure to a nerve shredding journey of pain and heartbreak. The 2 essential rules are as follows: you can only catch the first Pokemon you see on each route (if you fail to catch it then tough luck!), and every time your Pokémon falls in battle you have to release them into the wild; they are dead to you. There are other rules which can differ: for example some players don’t allow themselves to use items during battle, some don’t allow you to catch the same Pokémon twice, and some don’t allow themselves to pick up any ‘free’ Pokémon during the game (i.e., Eevee, Hitmonlee or Hitmonchan). Which of these rules you decide to go with is your choice depending on how good/ brave/ stupid you are, but whatever you decided to go with, the results will be the same- a Pokémon experience which is totally unique and totally soul-sucking. The experience will be someone akin to players of the Fire Emblem or XCOM series, where mistakes you make during the game are punished by killing off one of your Pokémon, making you carefully deliberate before making each move. This turns the game into something resembling a strategy game, where you end up thinking three turns ahead, trying to think how best to avoid death and raise the EXP of the different members of the party. This is vital, because as you can only catch the first Pokémon you see on each route, you cannot afford to write any of your party off, with this limitation also meaning you can effectively “lose” the game if your whole party is wiped out. On my first attempt at a ‘Nuzlocke Challenge’ I managed to get all the way to 8th Gym Leader before his Dugtrio wiped out my entire team by spamming Fissure, one of the worst five minutes of my life (if you don’t play Pokémon, almost none of that last sentence will make any sense to you).

What made Pokémon so great for me as a kid was not the mechanics or the world, but simply the Pokémon themselves. Each had their own unique design, and the way you raised them through their levels, watching them physically change, made you feel a real attachment to your Pokémon. Along the way you would have your favourite, the ones who were more powerful, or the ones pulled out a critical hit just at the right time to save you. Throughout your adventure there was a story you created yourself, and a rapport you built with these dialogue-less characters. No well-enough-written character or dramatic story arc can ever come close to the camaraderie you have with your Pokémon.

What the ‘Nuzlocke Challenge’ does is amplify this feeling to new heights. Every Pokémon at your disposal is necessary to be successful. Even some of the weaker ones you catch along the way will become invaluable; throwing an unloved Catterpie into the battle to save your prize Raticate can sometimes be the difference between life and death for your party. Every nail-biting win fills you with immense sense of victory, helping form a closer attachment with the Pokémen and Pokéwomen that helped you get this far. But this of course means that when they do die, it is truly heartbreaking; all that good work is gone. You’ve not just lost a powerful Pokémon though; you have lost an ally. But whereas games with this system built in automatically kill off your characters, in Pokémon you have to make the solemn trudge to the nearest Pokécenter, deposit said Pokémon into your box, and then tearfully press the release button on them, watching their sprite figure dissolve into the nothingness. Since adopting this way of playing Pokémon, I have struggled to ever go back; playing through the game normally just lacks that emotional bite. This technique can of course be adapted for all of the games in the series, but I think it suits the original games the best, partly down to their simplicity, but also because of my intrinsic understanding of how the original games work. As well, the original 151 Pokémon are clearly the best; don’t kid yourself, we all know this. This way of playing isn’t for everyone; I myself am a bit of glutton for punishment, hence why I love the Dark Souls series. But if you have eagerly downloaded one, if not all, of the original three games to bask in the pool of nostalgia, but want something new from the game, just remember the ‘Nuzlocke Challenge’.