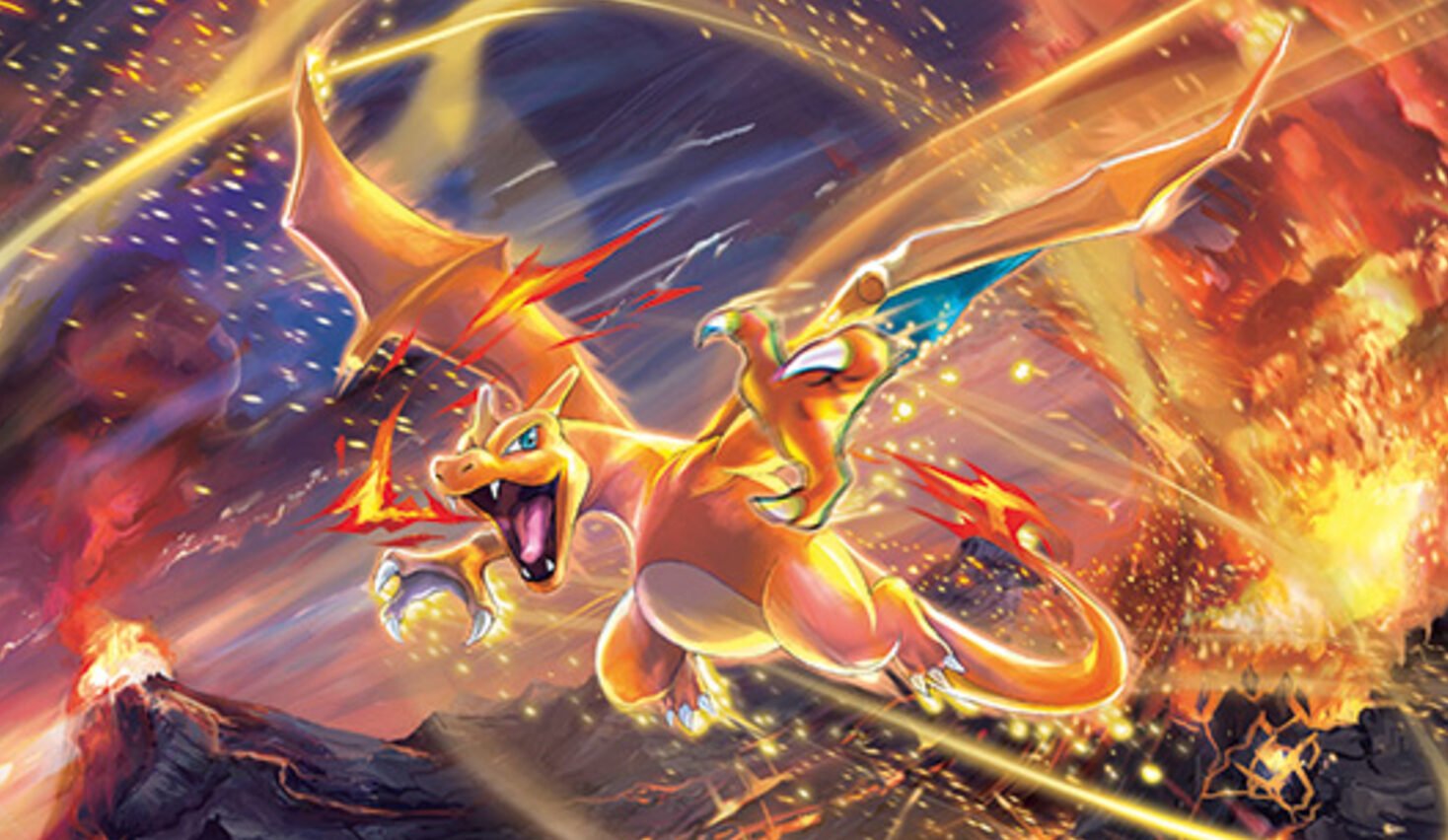 Pokémon TCG: The Most Expensive Pokémon Cards Released During 2022

2022 was yet another year where alternative full art cards reigned supreme within the Pokémon TCG community. Not even the rainbow rares or gold rares of Sword & Shield’s last few expansions could stand toe to toe with the market value of this year’s lineup of alternative full art cards. Between Brilliant Stars, Astral Radiance, Pokémon GO, Lost Origin, and Silver Tempest, these are the five most valuable Pokémon cards released during 2022.

Editor’s Note: Price estimates were determined based on market prices of ungraded and near mint condition cards as of late December 2022. Estimates were gathered by cross-referencing sources such as eBay, TCGPlayer, and various price charting websites like PriceCharting that record online sales over time.

A Quick Explanation: What Are Alternative Full Art Cards?

As their name implies, “alternative full art” cards are ultra rare full art alternate versions of Pokémon cards that come from the same set as their standard counterpart. In recent years, these cards have all been second iterations of V or VMAX cards. Alternative full art cards have been around since Pokémon TCG’s Sun & Moon era, but the cards released under those sets were all alternate versions of GX cards. V and VMAX were introduced with Pokémon TCG’s first Sword & Shield set. Alternative full art cards should also not be confused with trainer gallery cards and standard full art cards. Trainer gallery cards contain yellow borders and full art cards (which have been around since the Black & White era of TCG) place a Pokémon in front of a colored background.

As every Pokémon fan knows, Pokémon involving dragon or dinosaur-like elements from the franchise’s earlier generations will always steal the hearts of fans. There is no explanation needed as to why an Aerodactyl V alternative full art card would instantly become 2022’s second most sought-after card from the Lost Origin TCG expansion. The card contains a popular first generation Pokémon that holds nostalgic value, Pokémon fans grew a special attachment to fossil species due to how they were obtained, and there are somehow not many Aerodactyl cards in print.

Between its composition and choice of scenery, there is so much to love within Aerodactyl V’s art from the brilliant illustrator Nurikabe who also created Pokémon GO’s wonderful Mewtwo V card. From Bastiodon and Tropius to Tirtouga and Rampardos, the alternative full art of Aerodactyl V features plenty of Pokémon that have ancient origins in-game or are inspired by well-documented real-world dinosaurs. Fun fact, and for those unaware, Aerodactyl is based on the bone structure of illustrated interpretations of the pterosaur!

With the release of Pokémon Legends: Arceus late last January, every fan thought Palkia and Dialga’s origin forms would have been the Astral Radiance expansion’s most popular alternative full art Pokémon cards. In a perhaps not-so-surprising turn of events, the controversial centaur-inspired legendary forms of Palkia and Dialga found themselves competing with a Kanto classic more people yearned to find in their booster packs. For as epic as Palkia’s Relativity painting-inspired card and Dialga’s blue skies are, there is nothing more charming than a slice-of-life Pokémon scene that helps the franchise’s connection between humans and creatures feel all the more tangible.

Running through a bustling marketplace with all four arms loaded with cooking essentials, the Machamp V alternative full art card displays the Pokémon Trading Card Game’s visuals at its finest–no action or ferocity is often needed to make a card stand out amongst all fans. While Machamp V is certainly not one of the best V cards a player can use in the competitive scene, it is absolutely a collectible every Pokémon fan can adore as it favors a serene approach to its art that distinguishes itself from many of the other alternative full art and trainer gallery cards released this past year. Machamp V feels comfortingly human as it excellently displays our own species’ connection with the Pokémon world–and that will forever be a driving factor behind its popularity… besides the fact it is, of course, hard to find like every other card on this list.

It feels like every year Charizard is going to cause some massive disturbance–or rather disturbances–in the Pokémon community. Before the Kanto starter’s Premium Collection Box made the rounds, absurd graded prices skyrocketed, and Pokémon Scarlet & Violet players rushed to finish the post-game to capture the flame dragon in Tera Raids, Charizard was causing waves as the character helped usher in the final year of Sword & Shield’s TCG expansion with an action-packed alternative full art. The alternative full art card of Charizard V from the Brilliant Stars expansion shows Charizard locked in combat with Venasaur as the two partake in an epic battle under a mountain landscape. Unlike the other entries of this list, Charizard V is the most dynamic-looking card as it perfectly captures the essence of a Pokémon battle.

When Brilliant Stars debuted back in February, Charizard V instantly became one of the more valuable modern Pokémon cards, and its price has only risen since. Charizard cards becoming valued at a high market price immediately after release seems far from uncommon, but this past year’s new Charizard cards saw fluctuating prices as Charizard Premium Collection Boxes were not as rare as many had thought they would be and the Pokémon GO TCG expansion started to lose interest from fans. In comparison to the Pokémon GO Radiant Charizard and the three Charizard promos included in November’s Premium Collection Box, this alternative full art has only continued to exponentially rise in value.

2022’s second most sought-after and valuable Pokémon card is from this year’s final TCG set, Silver Tempest. Leave it to the Johto region’s diving Pokémon to headline Silver Tempest with a masterful composition that will have every Pokémon card collector shaking if they pull it. The ultra rare Lugia V alternative full art card echoes the opening of Pokémon XD Gale of Darkness as the iconic legendary creature is cloaked in the black of night and towers above a poor fisherman out at sea. Like the Charizard alternative full art card, Lugia V is a competitively viable Pokémon card but why would any player use such a valuable collectible when the standard Lugia V is available for less than $10?

On a side note, Lugia V might be quite a bit lower in terms of current market price compared to this list’s next entry, but that does not mean readers should underestimate this card’s potential future value. Silver Tempest was released this past November, and the set is going to be readily available for months to come. When Lugia V had initially released, the card was going for upwards of over $400—the upcoming entry did not enter the second-hand market at such a high price point. While it is going to take time before this card reaches its initial value again, there is a chance that Lugia’s price could bounce sooner rather than later once production for the Scarlet & Violet series of Pokémon cards goes into full force and Sword & Shield begins to phase out. Only time will tell whether or not it was 2022’s actual most valuable card!

It is no surprise that the ultra rare Gitartina V alternative full art from the Pokémon TCG set Lost Origin became 2022’s most valued Pokémon card–it literally only takes one glance at its art to understand why this card would be held high like a Pablo Picasso painting. The ruler of the Distortion World may not have received a big spotlight in the video game department this past year, even though the Sinnoh region received two dedicated titles, but Giratina was able to steal all of the Pokémon TCG community’s attention from its competing legendary beings.

Giratina V may not hold a candle to the incredible usage of Giratina VSTAR in terms of competitive play, but there is absolutely no denying that 2022’s most valuable card contains the best artwork of any Pokémon card this year–if not one of the best of all time. Giratina V has to be the most detailed Pokémon card ever created, and not a single picture online does this masterwork justice. If you ever have the opportunity to see a real Giratina V alternative full art in person, as a Pokémon fan you owe it to yourself to take a long look at it and fall into its memorizing realm of details and intricacies.