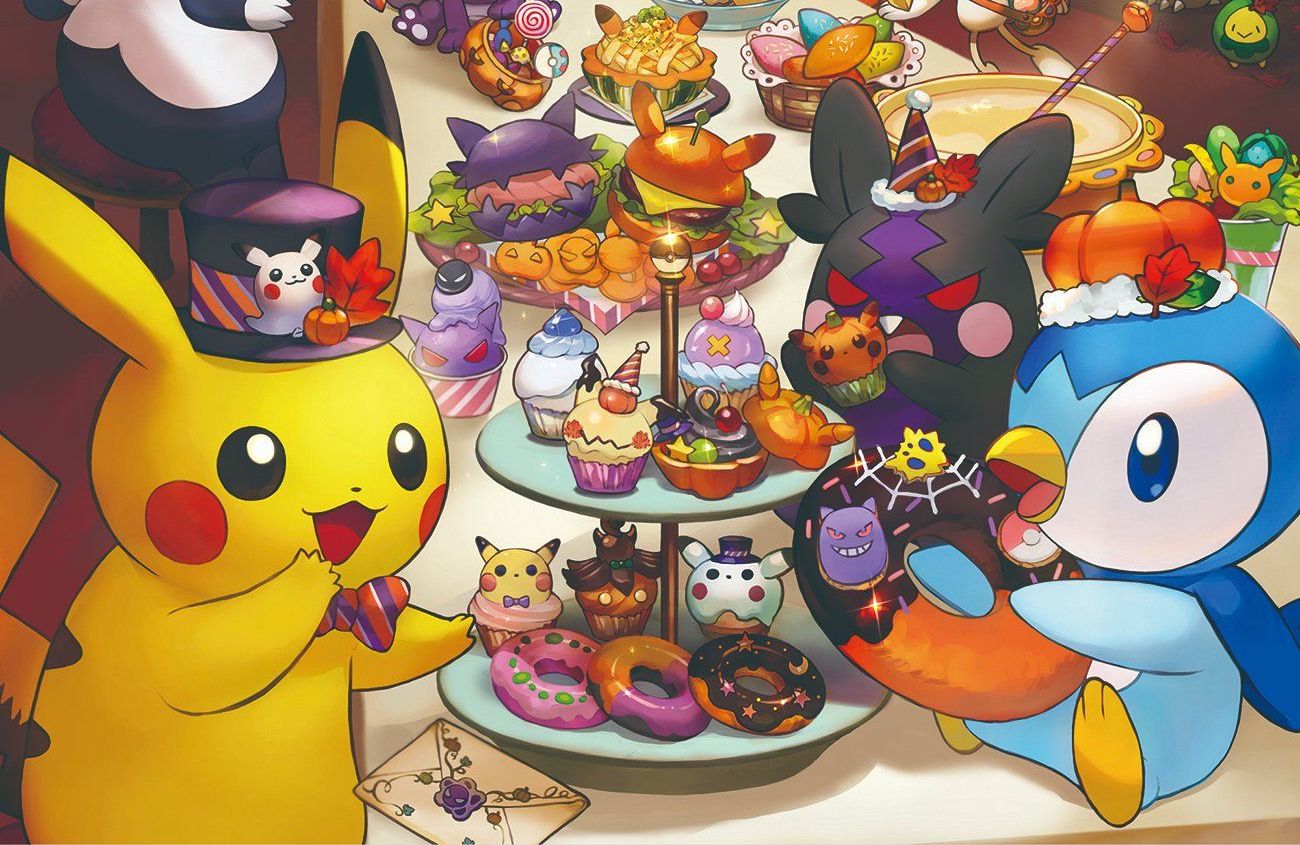 For those looking to spread their Pokémon joy during the barrage of autumn and winter holidays this year, The Pokémon Company is preparing to shake up some traditional purchases. As part of The Pokémon Company’s upcoming initiative to widen its brand awareness, the world’s largest franchise will be releasing more holiday-themed products. To celebrate Halloween this October, Pikachu and friends will be throwing away trick-or-treat candy in favor of some Pokémon Trading Card Game [TCG] collectibles.

The Pokémon Trick or Trade BOOster Bundle will be a fun alternative to the usual Halloween candy. Intended to be given out to trick-or-treaters and party goers, whether this is their introduction to Pokémon TCG or a return to a fond collection, each bundle part of the new Halloween set comes with a whopping 40 booster packs. Within each booster pack, customers and house hoppers will be able to draw three random cards–in other words, 120 total cards are stuffed into this large candy-sized orange bag!

While The Pokémon Company has not specified what exact stores will be carrying the TCG Trick or Trade BOOster Bundles yet, the company has noted that it will be available only at “participating grocery stores and mass retailers”.

Curious to already see what Gengar and Pikachu are hiding behind their mini packs though? Thanks to Charlie Hurlocker, @charliecollects on Instagram who previously leaked the set’s imminent announcement, some of the cards that are part of the upcoming Trick or Trade BOOster Bundle have already made their way online. Unsurprisingly, the cards within the Trick or Trade BOOster Bundle mini packs appear to be restamped art of previous releases from other recent TCG collections, however, there are no exact indications yet as to whether or not any new cards will be included in the set (although that seems highly unlikely).

As can be seen below, in Hurlocker’s photos the collector showcases some familiar Mewtwo, Hatterene, Dusknoir, and Pumpkaboo cards, along with a photo of the actual booster pack.

Currently, the exact number of available cards in the set and what other characters will be included are still unknown. What we have learned from Hurlocker’s photos though is that the elusive Pikachu pumpkin logo stamped on every card is one that has been previously used with other Pokémon Halloween-themed merchandise in the past.

The Pokémon TCG Trick or Trade BOOster Bundle will be released on September 1st. Each bundle will be priced at $14.99. Pokémon décor, TCG-themed advent calendars, and more items have also already been announced to be released in the coming months prior to the widely celebrated holidays. Hopefully, Halloween will mark a hopeful beginning for more Pokémon holiday-themed items previously only released in Japan being ushered into more regions around the world!