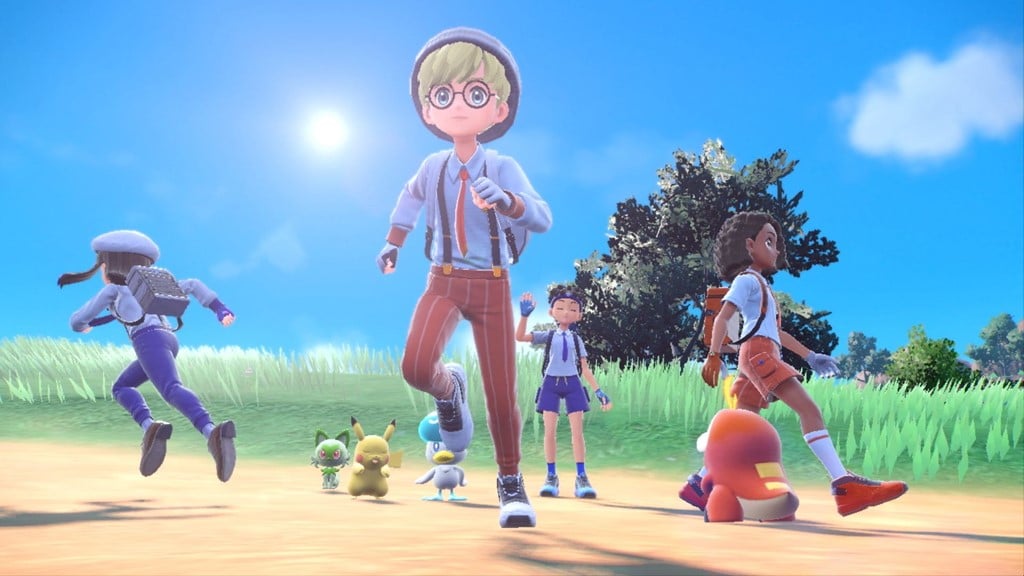 Since its announcement, The Pokémon Company has released an exciting trailer, a press release, and several intriguing Tweets hinting at what is in store for their upcoming games Pokémon Violet and Pokémon Scarlet. The upcoming newest Pokémon releases signal the start of generation nine of the beloved franchise, and will be following on the tailwind of the recently acclaimed Pokémon Legends: Arceus, so expectations are high.

For anyone who is overwhelmed by information, we’ve done the work of gathering everything essential that you need to know about Pokémon Scarlet and Pokémon Violet in one easy-to-navigate place! Here’s a list of all of the essential facts about the upcoming 9th generation of Pokémon games.

Who are the New Starter Pokémon?

Sticking to tradition, Pokémon Scarlet and Pokémon Violet feature three starter Pokémon: Water-type, Fire-type, and Grass-type. There does not appear to be any dual-type starters like Bulbasaur or Rowlet this time around, so players will have to be satisfied with a single-type starter, at least until they evolve. Because we do not currently know what these 3 starters will evolve into just yet, there may be dual-types to be found with each starter’s evolution.

Many fan artists have already started creating projects where they are imagining the future evolutions of these starters, but it should be noted that no hints have been provided by The Pokémon Company just yet as to what they may actually look like.

The three starters are the Water-type duckling Pokémon Quaxly, the Fire-type croc Pokémon Fuecoco, and the Grass-type cat Pokémon Sprigatito. Their passive abilities are identical to those shared by all other starter Pokémon since abilities were introduced in Generation 3: Overgrow for Grass-types, Blaze for Fire-types, and Torrent for Water-types. Further details about their movesets and stats are yet to come.

Who are the new Legendary Pokemon?

While not a lot is yet known about Koraidon and Miraidon, the flagship legendary Pokémon for Scarlet and Violet, we do at least know what they look like, and which one will be available in which game. Pokémon Scarlet will feature the large, bright Koraidon, while Violet will feature the sleeker, more agile-looking Miraidon. Appropriate to the names of their games, Koraidon’s design is bright red and Miraidon’s is a softer violet hue.

Fans have speculated that these two legendaries may have some connection to notions of the past and future, since korai (古来) can mean ancient and mirai (未来) can mean future. Some fans have also speculated that the designs have elements of motorcycles, implying that the legendaries may have some sort of vehicle angle to them as well. In previous Pokémon games such as Omega Ruby and Alpha Sapphire, players could traverse the map with the help of ridable Legendary Pokémon.

What Other Pokemon Will There Be?

We know of three guaranteed new Pokémon in addition to the starters: Pawmi, Lechonk, and Smoliv. Smoliv is an adorable, Grass/Normal-type olive Pokémon who is instantly lovable. Lechonk, a Normal-type pig Pokémon, has already amassed a huge fanbase. Pawmi has gotten slightly less love than the other two so far, but the Electric-type mouse Pokémon with big Pikachu energy is still adorable.

We also know that these games likely won’t be pulling a Generation 5, where players could initially only catch the new Pokémon introduced in that generation. In those games, players couldn’t encounter any older Pokémon in the wild until completing the main campaign. The trailer for Gen 9 prominently displays many classics, and several fan favorites like Pikachu, Gengar, Chansey, Meowth, Magnamite, and Psyduck have been spotted in association with the game, suggesting that the next generation will blend plenty of old characters with the new.

Who are the NPCs?

So far, only three NPCs are confirmed. For the first time in Pokémon’s history, the games will feature version-specific professors. Pokémon Scarlet players will get to interact with professor Sada, whereas Pokémon Violet players will encounter Professor Turo. Both are young, and fashionable professors, and some have already called them uncomfortably attractive. Otherwise, players will also encounter Nemona, a passionate and experienced trainer who will serve as a guide and mentor on their travels.

What about the Gameplay?

Pokémon Scarlet and Pokémon Violet will be open world! Additionally, the games will be multiplayer, and players will be able to bring up to three friends with them to explore the new region. The Pokémon Company has confirmed that staple mechanics like trading and battling will be accompanied by multiplayer exploration. For anyone who has been patiently awaiting the chance to explore an open-world Pokémon experience with friends, that time is about to come!

When is the Release Date?