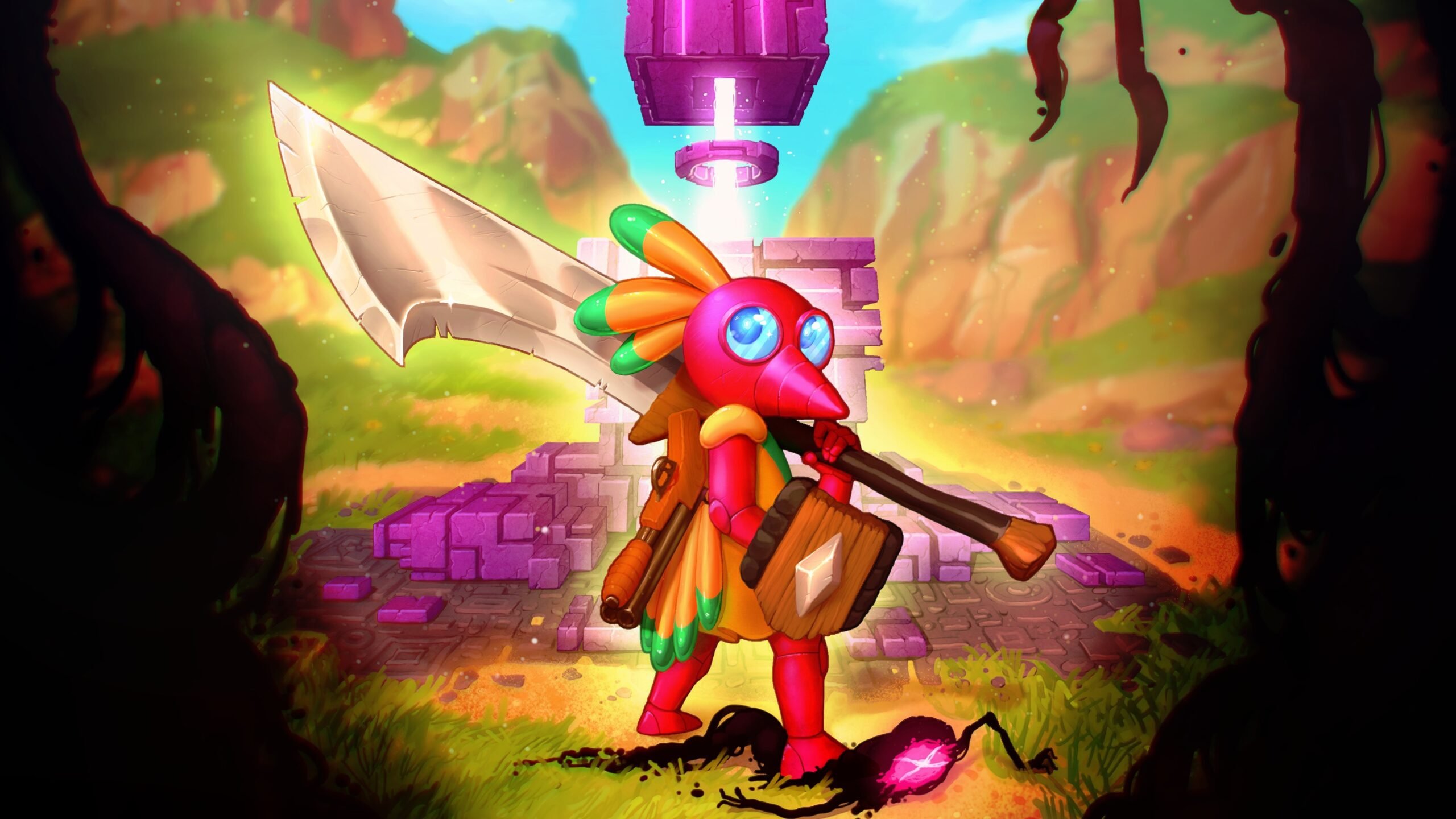 Roguelikes might be the de-facto genre for many independent games these days, but even if releases in this style can sometimes feel like a dime a dozen, there’s still something undeniably satisfying about ones that do the genre justice. Voidigo, the debut release from Semiwork, might be one such title. After spending a few hours with its Early Access build, Voidigo is already showing incredible potential – it might just be the roguelite Monster Hunter you never knew you needed.

Voidigo is light on context but heavy on action. Putting players in the shoes of a charming bulbous-nosed pink protagonist, the game opens with a few minutes of tutorials before dropping you into its procedurally generated worlds. It’s all about classic, top-down, shoot ‘em up chaos: if you’ve played any other twin-stick action roguelikes such as Enter the Gungeon or Nuclear Throne, you’ll know what to expect. You enter a room, gun down a horde of vicious foes, and then move onto the next; rinse and repeat until you inevitably perish and do it all over again. However, it’s the way you go about this that makes Voidigo feel so compelling.

You’ll find a wide assortment of ghoulish grunts to gun down in Voidigo’s worlds, but they’re not your primary objective. Rather, the game takes a page out of Monster Hunter’s book: your main focus is to hunt down the colossal boss monsters wandering through the world. These massive beasts, which are as varied as giant flying cacti and huge praying mantises, aren’t content to sit in a dedicated boss chamber and wait for you to arrive. Instead, they bounce between every room on the map, potentially ambushing you once your guard is down. That means that you’ll always have to be on the lookout for the boss’s location–which is indicated on your minimap–and beware of chance sneak attacks.

Bosses won’t be immediately susceptible to damage, however. They come equipped with impenetrable shields, which can only come down once you take down a handful of nodes scattered throughout the world. Thus, it’s your job to explore the area and discover ways to weaken the boss and strengthen your character with discoverable weapons and upgrades. Much like Monster Hunter, Voidigo’s boss encounters are all about making incremental progress, building up to the euphoric triumph after vanquishing a foe following a long hunt.

It certainly helps that the combat itself is a constant blast (often literally). It’s perfectly-executed twin-stick action, with rock-solid controls and a massive arsenal of weapons to discover. There’s a healthy mix of long-range guns and close-range weapons like swords and shields, ensuring that there are plenty of potential gameplay styles to try in each run. The developers aren’t afraid to get silly, either, as some of these weapons are delightfully wacky. My personal favorite was a candy dispenser rifle that blasts scattershots of gumballs at opponents, but there were plenty of other creative weapons that not only spoke to the developers’ inventiveness, but also allowed for unique playstyles.

It certainly helps that, much like that candy-loaded gun, Voidigo is a treat to behold. Its pixelated graphics are lush and colorful with bright pinks and blues, while its zany character designs are brought to life with fast and fluid animations. Topping off this delirious aesthetic is its funk-filled soundtrack, which is not only packed with earwormy melodies, but also seamlessly adjusts depending on the action. The music slows down to calm lo-fi beats during slow moments while building up to hectic, percussion-driven tropical tunes during combat.

Roguelikes live or die by “replayability,” a nebulous benchmark that can be infamously hard to obtain. Voidigo passes this criteria flawlessly, making it easy to jump back into its colorful chaos for that infamous “just one more run.” There is an endless bliss to tossing yourself against the game’s bosses and grunts to keep pushing forward to the next region and the next hunt. With engaging combat and an unforgettable aesthetic, Semiwork’s first big project is poised to be the next big roguelike hit. It may only be in Early Access, but even in this early state, Voidigo is anything but devoid of potential.