‘Games You May Have Missed’ is a series of indie gaming recommendations from the Goomba Stomp Staff on underground masterpieces, hidden gems, or just games you may have missed.

It can be easy to forget just how broad of a medium video games can be. While massive, bombastic and story-rich games all have their respective places, it can be incredibly refreshing to unwind with a more low-key, soothing experience. Tiny Echo fits this niche snugly with simple point-and-click gameplay and the beautifully atmospheric aesthetics developer Might and Delight has become known for.

Players take the role of Emi, a surprisingly cute messenger tasked with delivering letters to the ethereal spirits of the undergrowth. There’s no text or voice acting of any kind, a design decision that ends up driving home the monotonous nature of Emi’s assumed daily task. The lack of any exposition also manages to highlight just how wonderfully Emi is animated. Part of the fun of making my way through the game’s diverse array of hand-painted backdrops was learning more about Emi through the way she interacted with the world around her. Be it meditating while idle, shrugging when I couldn’t complete a task or empathizing with a crying NPC and crying herself, the animation did a brilliant job of making me care about this strange, silent protagonist.

What really sells Tiny Echo is it’s quaint yet detailed approach to worldbuilding. The spirit realm certainly feels like a dark, foreboding place at first. A tense score and heavy use of a darker palette made the opening moments of gameplay an uneasy and cautious experience. As I ventured deeper into the little communities, however, it became clear that this world was quite similar to our own. Spirits repairing their roofs, mothers cooking and feeding their children, friends sitting together and enjoying a cup of tea. Though the environments are otherworldly, they also evoke images of a small, close-knit, village. Little touches like Emi waving to an inhabitant before handing them their letter enforce that idea that much more.

This warm community vibe plays out directly in Tiny Echo’s gameplay as well. Though the overarching goal is to deliver messages, the characters often need a hand with something before they’re ready to accept them. These are realized as either simple brain teasers or environmental puzzles that require you to carefully comb the surroundings for interactive set pieces. Despite a couple setpieces that seemed a bit obscure, none of these felt designed to stump the player; instead, they reflected the relaxed tone of the game. 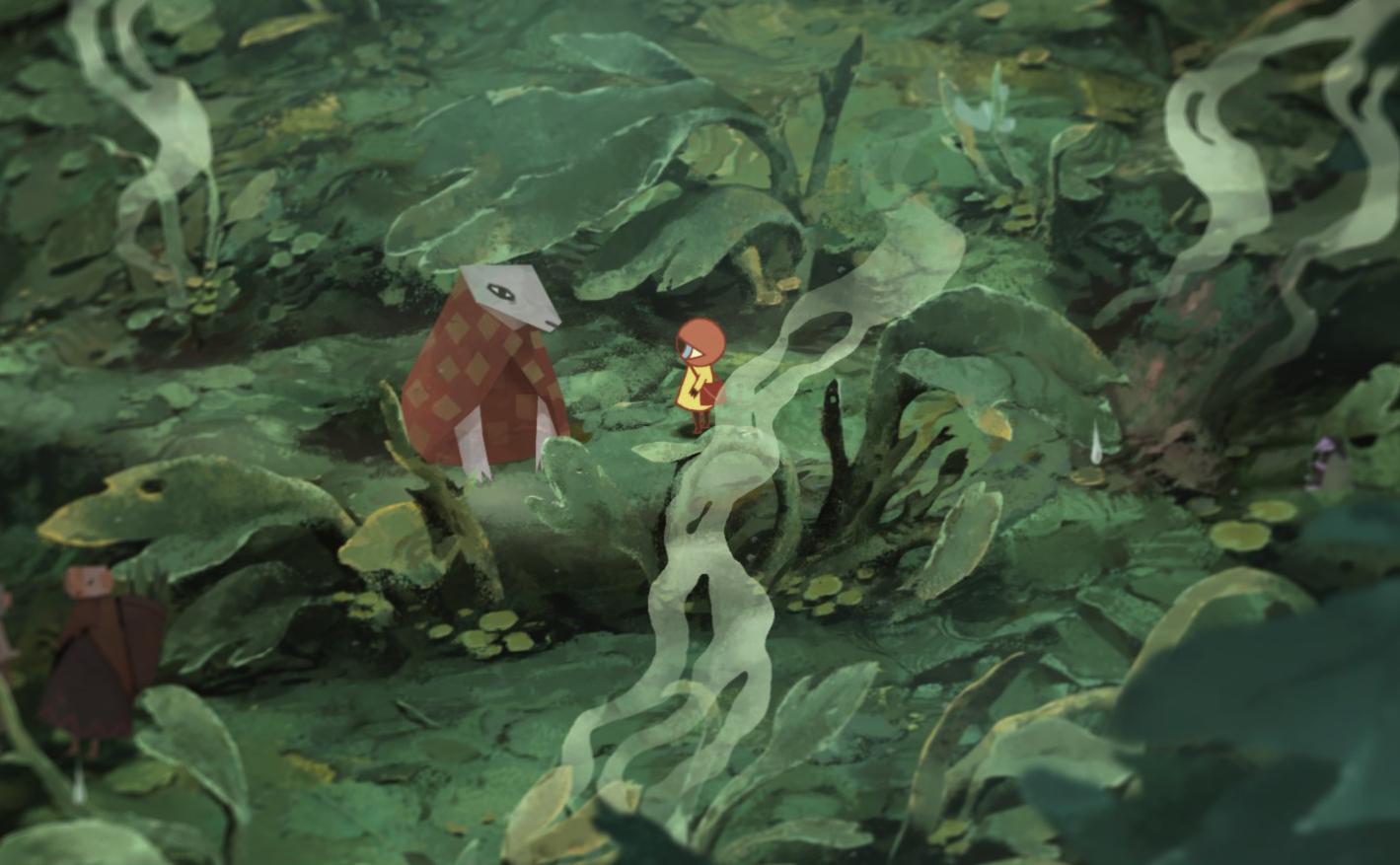 “…The simple nature of Tiny Echo serves it very well.”

In many ways, the brevity of Tiny Echo makes all the sense in the world. It only took an hour and a half to see everything the game had to offer, and yet by the end I was left with a distinct feeling of fulfillment. Spending just one day in Emi’s shoes was enough. I felt as though I could understand both the pitfalls of her job and the small moments of joy that she allowed herself to relish in. This wasn’t a story about an adventure or quest, but simply about someone carrying out their daily duties; to extend the game would’ve meant creating more expansive areas or inserting a random, unusual event for the heck of it. Instead, the simple nature of Tiny Echo serves it very well.

Though I recommend this game at its current asking price of $8, it might be worth waiting for a sale if you’re concerned about the length. It’s a pleasant way to spend a portion of your afternoon, and I can certainly see myself coming back to it in times of high stress.

Tiny Echo, Developed by Might and Delight is available on PC.