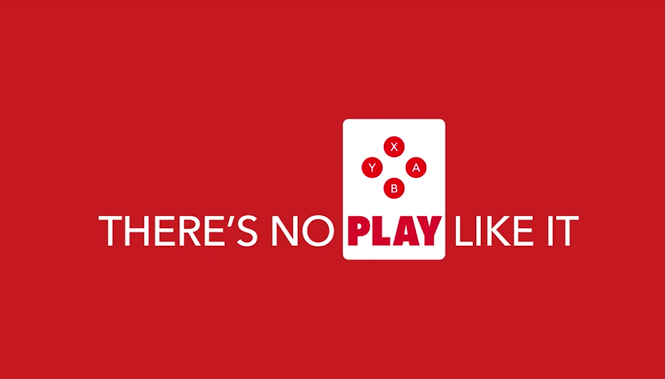 Nintendo, as a company, has had significant setbacks within their marketing strategy. They have seemingly abandoned the analytics behind console sales to conform to what they perceive to be the optimal way to effectively market their products and are a palpably stubborn company that refuses to modernize their approach to marketing. As a result, Nintendo has neutered its own ability to ensure saturation of its ideas in the market-place and has stunted its own financial growth. For them to competitively saturate the marketplace with their IPs, they must adapt or lose the attention of the modern consumer. Whereas other video game franchise have successfully married their brand with a properly leveraged marketing strategy and have achieved mass-market appeal (the Minecraft franchise has been grafted onto every piece of merchandise imaginable) Nintendo has avoided some of the most successful means of brand-building. Despite the fact that no company, perhaps other than Disney and Warner Bros., has as veritable a treasure trove of creativity in the entertainment industry as Nintendo, they have inefficiently utilized the market to spread their IPs.

With proper marketing and merchandising, Nintendo can vastly extend the reach that their IPs have, enabling them to create a stable source of income independent from the sales of their consoles. To accomplish this task, Nintendo needs to focus on three major long-term merchandising projects: the acceptance and solidification of the e-sports community around Super Smash Bros 4, the production of original television or streaming-only shows based on popular IPs, and a renewed emphasis on physical merchandise.

E-sports are a growing market; they may well qualify to be an Olympic Sport by 2020 and they have left a sizable impression on the modern Internet user. It is estimated that over 13% of live-stream viewers are watching e-sports, with most of those viewers watching through twitch.tv. E-sports are part of a larger social trend towards competitive gaming and Nintendo would be smart to ride the wave, and they certainly have the product to do so, Super Smash Bros. for Wii U.

Given that Smash-as-a-platform may already be on its way, especially if Smash 4 is ported to the NX, there is little incentive, in today’s digitally-focused marketplace, for Nintendo to consider a complete overhaul with Smash 5, barring unforeseen technical complications. With that consideration in mind, and a change in the online infrastructure with the NX, Nintendo could well poise Smash as the bedrock of their venture into e-sports, and, with proper sponsorship of tournaments, the steward of a renaissance of Smash play not seen since the glory days of Super Smash Bros. Melee at MLG in 2006. Smash could serve as a constant reminder of Nintendo’s creativity, attention to detail, and versatility in the world of tightly balanced and often mature-oriented e-sports; a testament to Nintendo’s ability to draw from dramatically different demographics.

With Smash revitalized, Nintendo could then market Smash 4 as a fun, party-style game for casual gamers, as a true e-sport for the competitive, and as great entertainment for fans of e-sports. They could update Smash continually, even between consoles, providing a product which never grew stale, a perpetual cash-generating behemoth capable of lifting Nintendo through occasional languidity. Such an energetic approach to Smash could drive NX sales as well, given enough popularity, and could become yet another incentive for Nintendo to be active in establishing Smash as a legitimate e-sport.

As for Melee, often a dark horse in conversations regarding the state of their approach to competitive Smash, Nintendo has two options: fuse it into their core e-sports lineup with a port of the game for modern consoles or freeze it out and attempt to promote Smash 4 by giving larger payouts, more elaborate tournaments, etc. to Smash 4 competitors. One might please Melee fans and the other could cause significant backlash. However, unless given substantial financial incentive, Nintendo should try to consolidate the Smash fanbase around Smash 4 for official, Nintendo-sanctioned tournaments and attempt to stymie the evaporation of their image by allowing the smaller-scale Melee tournaments to continue around the country. The more amateurs see the greats of the Smash scene involved in Smash 4, the more gamers will play Smash 4 competitively, the larger pool Smash 4 will be able to pull from and the greater the product will become.

As it stands, e-sports are an untapped market for Nintendo. They are maturing rapidly and steadily becoming yet another example of gaming’s palpable influence on modern society. Nintendo would be severely hampering the potential of their IPs by avoiding e-sports. They could be quite successful for Nintendo, both in terms of their reputation and their pocketbook.

Given the influence and  appeal of their IPs, it is a mystery as to why Nintendo has not expanded into the production of television or even streaming-only series. While previous attempts have not stood the test of time, it remains evident that Nintendo has the talent to create truly unique and appealing content outside of their games. Unlike other companies, Nintendo’s diverse IPs allow it to appeal to an enormous market of consumers and the possibilities are near limitless.

Nintendo’s greatness in the gaming community lies in ability to bring together gamers, non-gamers, family and friends. Similarly, its strengths in television could play off of the same image. There could be a show for every member of the family. Smaller, more nascent series like Animal Crossing and Splatoon, with their host of bright colors and eccentric locales, could be used to appeal to young children. Star Fox, Super Mario,  F-Zero, and Donkey Kong could easily be adapted with children 8-13 in mind. For older fans,  adaptations of The Legend of Zelda, Metroid, and perhaps even Xenoblade Chronicles,  targeted towards ages 13+, could complete the sweep of all major age demographics. 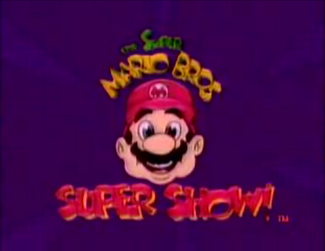 Let’s hope this isn’t how a modern, Nintendo-produced television show would turn out.

Even beyond the scope of a traditional television show, Netflix could serve as a viable alternative. With subscriptions steadily approaching cable-like levels, Nintendo could make their shows Netflix-only without  a significant decrease in their market presence. With the expense of producing a television series, no matter the platform, Nintendo would most likely have to partner with Netflix in order to fund such an ambitious task. Given how closely Nintendo safeguards its IPs, this would be unlikely to happen. However, such a bold move would serve as a great marketing tool, one that could keep Nintendo in the minds of consumers constantly and possibly buoy sales of series (like Star Fox and F-Zero) which have been flailing in recent years. Television is a powerful force, even within the modern, Internet-driven society of today and Nintendo should utilize the diversity of their IPs to appeal to all major television demographics, keeping their products in the mind of the consumer consistently.

Although amiibo have been an enormous success for Nintendo,  netting over 9.9 million units shipped in Q3 of the previous fiscal year, it is long past time that they renew their focus on physical merchandise. Action figures, LEGO play-sets, whatever it may be, there needs to be an expansion of their presence in the toy aisle of major retailers such as Wal-mart and Toys-R-Us. Whereas amiibo can only reach the relatively small market of consumers which own either a Wii U or amiibo-compatible 3DS system, physical toys beyond the amiibo brand would vastly diversify the number of customers purchasing Nintendo merchandise and would ensure that Nintendo’s brand would be visible, even in the over-saturated market of children’s toys. 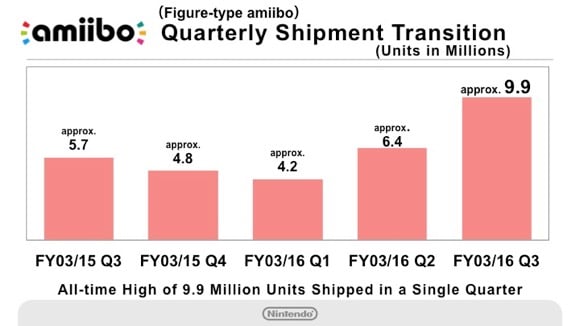 However, given that Nintendo’s strength comes from the diversity of its IPs, there could be no limit as to how many demographics could be targeted with a major entry into the non-amiibo toy market. There could well be Kirby or Mario plush toys for ages 2-7, LEGO sets of Star Fox or F-Zero for ages 6-12, and die-cast collector’s items of more mature series such as Xenoblade and Fire Emblem for ages 14+. With potential movies currently in the works, the amount of money to be made from the proper marketing of merchandise is evident, especially given Disney’s success with this past year’s Force Friday, which netted over a billion dollars for retailers in the early September ramp-up to the The Force Awakens. 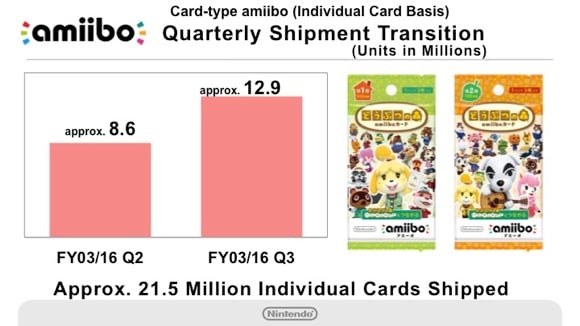 Nintendo doesn’t need to increase production to Disney-like levels, but, as creator of some of the most puissant digital IPs ever, they can certainly outpace the bevy of generic merchandise which accompanies temporarily popular television shows. Given the iconic nature of their characters and the money that is to be made in what is, frankly, an underdeveloped market for them, it is surprising that they haven’t made their move sooner. Physical merchandise, as evidenced by amiibo, is one area which Nintendo can input minimal effort and significantly raise income in return. If they were to expand their reach beyond amiibo, there is reason to believe that it could prove popular and financially successful.

With the saturation of its IPs at quite possibly their weakest levels in at least a decade, Nintendo needs to expand its media footprint and provide other avenues for revenue if they are to stay afloat through a year which looks, at best, to be unfriendly towards sales, and if they are to succeed in sculpting an all-encompassing marketing strategy around the NX. The nascent nature of e-sports, the potential of television, and the untapped goldmine of physical merchandise are all reasons why Nintendo should seek to involve themselves in and properly utilize each market. These ventures could easily prove a balm for a Nintendo burned by critics and fans alike, greatly increasing the reach of their product while keeping their IPs always in the mind of their consumers and, therefore, producing new markets for their struggling console business. Effective utilization of their IPs beyond simply games and amiibo makes sense for Nintendo.