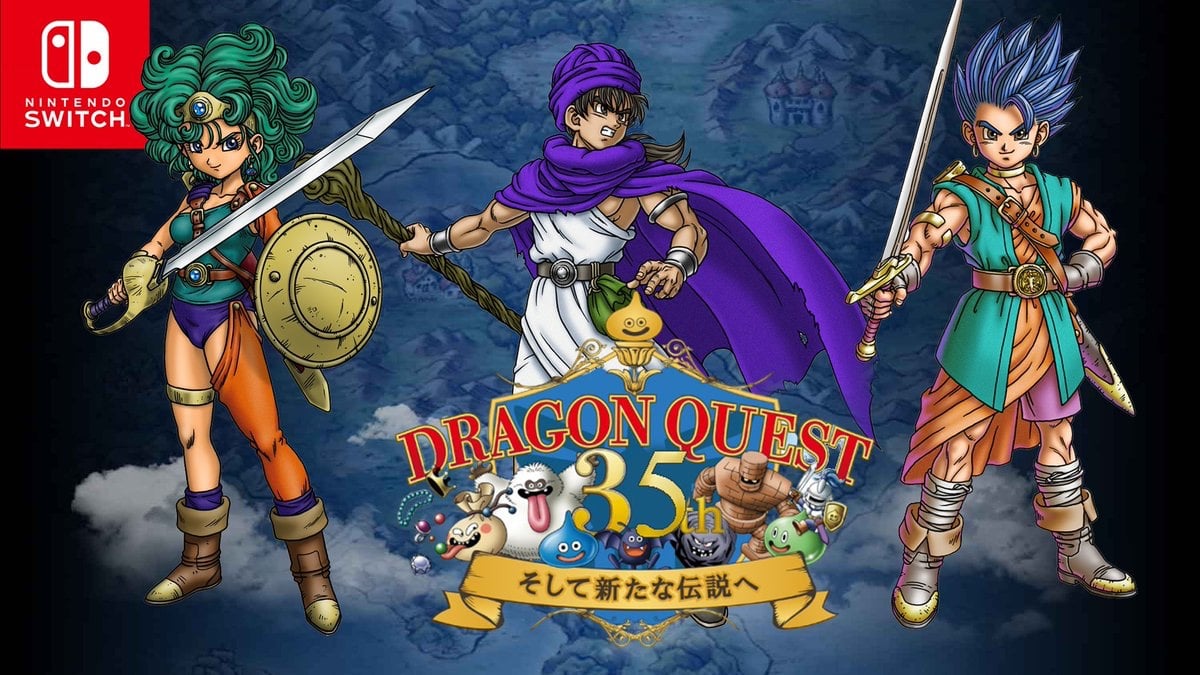 Every Announcement from the Dragon Quest 35th Anniversary Special

For years, western Dragon Quest fans have begged Square Enix to give Japan’s favorite roleplaying franchise a truly international presence. Hopes were raised high when the developer made the shock announcement that a livestream for the series’ 35th anniversary on May 26, 2021, would be broadcasted live with English interpretation. As the presentation aired, however, fans were met with a bit of a mixed bag. The show took the form of a talk show-style conversation between a host and series creator Yuji Horii, yet with English translation only provided on-the-spot by an admirably persistent yet clearly overwhelmed and overworked interpreter, it was often difficult to decipher exactly what was being said. That is not to mention that the first half of the show appears to be largely irrelevant to Western fans, considering that it focused primarily on games that have little to no chance of an international debut. Nonetheless, the livestream pointed to a promising future for the Dragon Quest series.

The first few announcements were most clearly targeted toward Japanese viewers, starting with the premiere of Dragon Quest Keshi Keshi, a mobile puzzle game that seems to welcome comparisons to classics like Panel de Pon. Its art style looks appealing and the gameplay loop appears to be a perfect fit for a portable timewaster, but whether it will or won’t come to the West remains to be seen. Dragon Quest mobile games have historically focused almost exclusively on the Japanese markets, meaning that an international launch does not seem incredibly likely at this time.

The same can be said for the following trailer revealing new updates for the MMO Dragon Quest X, a title that has infamously remained exclusive to its native country. While the trailers showed some seemingly exciting new content, salt was rubbed ever so vigorously in the wound when Square made the dreadful confirmation that “There are no plans for a worldwide release” of the new content for Dragon Quest X, effectively crushing any hopes that might be had for a western debut. Things weren’t looking good for Western audiences at this point in the show, to say the least.

However, the situation began to brighten with the announcement of Dragon Quest X Offline. As the name suggests, this title takes much of the same content from its MMO counterpart but turns it into a traditional single-player experience. It also features a new art style that bears similarities to the upcoming Pokemon Diamond and Pearl remakes thanks to its deformed characters. Its offline nature seemingly makes it a solid candidate for making the transition over to the West, but with no confirmation made during the presentation, the fate of this fascinating spinoff remains to be seen.

If western fans began to feel left out by this time, then the fourth announcement must have jolted them awake. Dragon Quest III, one of the most beloved entries in the long-running series, will be getting an all-new remake in the HD-2D style like Octopath Traveler. Simply put, this graphical style is a perfect fit for the old-school roleplaying paragon. Even if the debut trailer seemed to primarily include early development footage, it already looks wonderful and it will be exciting to see how it expands and improves over time. Horii even hinted at the possibility that the first two games in the franchise could get a similar remake, and even though he was prevented from spoiling much by an offstage buzzer (Japanese livestreams really are bizarre), the idea is already tantalizing. The HD-2D visual approach is a perfect match for retro remakes, so the potential for even more similar reimaginings down the line is effectively limitless (personally, my vote goes to Final Fantasy VI). Most importantly, Dragon Quest III’s remake was the first title of the show confirmed to receive a simultaneous worldwide release on “modern consoles”—most likely referring to Switch and PS4.

The penultimate announcement revealed a brand-new spinoff in the form of Dragon Quest Treasure, a new adventure starring fan-favorite characters Mia and Erik from Dragon Quest XI. Details are once again tough to come by with this one, but the developers teased that this would be a new kind of RPG–one presumably focused almost entirely on treasure if the title is to be believed. The graphical style and gameplay actions shown in the trailer seemed reminiscent of the Dragon Quest Builders games, so fans of those delightful titles might have another hit to enjoy with Treasure. Interestingly, although the trailer might have tricked some fans into thinking that this was a new entry to the Dragon Quest Monsters subseries, the developers confirmed that this is an entirely original game and that a separate Monsters title is on the way soon. Most importantly, the team confirmed that they are aiming for a simultaneous worldwide release.

The final showstopping reveal was both the most exciting and the most underwhelming. A brief teaser officially announcing the next mainline title in the franchise, Dragon Quest XII: Flames of Fate. On the one hand, this footage was under a minute long and barely revealed anything other than the game’s logo, an undeniably meager showing for such a major game that does little more than confirm that it is indeed on the way, in some form. On the other, the few details that were shown were truly tantalizing. The logo, showing a flaming “XII” transposed against the traditionally cheery Dragon Quest logo, reflected a darker turn for the series a “Dragon Quest for adults,” in Horii’s words. The creator even said that the series’ twelfth entry will feature a darker story focused on making difficult choices, along with a “changed” battle system—even if he would not confirm what those changes are. Details are understandably scarce at this point, as Horii refused to verify even the simplest details like its platforms or release date, but it will be fascinating to trace this title’s long and winding road toward an eventual worldwide release.

Although Dragon Quest’s 35th Anniversary Celebration clearly was not developed with Western audiences in mind, it nonetheless demonstrated a growing international focus for the series. The fact that Dragon Quest XII was confirmed for a simultaneous worldwide launch—a first for any mainline entry in the series—reflects that Square Enix is beginning to make serious moves toward turning their long Japan-centric franchise into a global property. It is especially telling that the developers emphasized that these worldwide launches would be simultaneous. Not only will players from all around the world get to experience these new titles, but they all hold equal priority for the publisher–no audience will receive special treatment over the others.

While it may be disappointing that titles like Dragon Quest X seem eternally off-limits for players beyond Japan, the future seems bright for non-native audiences. The ad-hoc translation may have made many moments of the presentation difficult if not impossible to parse (although the translator still did well given the insurmountable odds of the task at hand), but the core message was clear: Dragon Quest is here to stay on the world stage. Years of niche status on the international market are behind them now as Square Enix looks to celebrate the series’ past, present, and future with the slate of new titles announced in the livestream.