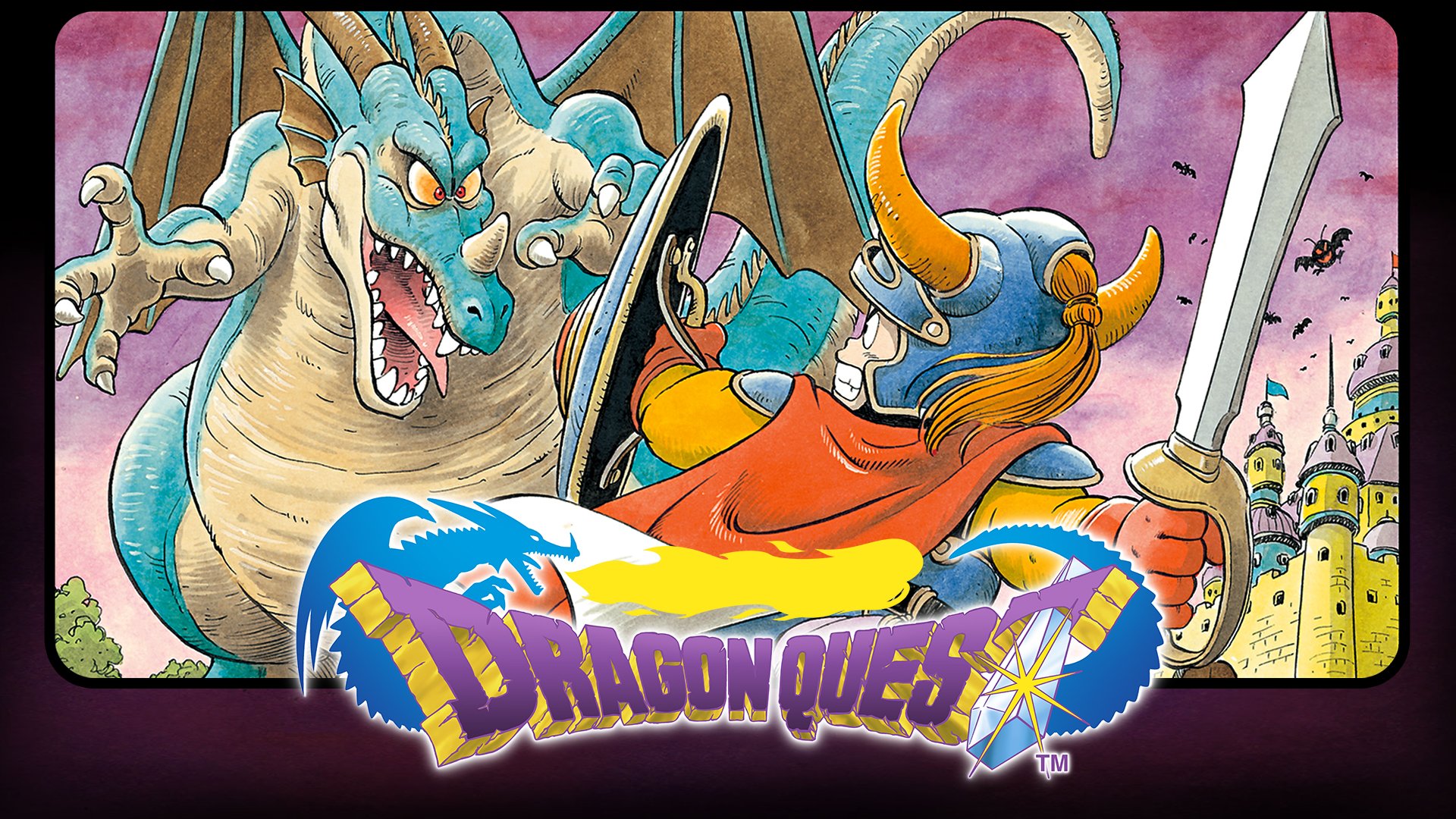 The original Dragon Quest on the NES can be an incredibly difficult game to revisit. As the game that more or less set the foundation for all future JRPGs, Dragon Quest naturally feels primitive in comparison. Grinding is an outright necessity, there are next to no boss fights, and dungeons emphasize maze-like exploration over puzzle solving. The game’s initial Japanese release even used a password system to maintain progress. It wouldn’t be until the game was localized as Dragon Warrior in the west where it would gain a proper save system. In spite of all this, the first Dragon Quest has a certain charm unlike anything else on the NES.

Dragon Quest, plain and simple, isn’t like other RPGs— even of its era. Combat has little depth beyond “attack and sometimes heal;” there’s no party system with the player instead exploring the world entirely on their own; and virtually every single area on the world map is open to the player as soon as they start the game. Dragon Quest doesn’t follow traditional JRPG rules, but there were no set rules on how to make a Famicom RPG in 1986. That Dragon Quest opts for a smaller scoped solo adventure allows players to better immerse themselves into the role of the Hero, if nothing else.

Which is something Dragon Quest pulls off better than both The Legend of Zelda and Final Fantasy. Even though players can name him, Link has a distinct enough design where he truly does feel like his own character. On the flipside, while the Warriors of Light are genuine blank slates, the fact they function as a group of four instead of a single character means that NPCs never directly speak to the player— only the party.

With Dragon Quest, however, the Hero is a blank slate who’s roped into dialogue at virtually every turn. NPCs aren’t monologuing into thin air, they’re talking to the player. The player is railroaded into saving the princess, but they can choose to side with the final boss at the end of the game for no reason other than pure curiosity. The story’s only real main arc revolves around the player proving their lineage as the descendant of a legendary hero. Dragon Quest caters itself towards the player’s experience in every sense.

This is a detail that translates right into the main script and helps give Alefgard a real personality. The King explicitly mentions his disappointment with the Hero when he dies in combat. The same characters who praise the hero for being Erdrick’s descendant lambast him if players dare speak to them without proof. The Hero physically needs to carry the princess back to the castle after rescuing her, but there’s unique dialogue after defeating the final boss while still holding her.

In many ways, these little distinctions are necessary for Dragon Quest to thrive. As an RPG, it’s far too simple for its own good. While Sleep does end up adding a layer of strategy to mid-game combat, the majority of the game will be spent mashing the Attack command at enemies. Not only because spells are best saved for when needed, but because of how important a role grinding plays. At the same time, it’s not as if Dragon Quest’s constant grinding is inherently a bad thing.

While yes, grinding is more often than not a way to pad out a game with filler, there’s a therapeutic quality to grinding in Dragon Quest. It’s low maintenance with just enough thrills where it can be quite a zen experience. It’s certainly time consuming, but it’s time spent grounding the player in Alefgard. Given how small the map is, it’s more than likely for players to gain an intimate understanding of the overworld in a single playthrough. Usually, RPG overworlds are large enough where most won’t even humor learning the overall geography, but Dragon Quest makes it simple.

And almost necessary considering how much backtracking there can be. To its credit, though, it’s the good kind of backtracking dictated more or less by players. Although moving further and further away from the starting castle triggers stronger enemies to appear, the player really can go just about anywhere right at the beginning of the game. Enemies will massacre them with little to no effort, but it’s not difficult to find the three major relics in any order. It’s even possible to hold off saving the princess until the very end of the game.

This is also to say nothing of what Dragon Quest offers from a pure gameplay experience. While battles are incredibly simple, stat numbers are grounded to the point where every little point of damage makes a difference. There’s a thrill to underestimating an Axe Knight, barely surviving, and then landing a critical hit that kills him in one swoop. The occasional Goldman and Metal Slime go a long way in adding a level of excitement to the Dragon Quest grind. If it’s going to be mandatory, why shouldn’t it be potentially interesting?

Battles are made even better by Dragon Quest’s dynamic first person perspective. Upon entering a random battle, a new in-game window pops up depicting an enemy with a lush background behind them. Toriyama’s art design is already a massive boon to the game’s aesthetic, but depicting backgrounds in-battle helps better present Alefgard as an actual, living world— something very few NES RPGs went through the effort of doing.

Even dungeons manage to be compelling in their simplicity. Players need to rely on torches early on to see anything inside of caves. The fact that light slowly dims over time can force players to rush for the exit as darkness creeps in around them. Dragon Quest is a game that’s more than comfortable leaving players to rot in a pitch black dungeon. It’s an RPG that emphasized the importance of preparation without needing to make it a constant game mechanic.

Healing magic ends up replacing herbs, Radiant makes torches useless, and Return ensures that players never need to waste an inventory slot on a Warp Wing. At the same time, healing magic is the most reliable way to heal so players might want to stock up on torches and Warp Wings anyways just to save MP. There isn’t much depth at play, but a fair bit of thought does go into the moment to moment gameplay.

At its core, Dragon Quest is a game that never out-stays its welcome. It’ll be a challenging title for fans of the genre to experience, but it’s one that can take players back to 1986, when Final Fantasy was still an entire year away and the JRPG genre was in its infancy. Dragon Quest doesn’t humor the player, but emotionally involves them in the world of the game. Even as time moves further away May 27, 1986, Dragon Quest doesn’t feel dated. It certainly shows its age, but it has an elegance that only the best of games can boast. Even today, Dragon Quest is one of a kind.