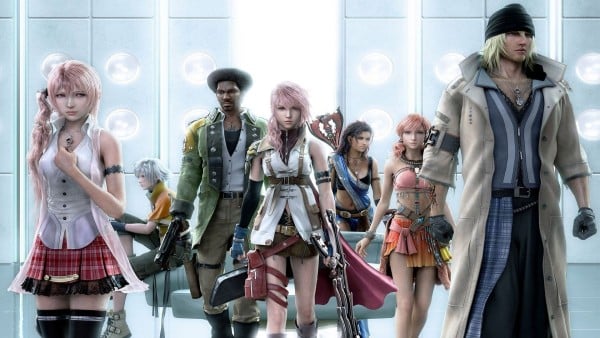 The genre of games known as the Japanese Role-Playing Game (JRPG) has been a dominant force within the gaming industry for over 30 years now. While essentially a version of the RPG genre from Japan, it grew to be so much more than that to the thousands of gamers who fell down the metaphorical rabbit-hole into the Japanese imagination. Cue the consistently silent, wild-haired protagonists, tragic romance, and heart-breaking plot developments that have become synonymous with the genre.

Many have differing views on JRPGs, some people seeing them as an awe-inspiring adventure through a series of fantastical lands, while others, a confusing fever-dream. However, it is impossible to deny the impact that this certain type of game has had upon the entire medium. JRPGs have ebbed in their popularity in recent years, and one can’t help but imagine the crescendoing symphonic orchestra accompanying the fall of the front-of-the-shelf titles to the bargain bins. It really seems as if the late 1990s to the early 2000s was the golden age for the genre with classics such as the epic Final Fantasy VII, as well as fantastic titles such as Legend of Zelda: Majora’s Mask. After a period of seemingly slim pickings for JRPG fans in the late 2000s to the early 2010s, 2016 seems to be the promised year for the genre once more, with so many new games being announced. Particular titles of note include Ni No Kuni II, Persona 5, and even Fire Emblem: Fates. Only time will tell if this signifies another burst of JRPG releases in the years to come.

The JRPG genre has its roots in the late 1970s but it wasn’t until the late 1980s when the genre saw a sudden surge in popularity as landmark titles such as Dragon Quest and Final Fantasy made their way to Western shores. An exotic break-away from classic Western RPGs, companies such as Squaresoft, and Enix, whom would later conglomerate to become Square-Enix, played a massive role in popularizing the medium.

Upon thinking about why these games were so successful, it becomes clear that there are certain similar aspects of these games that can be attributed to their success: The content poured into each game was incredible and was enough to keep anybody preoccupied for months, if not years. This was the point in the lifetime of JRPGs where it didn’t matter either. It was fully expected for a gamer to pump 100+ hours of their life into pushing a character the size of a couple of pixels around a world that looks like it was created entirely using a two-tone colour palette, and it would not sway them from their purpose. The pacing of the game was reasonable and allowed the player to become well-versed in each aspect of the game before it threw you into something new. The amount of content was acceptable because the design of the games made sense. It never expected the player to suddenly become used to an un-introduced feature.

2. The most crucial component of the genre, fantastic characters More often than not, the plot of the games themselves were long-winded and implausible at best. However, the characters are so individual and ‘alive’ in everything they say and do, it’s a struggle to find fault in their design. The characters of early JRPGs were each special unique snowflakes in their art and their motivations. There was a time when each character had such a deep development that their morals, values, attitudes, and beliefs were all identified to the player. The protagonist was usually silent in order to allow the player to impart their own emotions onto the character in order to enrich their involvement within the game. To counter-act this silence, the enhanced development of the supporting characters was essential in developing a close player-character connection. The extent of each game’s success in attempting to achieve this link varies, but the successful games find that their game is not only remembered more fondly but also the morals within the game will have a stronger effect upon the player. The gameplay of original JRPGs were fantastic. There was a good understanding of the fact that the gameplay, sensibly, makes the game playable. While a considerable amount of these games were turn-based in their formula such as Pokémon, games like Legend of Zelda: A Link to the Past express this well in their simple but responsive combat, a factor that makes confronting enemies enjoyable.

It is these aspects that make these older JRPGs so successful. Unfortunately, it is also the attempts of the newer games to emulate and improve upon these factors that has ultimately lead to their failure.

Then came the late 2000s to the early 2010s. While there were definitely still JRPGs being released into the market, there is a considerable decrease in the amount of games that the community can safely proclaim as being ‘well-loved’ by all. The successful games from this ‘era’ that have attracted ‘cult’ followings largely owe this to their idiosyncrasy from the norm.

This can be attributed to a certain range of factors. When looking at direct contrasts between the ‘90s to the 2000s, it becomes clear what some of these are:

1. A continued effort to produce an over-abundance of content within these games, with little to none of the original charm Unfortunately, these later iterations failed to prevail against the greatest disappointment of all, monotony. Whether it be game systems, or complex mini-games, some JRPGs shove as much content as possible into the game in order to elongate play-time, at great risk of being tedious. Many of these games failed to understand that ‘kill x amount of y monsters’ and ‘Help find my brother/sister/mother/father/pet/lunch quests’ are not enjoyable. They are the bane of the genre that force you to waste your time back-tracking through areas that are lifeless and boring in order to gain a reward that is purchasable in the next town for a small fee anyways.

2. Use of character tropes While characters are an essential part of creating an enjoyable JRPG, it is entirely ineffective if every character in the game is a re-hash of an old game character that was successful at the time. The character was successful at the time probably due to the fact that s/he was unique and interesting. By this point, it is almost a given that a JRPG will include an innocent, naïve protagonist, a jaded man wearing glasses, a younger sister figure and a strong, burly man or woman whose intelligence is consistently in question. Each of these characters will have different hair colors, ranging from obnoxious green to hot pink. The villain will have an androgynous tone and will wear such a radical costume that there is never any doubt to his evil. Because fashionable people can never be evil. A questionable message to put forward.

3. The inclusion of hopelessly complex game systems designed to ‘set the game apart from the rest’ There is nothing worse than being 20 – 30 hours through a game and still being force-fed tutorials about aspects of the game you’re yet unfamiliar with. The idea is to introduce the players to the systems used early on and then allow them to develop their understanding of the nuances of the game. It is NOT to slam forty pages of solid text explaining an alchemical crafting system in front of the player and expect them to have the patience to accept it. A further frustration in this is if the combat system of the game is particularly complex. If a gamer struggles to understand how to play the game, they will also likely struggle to understand how to enjoy the game.

It may be an over-simplification of the times to divide the success of JRPGs into two distinct time periods. After all, many good JRPGs were released in the late 2000s and early 2010s such as Persona 4 and Ni No Kuni. However, there is a clear trend to be observed in the concentration of ‘well-received’ games by the community within these times and the prevalence of annoying factors such as these described here.

The next few years seem to be filled with many promising JRPG titles, mostly continuations of well-founded series. The headline act of 2016 is occupied by the next iteration of the most successful JRPG of them all, Final Fantasy XV. Accompanying this is Persona 5, the fifth iteration of a series that in some gamers’ opinion, is superior in its dramatic story-telling and character development. Furthermore, there is the long-awaited Fire Emblem: Fates (for PAL regions anyways), Ni No Kuni II, Bravely Second: End Layer, Dark Souls III, and (perhaps) Kingdom Hearts III to name but a few.

Dark Souls III, in particular is a further continuation of From Software’s ultra-hard frustration-athon. While lacking in heavy character development, it creates such an ominous atmosphere that one can’t ignore the beauty of its design and its rich lore to be discovered. It is exciting times for JRPG fans as developers seek to concrete their game’s own unique style within the continuations of their series. While only time will tell as to whether or not these games will fill the void in many gamers’ hearts for a pure JRPG, there will certainly be enough content to be kept busy for a long while.

Japanese role-playing games are to video games, what fantasy is to books. It is clear from the very beginning if it is a good one or not. They are, more often than not, two times as large as the rest. And they will be accompanied by six further iterations to create a lore that even three hours spent poring over the Wiki page won’t help to decipher.

When somebody said a new JRPG was coming out, it used to mean something. It used to signal the coming of an emotional rollercoaster that would leave you physically and mentally drained with an inbox full of emails from concerned friends and family. Recently, it felt like it lost that meaning. There is hope now however, that the coming years will bring that back. For better or for worse.

The Future For The UK Gaming Industry Post-Brexit

A Chat with SomaSim About ‘Project Highrise’

Marcus Caravella, a self-proclaimed 'gamer' whom is atrocious at any game that requires actual skill. Loves anything turn-based or role-playing. Needless to say, most-loved genre is turn-based RPG. From Perth, Western Australia, he prefers to spell words like favourite and colour exactly how they should be spelt.