It’s been almost a decade and a half since the last numbered Dragon Quest title graced a home console internationally. Dragon Quest IX was a 3DS exclusive, the proceeding Dragon Quest X was an Asia-exclusive MMO, and now Dragon Quest XI: Echoes of an Elusive Age brings the franchise back to its origins as a single player, console-focused, RPG. The first couple of hours in any RPG can give you a good taste of what to expect on your journey. Story and character growth can take days of playing, but gameplay can often be broken down within a few hours, and Dragon Quest XI is no exception.

Dragon Quest thrives off simplicity. Its structure is unchanging, and its mechanics are slow to evolve. It’s like the vanilla ice cream of video games, and is often a point of contention on whether or not you’ll like the franchise. In an age where Final Fantasy has to reinvent itself almost every year, and franchises like Shin Megami Tensei and Tales find themselves retooling mechanics, Dragon Quest XI sticks to the same formula it’s used since the 1980s. And why shouldn’t it? Plenty of JRPGs can thank Dragon Quest for helping to pave the way for console RPGs. As the saying goes, “If it ain’t broke; don’t fix it,” and nowhere is this more prevalent than in the game’s art direction. 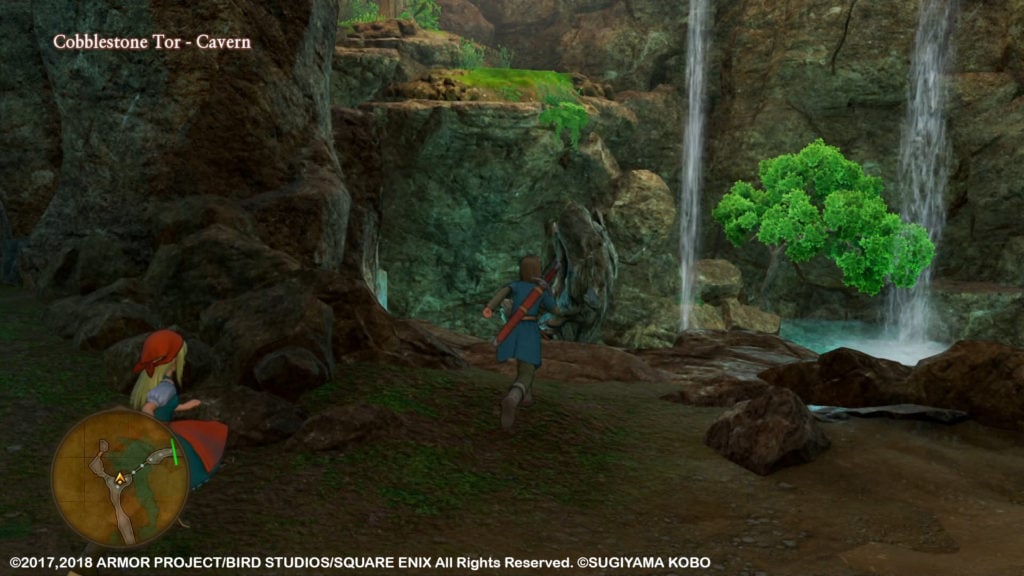 Akira Toriyama has been working as the lead character and monster designer for the franchise since its days back on the NES, and each new game is another step forward in adapting his signature style into the franchise’s visual assets. It’s only natural for a series’ graphics to improve with each new console generation, but the step in quality from Dragon Quest VIII to XI is impressive. The jump to HD makes colors pop, and brings the cartoony monsters and NPCs to life in a way that that the older pixelated sprites and models of previous games could only dream of. Forests are lush shades of green, blue, and purple, with detailed foliage everywhere. Caves and dungeons are dark and dank, shadowed hallways illuminated by dim orange torches. The attention to detail on every stone step, every marble tile, and each cobblestone pathway is a sight to behold, and brings out the best in Dragon Quest XI’s colorful pallet. In an era of hyper-realistic games like Final Fantasy XV and stylized exaggeration like in Persona 5, it’s nice to have a game that hits the middle ground.

Combat is pretty standard for a turn-based RPG. Your party and the enemies you encounter take turns trading blows, and you can shift the battle to your favor by making proper use of skills that exploit weaknesses. Some enemies take more damage from elemental attacks, while others take more damage from skills specifically designed to counter them. Characters learn skills by leveling up, and can gain access to specialized skills through a user-friendly tech tree system. If at any point you find yourself unsatisfied with a skill set, you can have the points you’ve invested in it refunded for a small fee to try out a different build. It encourages experimentation, and allows you to retool as needed for areas with specific enemy types. 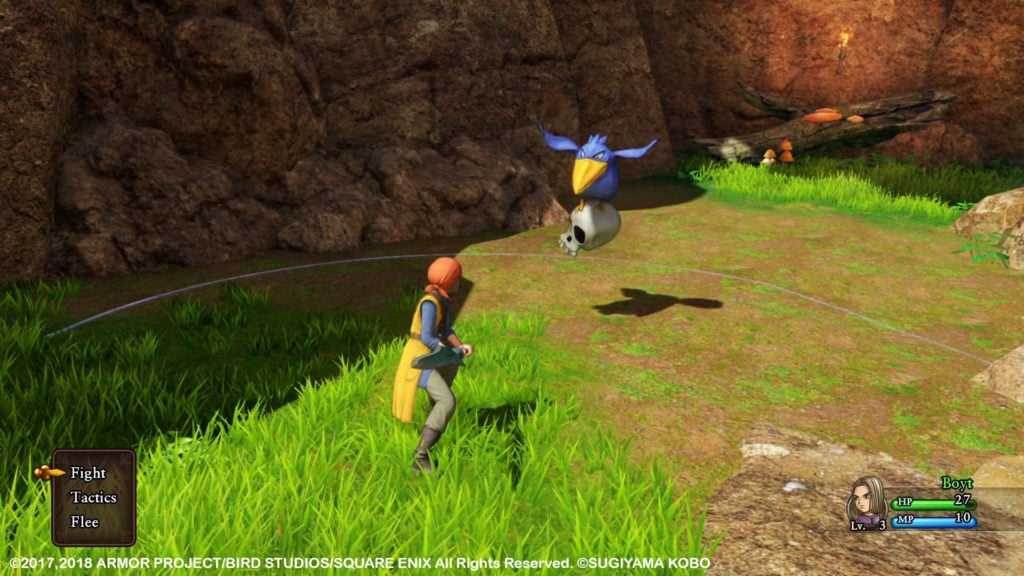 Dragon Quest XI throws a few curve balls when it comes to story. The game starts out with the same formula as many other Dragon Quest titles: You’re a chosen youth who must defeat the Darklord. But within the first hour it breaks from tradition and turns you into the enemy of the kingdom under yet-to-be-explained pretenses. Avoiding the law and uncovering the reasoning behind everyone’s hatred of you is just as important as your quest to vanquish evil, and in some instances takes priority over it. You end up solving plenty of other cases on your journey, and help out those in need despite their initial distrust of you. It adds a lot of personality to the game, and talking to otherwise unimportant NPCs does a lot in terms of world building. 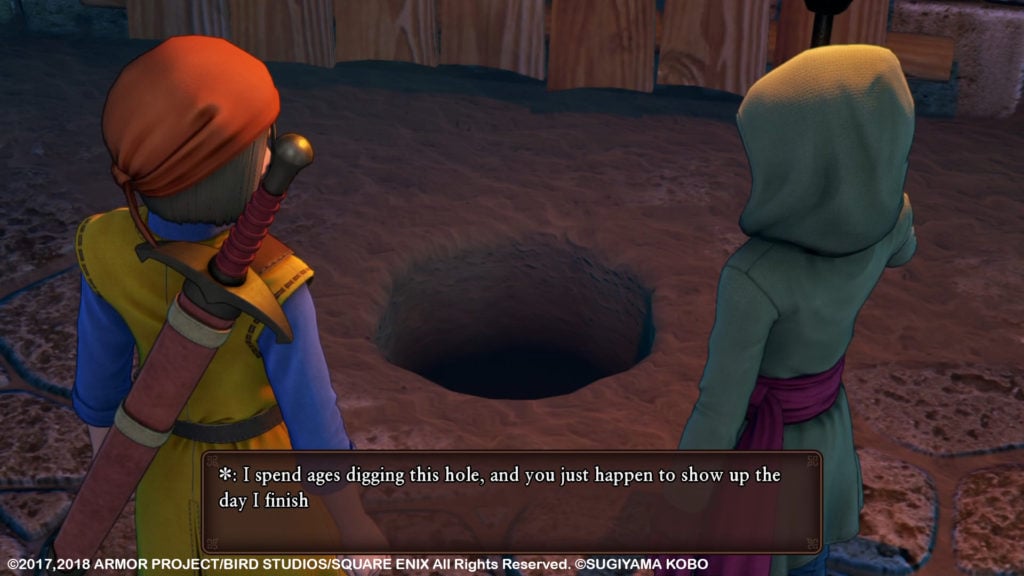 There are still many avenues to explore in the Dragon Quest XI, side-quests to be done, mini-games to be played, and extra dungeons and areas to explore. Echoes of an Elusive Age makes a bold and enjoyable first impression, and hopefully it retains its excellent pacing and visuals well into the end-game. Make sure to check back later this month for our full review of Dragon Quest XI: Echoes of an Elusive Age which will cover these aspects in a more in-depth manner.