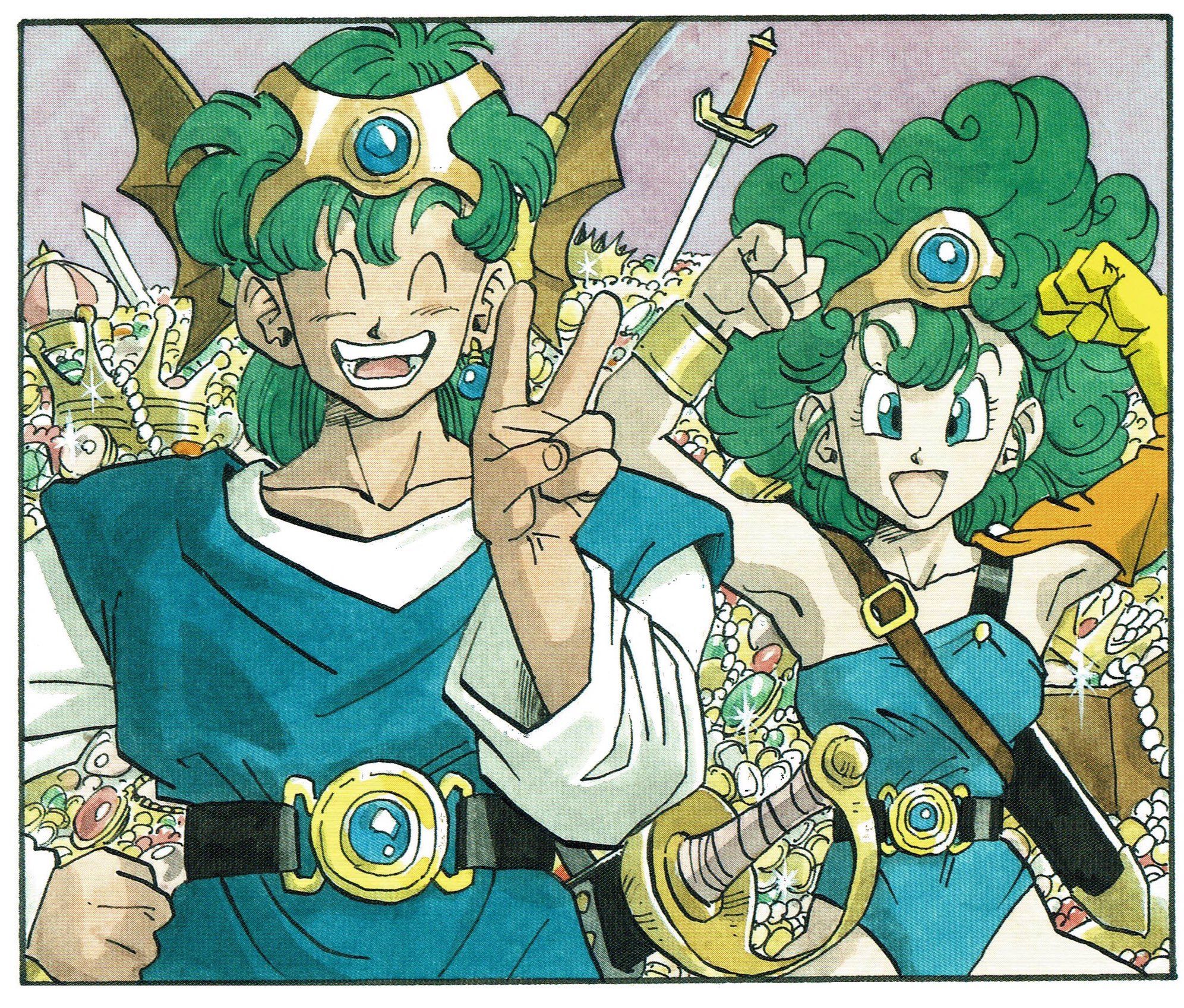 The first three Dragon Quest games don’t just logically build off one another in terms of gameplay development, they also share an overarching narrative— albeit loose and mainly connected by themes and geography. Part of what ultimately made the third game so monumental was the fact that, three games in, Dragon Quest had pulled off crafting an entire history for the franchise, filled with familiar faces, recognizable locations, gripping lore, and simple to digest gameplay that was still rewarding. Dragon Quest was the Roto Trilogy for three games straight. Then it suddenly wasn’t.

Considering the DS and iOS remakes feature a prologue chapter where the Hero is playable out the gate, it can be easy to overlook how big of a shift Dragon Quest IV was meant to be. Each game up to this point began with players taking control of their main character— that was simply true of any game at the time. In the Famicom and NES release, however, Chapter 1 began not with audiences controlling their Hero, but someone who distinctly was not the protagonist— Ragnar McRyan. Ragnar isn’t even on the cover of the Famicom box art, the Hero is.

Dragon Quest IV doesn’t even make it clear why this structure is important. Chapter 1 actually sets the tone for the game rather well, but mainly in hindsight. It can be difficult to figure out what’s actually important and what’s just flavor dressing. At the same time, that is the point of this style of structure. Dragon Quest IV offered something few console RPGs at the time could: a character-driven story. Albeit not in a way that’s necessarily ideal. Heroes in Dragon Quest games have always been silent up to this point, something IV does not ignore. As character-driven as the plot may be, there’s little dialogue to move things along.

Which doesn’t actually end up mattering in the grand scheme of things, surprisingly. The story is certainly character-driven in a way other games at the time weren’t, but its insistence on silent protagonists not only keeps the pace brisk, it ensures that the main script is mostly just relevant information. To a modern audience, the party will lack in personality, but there are enough character beats to help elevate IV’s main cast above other parties from its era. More importantly, the slight change of character every few hours helps keep Dragon Quest IV from feeling stale.

The first three games all share a very similar gameplay loop. Grind for a bit, get to the next town/dungeon, hit a wall, rinse, repeat. Dragon Quest III breaks away from the mold the most by better balancing its grinding into its loop (whereas II struggled immensely to find a satisfying rhythm, boiling down into “Grinding: The RPG” at times.) While the episodic nature of the fourth game might give players the impression that they need to grind every time they gain a new party member, Chapters usually have their own unique gimmicks or mechanics in place to make sure this isn’t the case.

Ragnar is plenty strong as is and Healie offers him dedicated healing that he might not even need; Alena comes with a full(ish) party with access to both offensive and defensive magic; Torneko has a high item drop rate, can hire NPCs as part of his party, and has a shop where he can make an absurd amount of money; and Meena & Maya are designed to play off each other both physically and magically, making them a more-than-competent duo.

More importantly, Dragon Quest party members up to this point always joined at level 1. This approach allowed audiences the opportunity to organically build their party over the course of the game.

While the simple approach would be to feature party members with fixed levels once they join the party, this method does allow audiences to more deeply connect with their entire party, not just the Hero. Characters may not speak, but they don’t need to. Someone like Alena has her party speak for her, and characters like Ragnar and Torneko have clear enough goals where they only really need to be spoken to. Maya and Meena should logically speak more than they do, but the fact they speak in their chapter at all helps separate them from other characters.

The chapter structure also allows Dragon Quest IV to better convey a passage of time. Each chapter builds off the last, ultimately culminating in control finally being handed over to the Hero. The story is gradually unfolding in the background, slowly rising in tension, setting the stage for the Hero’s introduction. Playing as the main character is a given in any game, but Dragon Quest IV turns it into a proper event. By Chapter 5, the game more or less plays out like a traditional Dragon Quest game, but the series’ established iconography is gone.

Roto (Erdrick) isn’t even a presence, the overworld is completely different, and all the lore is brand new. Were it not for Toriyama’s art design, DQIV would have little in common with the first three games. Even when Dragon Quest IV becomes more traditional, it doesn’t become conventional.

Doubly so in the Famicom/NES original where Chapter 5 removed party control. Players can only take direct control of the Hero, relying instead on tactics to manage the party. The lack of complete party control is difficult to stomach in any game, and perhaps worse so in a turn-based RPG. At the same time, it’s a unique concept that gives DQIV a certain charm that other Famicom RPGs don’t have.

It’s understandable why party control was added to IV’s remakes, but such a mechanic does have its merit. Not only does it add a deeper layer of complexity to combat, but it also helps better immerse players into the role of the Hero specifically. After playing through four chapters as other characters, players weren’t going to have as intimate a connection with their main character as in earlier Dragon Quest titles. The lack of party control forces that connectivity for better or worse. It’s certainly an unconventional approach to combat, but the video game medium can connect with audiences on a more intimate level than other mediums. Why shouldn’t it try?

Perhaps most importantly, Dragon Quest IV’s unconventional approach to game design not only gave it’s series greater depth but the medium as a whole. Formulas exist for a reason, and it’s only natural developers try to refine their ideas over the course of multiple sequels. Just as well, it’s important to recognize when it’s time to move on and experiment— not just when, but how, as well. Dragon Quest IV’s changes to the formula may be unconventional, but they make sense.

An episodic plot leads to a better-paced story with active build-up. Playing as new characters every chapter gives audiences the chance to appreciate their entire party on a fuller scale. Keeping the Hero away from the plot for so long better helps contextualize the player’s role in the world, leading to deeper immersion— especially alongside the original release’s lack of party control. There’s no right or wrong way to approach a sequel, but Dragon Quest IV makes a compelling case for the unconventional.