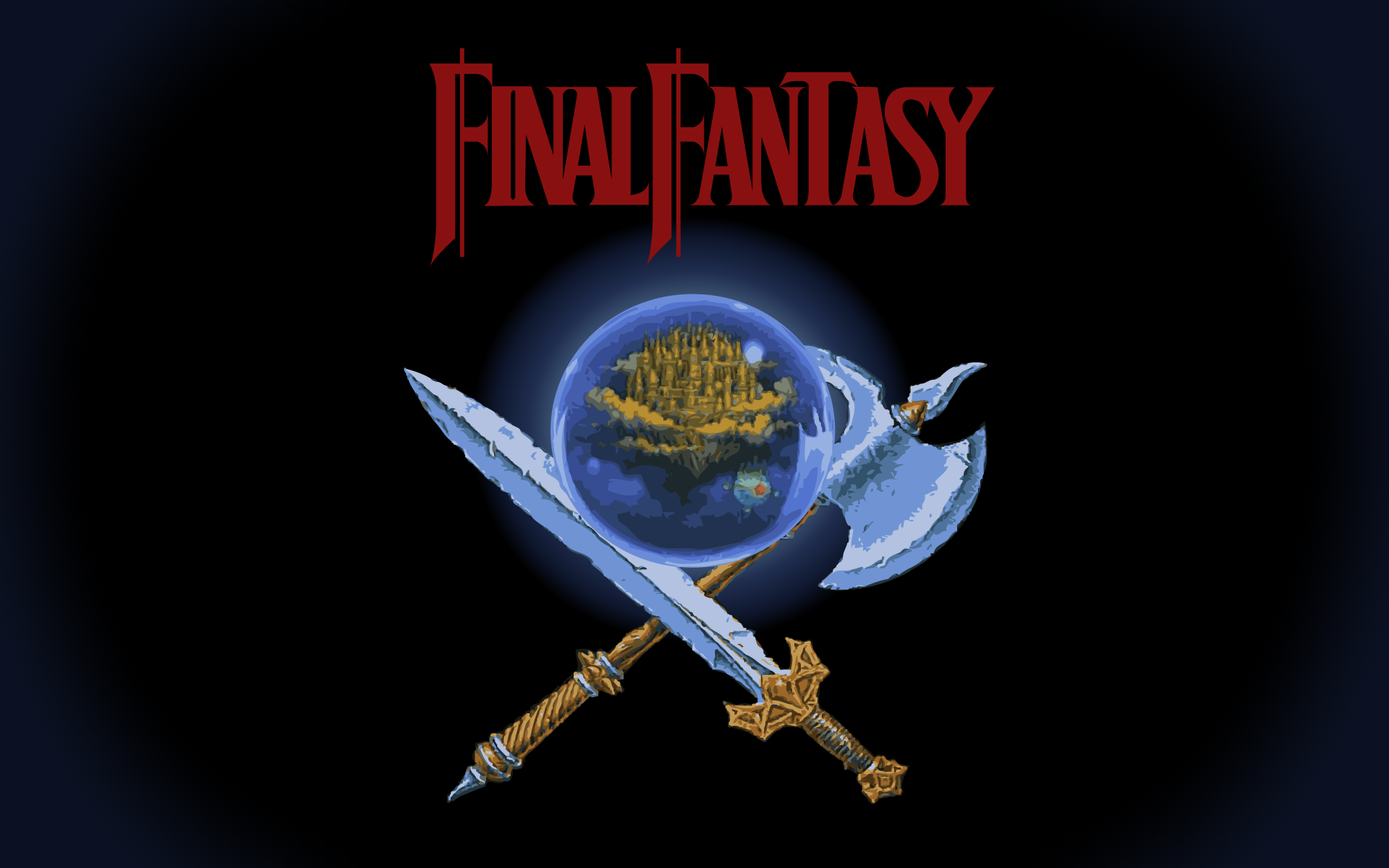 Imagine, if you will, a Final Fantasy game without Cid, moogles, or even chocobos. Why, you might think that such a thing could and should not exist outside of maybe a spin off. Yet, before Lightning, Tidus, and Cloud, there were the Light Warriors. These four nameless characters from humble beginnings would go on to save the world of the original Final Fantasy and in the process change the course of gaming history. 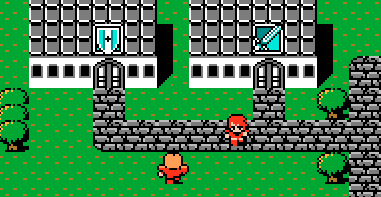 Originally released for the Famicom on December 18, 1987, Final Fantasy was a last ditch effort by then-failing Square to stay afloat. Created by Hironobu Sakaguchi — who would have a hand in creating every mainline entry through Final Fantasy XI — the game drew from releases like Dragon Quest and Ultima to deliver a rich RPG unlike anything the world had seen before. 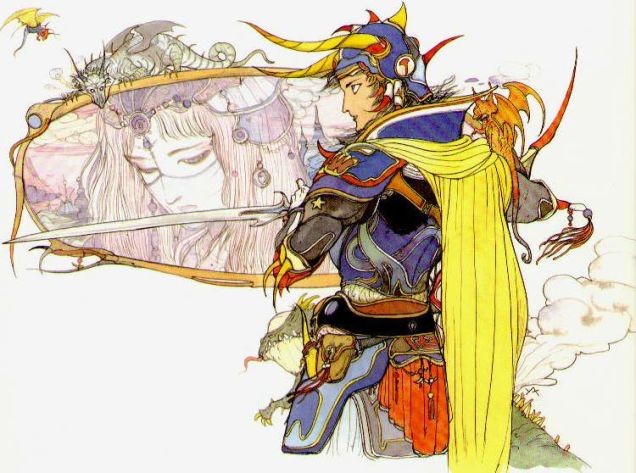 Starting off, the player gets to make a choice of which classes they want each of the four Light Warriors to start off as, and then name each one a four-letter name. The player chooses between the warrior, thief, red mage, monk, white mage, or black mage, and can choose to have multiples of any class. If released today, the box art would surely boast that this choice could result in 126 unique team combinations. 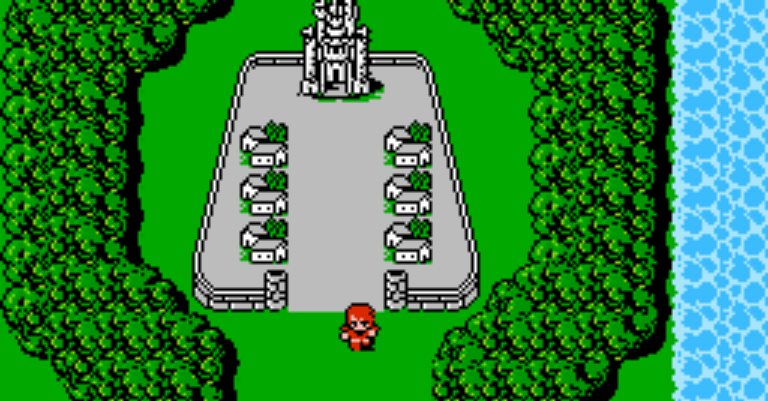 After choosing either a balanced team or four white mages, the player sets off into a difficult world of dungeons, grinding and gil. The warriors are tasked with collecting the four orbs, and defeating Garland and the Four Fiends. Lich, Kary, Kraken and Tiamat, the Four Fiends, are powerful bosses with different abilities designed to inhibit the player’s progress. After defeating them, the player assembles the orbs, opening a portal to 2000 years in the past. There, the player encounters Chaos, the resurrected body of Garland that the Four Fiends created. Chaos is also the creator of the Four Fiends, so call Doc Brown to explain that one. After a trying battle with the godlike creature, the world is made right again. 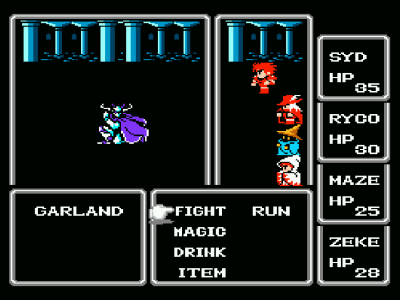 Many of the series main elements were present from this first outing. The different classes’ appearances, for example, are still used today in various spin-off titles today. A white mage has a white and red robe, and a black mage has a blue robe with a pointed hat. Everything looks the way you would expect it to if you have ever invested time in the series. The iconic music is also present, with many of Nobuo Uematsu’s tunes being written for the first entry. Prelude, the Victory Fanfare and the Main Theme, among others, would come back time and time again. 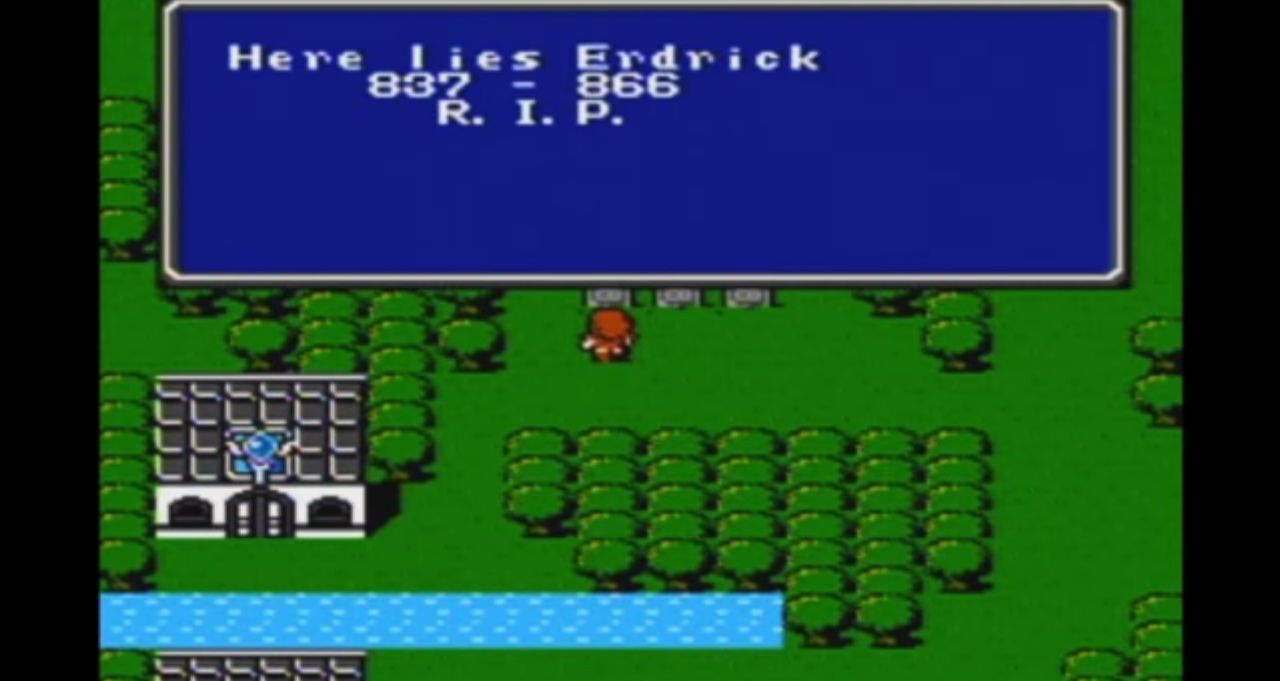 The setting is basic medieval Dungeons & Dragons-style fantasy, and the characters are magical heroes destined to save the world, but it never feels tired. Players may grind waves of enemies, do fetch quests, and learn spells, but it never feels boring. Fight after fight, gaining experience all in the pursuit of creating a heroic team. There are no quick time events or cut scenes, the story is minimal, the choices available are limited and the main characters never speak, but there is something refreshing about this simplicity. Final Fantasy is formulaic, but it wrote the formula, a monumental formula.

So why pick up a 28 year old game, released the same year that Robocop was in theaters, when you have the option of playing a shiny new RPG? Well, Final Fantasy might seem outdated, but it truly holds up. The game has been re-released on at least 13 different consoles, the latest as recently as last year on the 3DS. That is because it is a story worth re-telling, and an adventure worth taking. From the king’s court to the end credits, Final Fantasy is a video game that helped to prove that the medium could be so much more than jumping and running. Without this classic gem we would not have many of the innovations in games we have today, but the game does not belong in a museum. Final Fantasy belongs in the hands of every gamer that loves adventure so that the legacy can live on, and the fantasy can be anything but final.