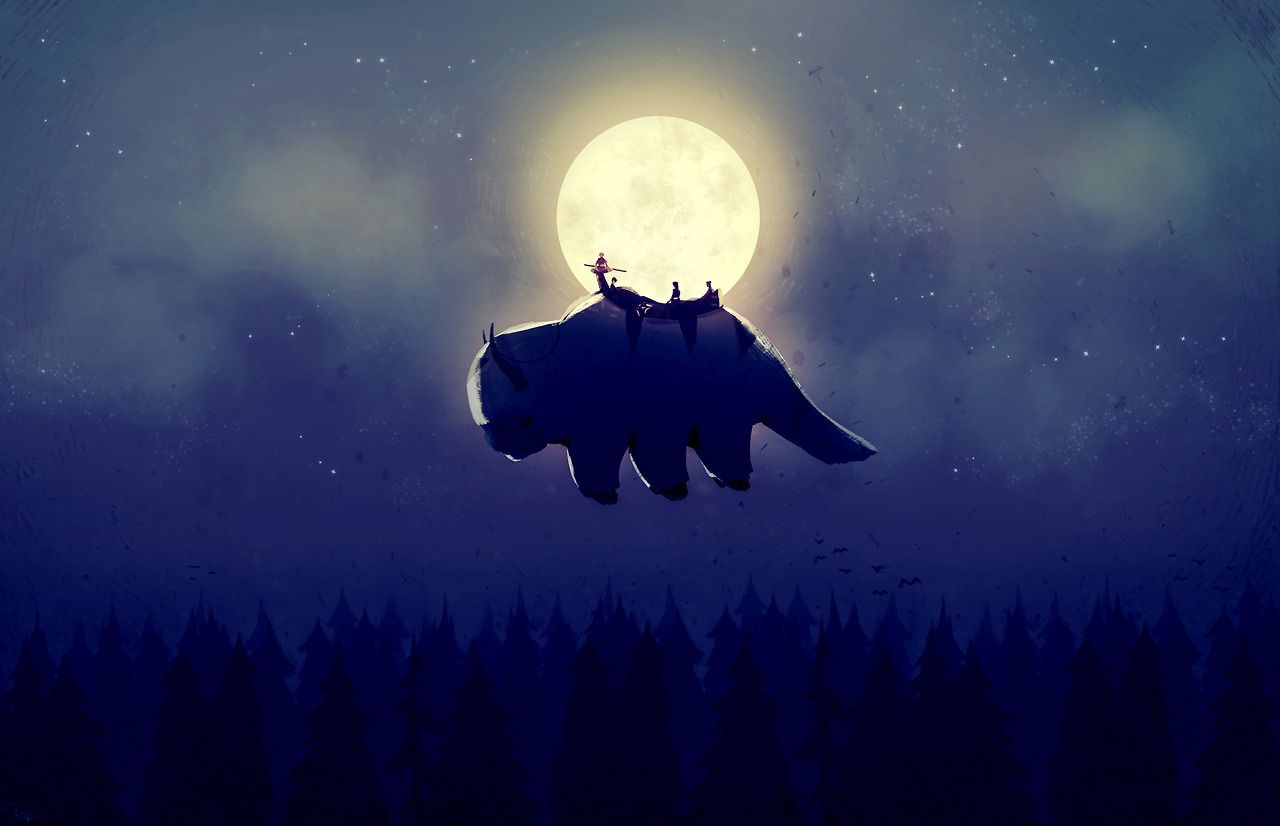 2020 has arguably been the best year for Avatar: The Last Airbender and The Legend of Korra fans ever since the ladder had first started airing live on Nickelodeon. Thanks to the skyrocketing popularity of both shows after making their way to Netflix, companies have been pumping out incredible Avatar universe related merchandise from every area of the four nations. Choosing gifts for friends, family, or that special someone during the holiday season is always as difficult as mastering the elements or unlocking chakras, but luckily for any fan of Aang, Korra, and the rest of the gang’s adventures, there are plenty of amazing gifts- both inexpensive and costly- that you can currently grab before its too late.

Ramen and Rewatch Anyone?

Fun.com may be waiting a bit too early on Netflix’s brand new live-action remake of Book 1: Water, but they definitely are ready for some ramen and rewatches before then. These bright colored ramen bowls not only don the symbols and colors of their respective nations, but they even come bundled with appropriately colored chopsticks to keep up with their own consistency. While each individual nation bowl will retail for $19.99, you can currently order a package of all four for a discounted price of $74.99. Just be sure not to chug down your entire dish like Bolin and Pabu or you will be eating more than a sewer pipe elephant rat could engulf in a sitting.

Does it matter if it comes in a porcelain or tin cup? As long as it is the best tea from Ba Sing Se it will do. There is no need to smash a wooden table and throw fire everywhere with this particular gift set. What every Avatar fan could use is a nice calm warming cup of Jin Sang Tea before some scheduled meditation. Fun.com will begin selling an exclusive teapot and cup inspired by the Dragon of the West’s famous Eart Kingdom shop the Jasmine Dragon on December 18th. The set featuring Uncle Iroh will cost $29.99 on the website and will come with both the teacup and pot depicted above. For those also looking for a more traditional themed coffee mug, Fun will be offering an adorable sculpted Appa piece for $17.99 that may just pique your interest.

While an airbender like Guru Laghima may be able to keep their feet off the ground for a lifetime, what every human could use is a cozy pair of socks! There are dozens of different designs to currently choose from across multiple retailers when it comes to Avatar-related footwear, but if you are unsure which element-based gift you want to purchase you can always go with Fun.com’s four-pack of crew socks that is priced at $16.99 (as seen above). If you are looking for a design less noticeable, however, BoxLunch has some individual wears up for grabs that will satisfy all your needs as their exclusive pairs for sale are less flashy and more natural. These socks especially go great with fancier footwear as they can be utilized for dress shoes due to their thinness.

Who would not want a sky bison as their best friend? While official Appa plushes are extremely hard to come by these days, one will soon be released that you can snuggle and sleep on. PillowPet is collaborating with Nickelodeon to bring Appa to the iconic brand of plush pillows. Like many other products from the company, Appa will be released in two different variations: Standard and Jumbo. The standard variation will cost $26.99 while the Jumbo edition will catch you $79.99. However, it is important to note that unlike every other product on this list the Appa PillowPet will not ship until February. If the person you are gifting the item to can withstand the two-month wait, they will certainly not be disappointed by this high-quality multi-functional plush!

For Those Living Up North

With the holidays revolving around the cold winter season for many, the temperature may not be as cold as the North Pole, but you still need to bundle up. BoxLunch has an acrylic holiday sweater design based on the original Avatar: The Last Airbender chibi shorts that aired in between books for $59.90. For those looking for some cheaper winter apparel, the bright blue Appa cuff beanie that goes for $13.23 is an inexpensive alternative that is guaranteed to fit snuggly on any user’s head. If you are looking for some clothing that covers below the waistline though, BoxLunch is currently selling pajama sleep pants with different designs for $17.43 a pop- the Appa & Momo is a personal favorite of mine.

It may not be the best time to enter a pro-bending arena or really any stadium, but like most sports fans you can always represent your teams where ever you go. Between most pop culture retailers, there are dozens of different Fire Ferret team merchandise pieces to choose from whether you are looking for pins, pants, or shirts. One of my personal favorite shirts you can grab for a friend comes from BoxLunch for a little under $22. This particular multi-colored Fire Ferret shirt has Bolin’s trusty pal Pabu hanging out of the shirt’s pocket. Meanwhile, Redbubble has plenty of decals, stickers, and posters to choose from if you are seeking collectibles to plaster on your laptop or room wall.

Dive Into The Action

Entertainment Earth, Hot Topic, BoxLunch, Target, and GameStop all have stocked up on the majority of Diamond Selects and Funko POP! Avatar: The Last Airbender and The Legend of Korra figures this holiday, but what many of these sites lack, are the former company’s incredible Aang and Katara PVC statues. These massive figures coming in at almost a foot tall are beautiful looking centerpieces that elegantly show off their dedicated user’s bending. While Katara is currently up for pre-order, the Avatar himself is a lot harder to come across as he has been available for quite some time now. BigBadToy Store has been restocking the collectible recently, however, I think your best current bet to grab him would be to either check Amazon or Entertainment Earth. Both statues will alter in price depending on the retailer you may pick them up from, but both tend to sell anywhere between $39.99 to $59.99.

One of BoxLunch’s most recent additions to their lineup of Avatar: The Last Airbender and The Legend of Korra merchandise is an Appa Faux Succulent Planter, but there is only one natural plant that can only fill the needs of many fans. The Cabbage Merchant has made his way into all sorts of products including pins, shirts, bottles, yet there is one hard to find item that outranks what you would typically find across the internet. The running gag actually has a Funko POP! figure dedicated to him and his trusty cabbage cart. This particular figure was a 2019 convention exclusive, however, it has been spotted on multiple occasions by customers perusing local GameStops. The character is currently available at the store’s website for $8.98, so grab him while you can before you end up in a tight spot worse than Omashu.

There are plenty of substantial graphic novels and standard books available that delve further into the Avatar universe. If you are buying one of these novels for someone who has never once dabbled into the older readings, the first book you may want to start with is ‘The Promise,’ a Dark Horse Comics storyline written by Avatar: The Last Airbender’s original creators that takes place seconds after the ending of the Sozin’s Comet finale. Alternatively, the big trilogy that answers many viewers’ questions to the finale is contained in the story arc known as ‘The Search‘ which focuses on Zuko and his missing mother. Both of these books recently received the soft-cover omnibus treatment and they are by far the cheapest and easiest ways of buying each narrative’s entire three-part collection. If you want to go the extra mile on your gift, however, there are some beautiful hardcover library editions readily available that contain extra art and development notes well-worth the extra few dollars.

For those perhaps looking for a longer read that has more than just speech bubbles and recognizable art, the entire trilogy has not been released yet, but the first two Avatar Kyoshi novels, ‘The Rise of Kyoshi’ and ‘The Shadow of Kyoshi,’ are well-worth checking out for any fan of the ruthless earthbender who lived long before Aang’s time. A fair warning to parents possibly picking up this series for younger audiences though, these books can get rather dark at times. If you were opposed to some of the deadly action in The Legend of Korra, you may want to remain slightly cautious depending on how mature the person you are buying this gift for is.

For more information on the Avatar: The Last Airbender and The Legend of Korra comics, you can read each of my retrospective articles on the two series to find out which books you should purchase that are currently available. For more articles on Nickelodeon’s most heartfelt world of benders and nonbenders, you can check out all of our posts right here at Goomba Stomp!