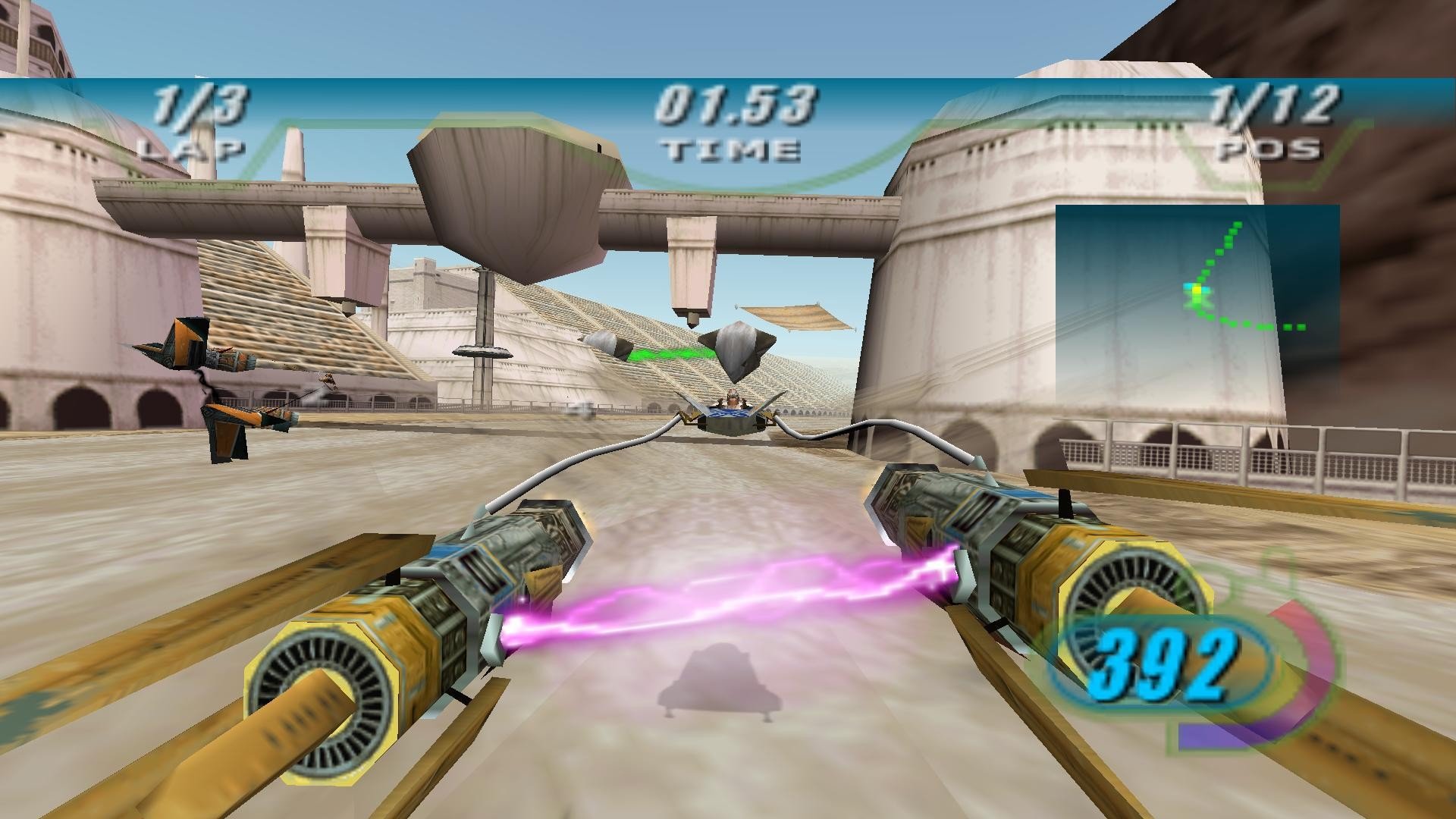 After being delayed hours before release due to unforeseen circumstances and then oddly missing in action for about a month, Aspyr’s latest port in their line of classic Star Wars games has finally received a surprise release. In the same vein as just about every other Star Wars title the studio has brought over to modern systems, Episode 1: Racer is exactly what you should expect from this company by now- and I absolutely cannot stress that enough as this game is just another upscaled release of a Lucasarts title. Aspyr has once again dropped off another bugless port of an arguably dated game on two current-generation systems that will delight those looking to re-experience a childhood favorite.

Should you expect a masterclass work of new art zooming out of one of these releases? Absolutely not, but for those fans wanting to return to some of their favorite nostalgic memories across the Star Wars universe, this release will be a good few hours or short minutes for a decent price. Star Wars Episode 1: Racer originally released in 1999 for the PC, was later ported to the Dreamcast, received a questionable portable GameBoy de-imagining, and finally sped over to the Nintendo 64 with a PlayStation release never making the light of day. The game has been notoriously known for being bundled with the Nintendo 64 and the expansion pak memory unit. It averaged mixed to generally positive reviews at the time of its release and it will likely do the exact same now. Once again, this is merely a port to modern systems- something that will fly well with some but not so much for new adopters.

There are three different tournaments of varying difficulties that reuse various iconic locations featured throughout the Star Wars universe in Episode 1: Racer. Two-player split-screen is as always an option for local couch co-op seekers and every cheat code from the original release is still intact on the name selection screen before you can start a save file. The gameplay is as simple as it ever was: you will go forward, break, speed boost, and repair your pod during gameplay when needed. Players can choose from a variety of different pods and characters before hitting each planet’s track along with customizing their ride to the best of their ability. Completing races results in two rewards: payment and, of course, the promise of new racers that were probably more well-known to Star Wars fans at the time of The Phantom Menace’s release. The chosen one Anakin Skywalker, everyone’s least favorite cheater Subulba, the scheming Toydarian junk dealer Watto, and the rest of the iconic cast of characters from the first space-opera movie prequel are all here with their original voice actors from the film accompanied by John William’s score.

Depending on whether you pick up the game for the PlayStation 4 or Nintendo Switch, you will receive one different aspect unique to each. The PlayStation 4 version of the game has added a slew of PlayStation Network trophies for players to collect. If you are looking for an easy platinum trophy then look no further because Episode 1: Racer is a sweet victory you can probably achieve in about a little less than three hours on average. Meanwhile, Nintendo Switch users obviously have the ability to play the game with motion controls and in handheld mode. According to Aspyr, the game runs at the maximum resolution and framerate the system can handle in both docked and handheld mode- no surprise considering this is a port of a 1999 game, after all. However, that is what Episode 1: Racer and all these other Star Wars ports boils down to in the end.

If you grew up playing Star Wars Episode 1: Racer on the Nintendo 64, Dreamcast, or PC and have been wanting to replay the title for the sake of nostalgia, the latest PlayStation 4 and Nintendo Switch releases are by far the best way to play the game. Calling it a remaster might be a stretch as Episode 1: Racer brings no new improvements to the table aside from the promise of a 1080p facelift. If you are looking for some podracing in the form of a video game, it will give you the feelings of a Star Wars title, albeit an unquestionably dated one. There are certainly far better alternatives in the genre on each system such as Wipeout and Fast RMX, but if this is a title you fondly remember and want to dabble in again, you will not be disappointed. Episode 1: Racer is certainly though a hard recommendation by today’s standards. It is not a game that has been entirely obliterated by the passage of time, but there are much better Star Wars racing titles out there that audiences can still pick up and play today.