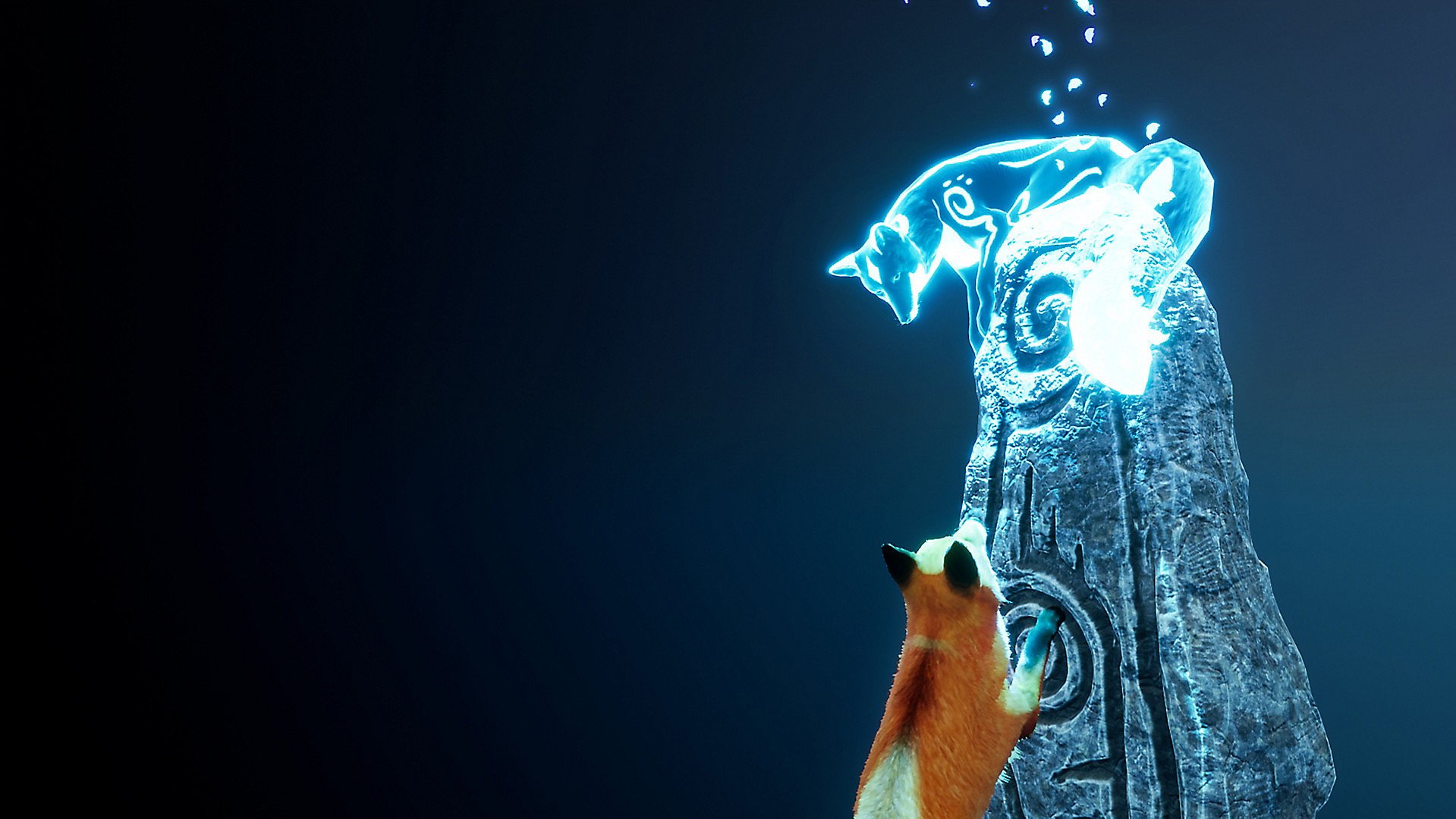 Loneliness has a stigma attached. People generally do not choose to be lonely; however, they may choose to fly solo. There’s something bracing about being alone on a clear, cold night, far away from anyone or anything familiar. But going it alone can only take an individual so far. Feelings of loneliness and camaraderie are intertwined in Spirit of the North Enhanced Edition, Infuse Studios’ utterly gorgeous, fox-starring exploration game. Rarely, if ever, has abstraction been so breathtakingly beautiful.

Spirit of the North is a single-player experience with an immediately appealing hook. The player controls an adorably animated red fox, exploring a frozen tundra in an empty world. It’s a vast, mysterious, and seemingly hostile place. The goal of Spirit of the North is not urgently clear; there is no inciting incident, no great push for the fox to explore the world and see what’s out there. But explore they must, and what unfolds over the course of the game’s length is pretty much up to player interpretation. The design philosophy is deliberately obtuse, which leads to moments of genuine triumph and discouraging frustration.

Boldly, Spirit of the North never spells out exactly where to go. One of the first things the player does is cross a trackless glacier. The environment is quietly breathtaking, snow on the ground, lights in the sky. Eventually, the player will run into a dead-end, almost literally: what seems to be the path forward is barred by a pile of rocks and a skeleton in a robe. But shuffle off the beaten path and the fox can find what looks like a shepherd’s crook in a nearby ice tunnel. Pick up the staff, bring it to the dead person, and their spirit rises from the skeleton in the form of a being of light. They bow to the fox, thankful, and then dissolve into thin air. Solving this simple puzzle opens up a path, and the fox can be on their way.

Who is the dead person? What’s the significance of the staff? Why are they out here by themselves, and how did they get separated from their belongings? Did they die of exposure, or something more nefarious? These are questions without answers. The fox, and the player, move on.

It feels like a solemn, solitary journey at first. But after some time, the fox runs into something spectral: a glowing ghost fox who seems to be heading in the same direction as the player, or maybe they’ve been leading them the whole time. An unspoken bond is formed, and after that fateful meeting, the player nets a handful of useful puzzle-solving and traversal tools.

Most puzzles in Spirit of the North are solved using a combination of these tools. The fox can hold spiritual energy in their body by interacting with blue flowers on the ground, then transfer that energy to stone pillars, like putting a key in a lock. As long as the fox is imbued with this energy, they can dash through the air or project an astral form that can walk through brambles. With the brush of their tail, the fox can also light up murals depicting the history of whatever happened in this world. However, once that energy is transferred into a pillar or mural, the fox must find more blue flowers to “recharge”. This forces the player to constantly roam back and forth from flowers to puzzles; there is no way to bank multiple charges, which makes solving some puzzles feel more drawn out.

Spirit of the North draws on a lot of inspiration from games past. There are shades of Ico, Lost Ember, and, especially Journey. It’s a decidedly minimalist experience. Each chapter features gorgeous environments with a few different types of puzzles. There are several more skeletons missing their staffs, and only the most dedicated players will be able to sniff out the missing collectibles.

The end goal seems to be to find the source of an angry-looking crimson smear staining the sky. As the fox and their spirit guide get closer to the mountaintop, streaks of what looks like red ash cause the fox to choke and cough with truly heart-rending animation and sound cues. But the fox is prepared, and with the right moves, can cleanse nearby areas of the debilitating plague.

In a choice that will either be refreshing or frustrating, is that there is absolutely no dialogue to scroll through, no village elder telling the fox to save the world from a malevolent Dark Power. The fox is cute and curious but doesn’t carry the weight of the world on its shoulders due to circumstances beyond their control. Spirit of the North encourages players to find their own way around the world. The design is nuanced, as there is really no signposting about what to do or where to go. In today’s occasionally overtutorialized video game landscape, Infuse Studio made a defiant choice to let the player progress or fail as they may. Any progression in this game always feels earned, even if it doesn’t always feel pretty.

Sometimes solutions are stumbled upon, rather than solved using trial and error. This isn’t inherently a bad thing, but it makes running into a glitch or bug all the more frustrating. Some platforming involves dashing between platforms to ride erupting geysers to a new area, and sometimes the dash doesn’t go the way the player planned. Is it the fox’s fault? Or the game? Some entire areas can be accidentally reset after solving the nearby puzzle, and there’s no easy way to restart a checkpoint without quitting out to the main menu.

It’s easy to get lost in Spirit of the North. There are no waypoints or directional cues other than what the player decides to focus on. This is somewhat of an issue in Chapter 6, an environment that is basically a series of dark caves. It’s navigable, but just barely. What makes things all the more frustrating is that the feelings of accomplishment that accompany navigation are genuinely satisfying. When the player is stymied by things that should feel simple, it takes away from the sense of joy that naturally comes with playing.

But these are minor gripes, at worst. Spirit of the North isn’t a masochistic platformer or a completionist collect-a-thon. It’s a mood piece, a showcase of beautiful environments that makes the player yearn for travel and adventure. The music is genuinely stirring and evocative. This game’s credits are tiny, just three people listed, and keeping that in mind what’s been achieved is truly incredible. There are visuals in Spirit of the North that look stills right out of National Geographic. Even the aforementioned cave section is designed the way it is to make players feel trapped and claustrophobic so that when they finally escape the cave, they feel free.

The final area of Spirit of the North is a showstopper, a reminder that exploring a virtual space can be a moving experience. It might not be the same as, say, seeing the aurora borealis in person or seeing the fjords of Norway up close. But seeing this fox and their spirit companion scamper through the gorgeous world is an unparalleled experience, and players could do worse than to spend some time in wonder.